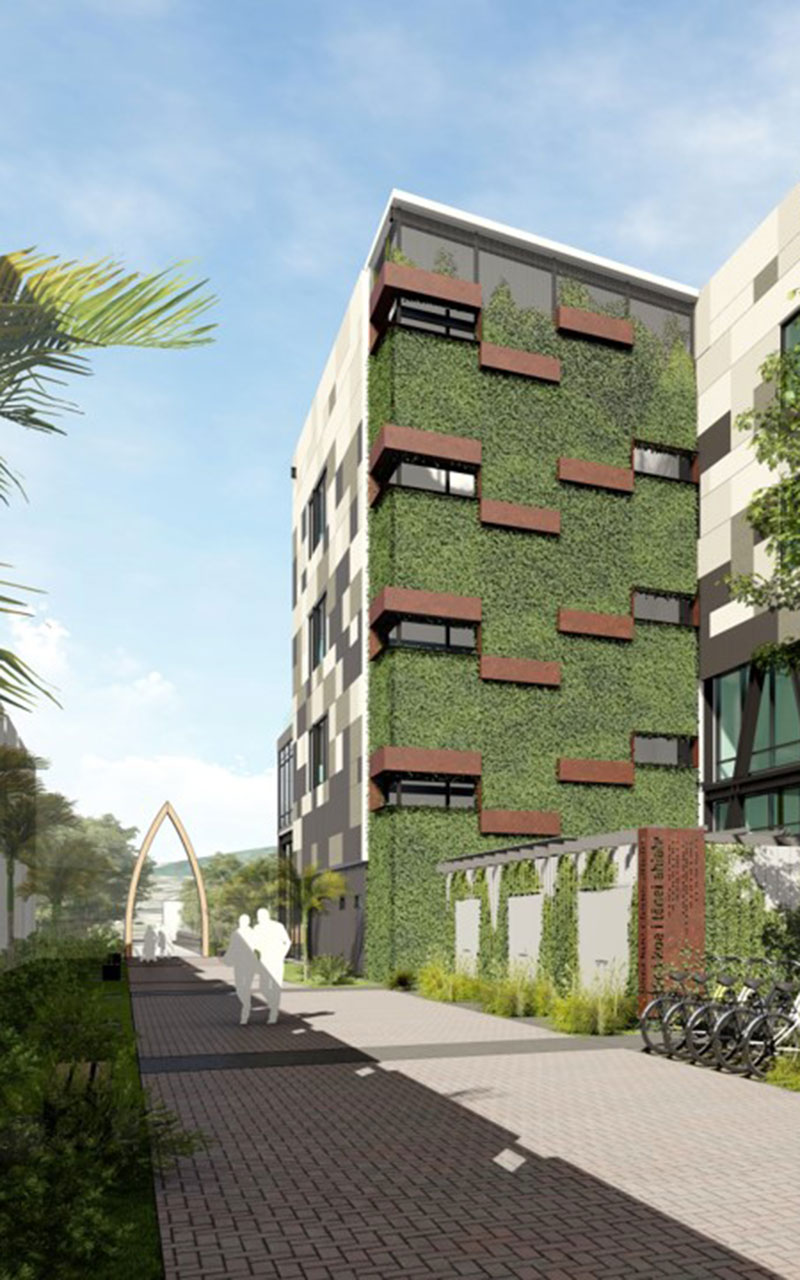 Whangārei District’s new civic building will be the result of a truly collaborative process, says Alan Adcock, general manager for corporate and project sponsor for the civic centre project. From the outset, the project was handled differently to the norm to reflect this approach, he says.
The project has been some time in the making and even identifying an appropriate site proved challenging with council eventually realising it needed expert help.
Alan says this prompted council to find the right team to work with before even being ready to start the project.
“The usual concept, then design and build path was not possible because of these uncertainties.
“So we invited contractors to get a team together to tender for the contract. So we chose a team rather than a single contractor as would be the norm,” he explains.
Part of the process was to invite each short-listed team to meet with council to engage in some workshops.
Alan says the purpose was to determine how the team worked and whether it fitted with the council’s style.
At the same time a separate, similar process was undertaken to find the right Principal’s Agent who would effectively act as project manager for the development.
“It was very much a case of don’t tell us, show us how you work,” he says.
“The intent was to identify the right culture and a compatible team. Local hapu have been involved from the inception of the project and a governance group called Roopu Kaumatua works alongside us. It’s worked incredibly well.”
The result was that the Canam Construction team was awarded the contract and Avery Team Architects has designed the building.
The initial design process was undertaken during the Covid-19 lockdowns via Zoom. Alan says this had its advantages.
“The team couldn’t work on sites for other clients as they normally would, so we had their undivided attention.
“This helped things to progress faster and enabled us to identify issues early on that would normally have been addressed at a later stage.”
Whangārei is renowned for its tricky ground conditions so proof drilling on site, in addition to the normal geotech investigations, saw bores put down in every place a pile was planned to be placed, essentially as a way to reduce the risk of the project.
“We have three different geotechnical zones on site. So we went in with our eyes wide open which meant we had the right gear on site ready for each pile to be put down.
“We could also pre-order steel and stockpile it ready for use because we knew exactly what to expect, which meant savings in material costs and good supply, as logistics chains tightened around the world as a result of Covid-19.”
Once completed the civic building will be a well-equipped, modern, fit-for-purpose central hub for local government-related activities.
Alan says council outgrew the current facility about 20 years ago and has been struggling to get by since then. With population growth expected to continue council needed to ensure it offered a central place for the community and to support staff in delivering outcomes for the district, he says.
“First and foremost, the civic centre is about bringing our team together in one building and enabling us to deliver a more efficient service for our community,” he says.
One of the key objectives was to think how social and environmental sustainability could be incorporated into the project.
For example employing locals has been a focus and Alan says the project has been a springboard for Canam Construction to establish a permanent operation in Whangārei.
The project currently has 84 percent local contractors, suppliers and consultants on site.
For example local consultants Cato Bolam were engaged by Whangārei District Council as the local civil engineering experts to design and deliver the stormwater and groundworks elements of the project.
“The low impact earthworks and stormwater design within this complex flood and stormwater catchment acknowledges the sensitivities of the environment, cultural values and delivers a long term sustainable and economic solution for Whangarei District Council and the new civic centre.
As a land development advisory company passionate about creating great places and environments, the Cato Bolam engineering team has given the project and landscape architects confidence to deliver this significant asset for the Whangarei community,” says Cato Bolam director Michelle Bain.
An important partnership with NorthTec has also been established to ensure a minimum of 10% (the project is currently averaging 15%) of all workers onsite are local apprentices or trainees.
“That means that one in every ten people working on the new civic building will be either learning a new trade, or getting practical experience in a trade they’re currently studying,” says Alan. “In fact, there are already many local firms on the team, and the intention is to use as many other local trades (e.g. tiling, painting etc.) as is practical and possible. “One way or another, there will continue to be plenty of locals employed on this project,” he says.
© Waterford Press Ltd 2021