Western Bay of Plenty – gearing up for more growth 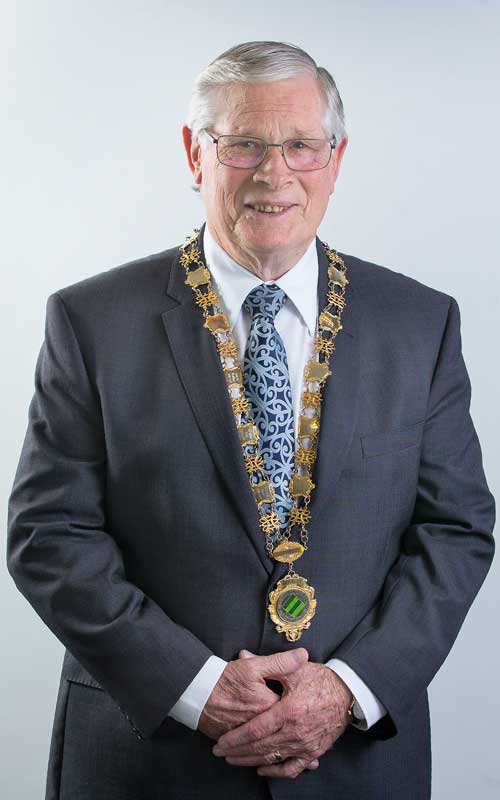 “The pace of change in local government is accelerating and we will ensure whatever the impact our district prospers through the coming changes,”

The Western Bay of Plenty is one of New Zealand’s fastest growing provincial districts. With an estimated population of 57,355 in 2021, this is projected to grow to 71,367 in 2051.

Western Bay Mayor Garry Webber believes that with change comes opportunity and big investment is due to be made in the Western Bay of Plenty over the next decade, which will bring positive outcomes for the district.

There will be a new swimming pool in Te Puke in 2026, a $100.5 million investment over 10 years in roading maintenance and $16.5 million over 10 years to provide more walking and cycling choices.

Challenges remain but Mayor Webber says that the council is committed to facing these head on. In particular the uncertainty about what the future of local government will look like, with major policy reforms currently underway – Three Waters, Resource Management, and the Future for Local Government Review.

“The pace of change in local government is accelerating and we will ensure whatever the impact our district prospers through the coming changes,” he says.

With population growth comes a need for more housing.

The Ōmokoroa peninsula has been identified as a major area of growth and the new Stage 3 Structure Plan, which will complete the urban development of the peninsula, proposes 2300 dwellings over the next 25-30 years to give a total population of 12,000 at Ōmokoroa by 2050.

Located in Stage 3 is also a town centre, industrial land, primary and secondary school, and large active reserve which will serve Ōmokoroa and its hinterland and provide substantial employment.

To cater for this significant growth council is undertaking a series of projects – roading, recreation, cycleways, stormwater, building and planning – between now and 2022.

However, a critical piece of infrastructure that remains missing is the State Highway 2 / Ōmokoroa Intersection following another setback when Government decided to withdraw Waka Kotahi NZ Transport Agency’s funding for the project earlier this year.

To counter this council submitted a $150 million application for the intersection to Kāinga Ora’s $1 billion Infrastructure Acceleration Fund.

“This is a critical project not only for the district but the western Bay of Plenty sub-region. Ōmokoroa is a priority growth area.

“We are committed to seeing this piece of infrastructure come to fruition so we can help develop connected centres across the sub-region,” says Mayor Webber.

Successful in its expression of interest, council will deliver a comprehensive business case by mid-December with Government aiming to make a final announcement on the funding allocations later in 2022.

The other big development for the Western Bay of Plenty is Rangiuru Business Park, which officially kicked off with earthworks commencing on October 7. Once completed the project is tipped to significantly stimulate industrial growth in the wider Bay of Plenty.

Mayor Webber says that the 148-hectare business park is the largest greenfield consented industrial zone in the Bay of Plenty and that it is first time a site of this size has come onto the local market in over a decade meaning a significant opportunity for businesses wanting to expand or relocate as well as new business ventures.

It is serviced by rail (via the East Coast Main Trunk Line), State Highway 2 (Tauranga Eastern Link Motorway) and local roads. It is 24km to the Port of Tauranga.

Mayor Webber says the project is the culmination of a 15-year vision working closely with sub-regional partners. It is majority owned by Quayside Properties Limited, a wholly owned subsidiary of Quayside Holdings Limited. Quayside is the investment arm of the Bay of Plenty Regional Council Toi Moana. The project received a boost via an $18m grant from the Provincial Growth Fund in 2020. It is expected to create around 4000 jobs and will provide a vital link between the eastern and western Bay of Plenty.

Mark Boyle, managing director of Te Puke EDG says that Rangiuru Business Park will be hugely significant for the region.

“It will potentially create around 4000 jobs in coming years and see many industries relocating here including warehousing, logistics and other agribusiness. It will be a huge boost to our local economy.”

Mark says that the agribusiness infrastructure and systems to cope with the huge growth are well managed. Likewise there are good schools and retail and town centre. But more housing is needed to meet demand.

“As the growth of the region continues housing must keep up. We’d like to see more housing approved for the east of the Western Bay of Plenty,” he says.
Mark says Te Puke is a great place to live with jobs, strong on-going economic indicators and lifestyle.

“You are minutes from great beaches, mountains, hunting, fishing and cycling. It’s close to Whakatane, Tauranga and Rotorua.

“We’re a high producing agribusiness area with a well-established community; it’s a great place to live. We’re in a tremendous growth period and we’re all about being future focused.”

Nigel Tutt, the chief executive of Western Bay of Plenty economic development organisation Priority One, says the region’s strong horticulture industry is a key driver for economic growth, with 40% of New Zealand’s kiwifruit crop grown in the region.

“It is a rare industry that has gained higher prices alongside increased supply and has an excellent growth outlook,” he says.

The industry is currently in a boom with 250ha of new plantings each year creating around 500 jobs annually.

This has been driven by international demand for product and has seen many horticultural companies and processors experience huge growth.\

“There are also a huge number of businesses aligned to the agribusiness industry that have been kept busy in a flow-on effect.

“It will be important for us to ensure availability of talent for the industry and to ensure that the supply chains to export markets are efficient so that we can realise future growth.

“The Port of Tauranga is an important asset for the region in supporting these exporters.”