““These guys were milking well in excess of 1000 cows an hour. The best we can do in New Zealand is 500 an hour if you push the upper limit. So we looked at what we could do, came back with concepts and Cameron put a huge amount of research into design.””

Taranaki farmer Shane Ardern recently visited big dairy units in the United States in search of a faster milking solution, returning with clever answers.
“The issue you have in New Zealand, is that while dairy herds continue to grow, our ability to milk in a timely fashion hasn’t moved since the 1980s.
“ We couldn’t get advice anywhere in New Zealand about how to get out of this mindset. We had a perfectly good 40-bale rotary shed but the capital cost of getting Waikato, GEA or DeLaval to build a new plant was going to be in the area of $2 million because it had to be totally greenfield and couldn’t be built on our existing site.”
Farming in Te Kiri, on the south-western foot of Mt Taranaki, 11 kilometers east of Opunake, the Ardern farm operates as a family unit consisting of Shane, wife Cathy along with son Cameron, milking 610 cows off a 196 hectare effective platform.
Travelling to the United States with Cameron, several farms were visited with herds ranging from 4000 to 33,000, settling on one farm milking 7000 cows and another milking 12,000 for further study.
“These guys were milking well in excess of 1000 cows an hour. The best we can do in New Zealand is 500 an hour if you push the upper limit. So we looked at what we could do, came back with concepts and Cameron put a huge amount of research into design.
“We modified and updated our existing rotary and built another one beside it.”
The farm now has a double rotary platform sitting side-by-side, counter rotating, and providing a total of 80 sets of cups.
The technology includes hydraulic platforms that can be adjusted to suit the height of each operator in both cups on and cups off sides, though ACRs have been installed.
Because the platform floor is not fixed concrete the ergonomics extend to making it easier on the operator’s legs and knees.
With two to three metres between platforms a hydraulic platform between the two rotaries has been installed enabling easy application of all animal health activities.
“The yard system is the most sophisticated part,” explains Shane. “It allows us to milk up to four herds seamlessly. They can go in and out without crossing over or us having to go in and shut gates or stop one shed while one herd changes over and all that sort of thing.
“ So the cows can be milked continuously. The new set-up is faster and better and we have reduced milking time to one hour.”
At a capital outlay of $1.4 million, the twin rotary system is to the best of Shane’s knowledge the only system like it in New Zealand and provides the fastest milking time, improving work/life balance, environmental and economic sustainability.
‘The efficiency gain is enormous. You have staff freed up for work that’s more productive, rather that standing in a shed for hours and hours.”
Looking towards the future, Shane says the use of robotics is the next step, but not as it is currently understood.
“The problem you have with existing robotic sheds is that something like 30% of the cows total feed intake is used in the shed to entice them to voluntarily enter the shed.
“That’s counter to the New Zealand way of farming, which depends on low cost pasture based feeding.
“We’re investigating rotary cup installation by robotics using a standard farming system where cows are brought in in batches. GEA and Delaval are quite advanced in their research into this. So that is where our eyes are focused in the future.” 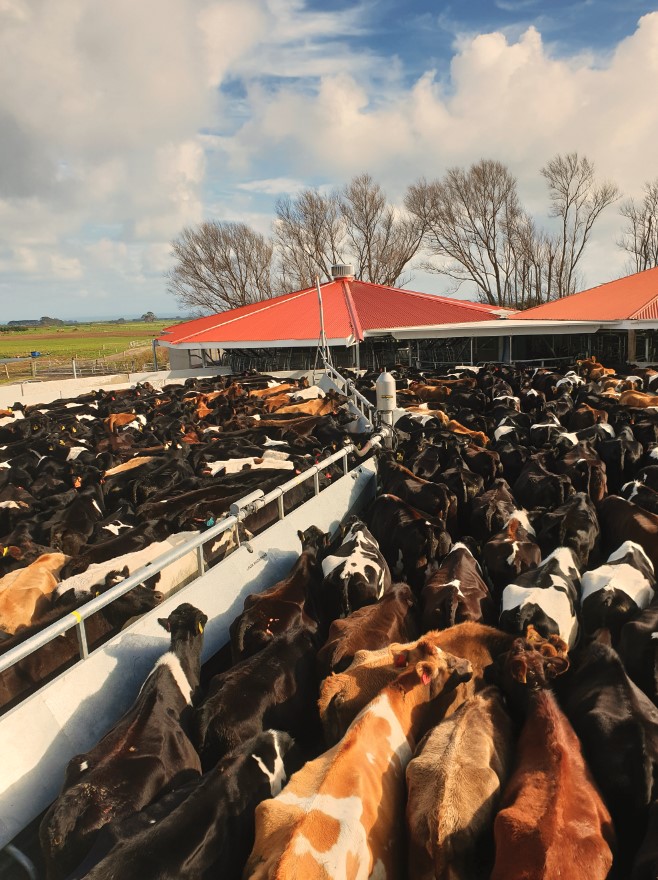 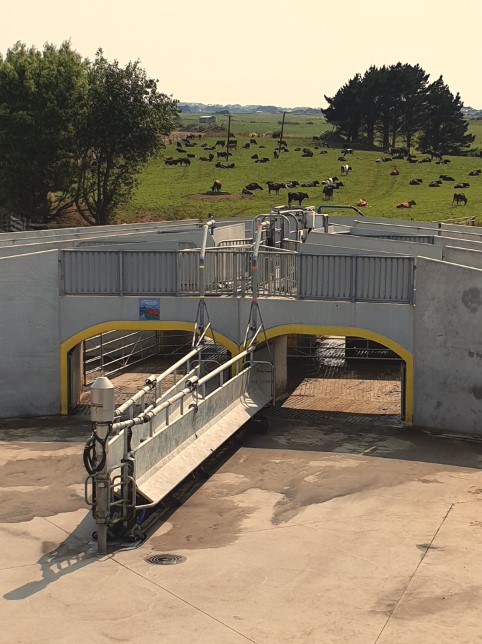