Todd Energy – excellence all the way 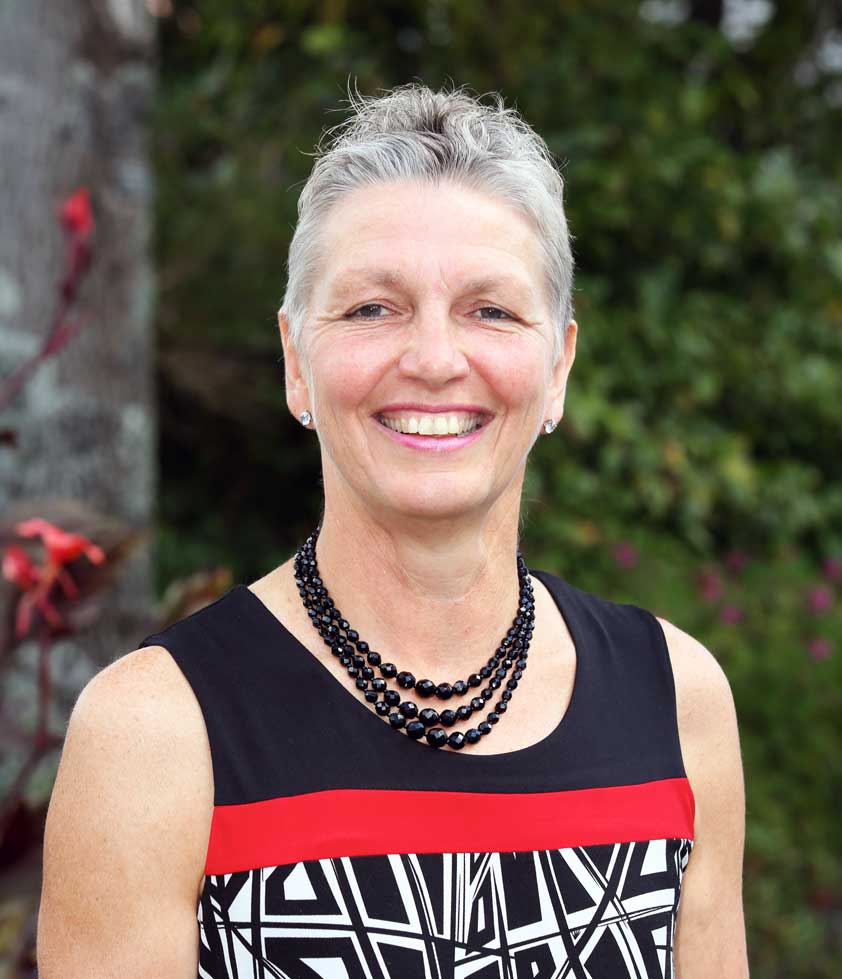 “As a family-owned New Zealand business, Todd Energy is committed to active involvement in the local communities it operates in”

As Todd Energy’s CEO Dr Joanna Breare prepares to leave the role she has held since 2014 she reflects that one of the things she is most proud of within the company is that it employs positive people with a can-do attitude.
“Our people see a problem and they don’t create another one, they always look for solutions. Out of adversity, whatever it may be, our people inside Todd come up with great ideas — we’ve employed some fantastic people — and we really do aspire to our mantra of ‘Excellence in Energy’.”
Joanna says that in her time as CEO one of the biggest things that impacted the energy industry was the price of oil that went from over $100 a barrel in 2014 to $65 a barrel today — hitting a low in 2020 of around $11 a barrel.
“As an organisation Todd Energy has worked its way through that challenge and we’ve still managed to expand our business, employ many new local people, and deliver on our aspiration of being the largest onshore producer of natural gas providing reliable, affordable energy to New Zealand.”
Todd Energy is the operator responsible for the production of natural gas that it sells to Nova Energy, part of the wider Todd Corporation business.
Nova Energy then either on-sells that gas to local or national buyers, or makes use of it themselves to supply electricity through their two Taranaki based peaker plants.
The peaker plants Nova Energy operates are important for ensuring New Zealand has an affordable and reliable electricity supply as the country moves toward a low emissions economy.
“In fact, as the country works to build up our renewable electricity base, peaker plants remain really important for supplying electricity on days when the hydro lakes are low, the wind isn’t blowing, the sun isn’t shining, and the rain hasn’t fallen, or the snow hasn’t melted,” Joanna says.
Todd Energy’s roots go back to the 1950s when it formed a Joint Venture (JV) with Shell and BP, together discovering the Kapuni natural gas field in south Taranaki.
Around the same time, Todd Energy was involved in the discovery of the offshore natural gas field, Maui, which was developed over a ten-year period.
In the late 1980s, BP moved out of the New Zealand market and Shell Todd Oil Services (STOS) was formed, operating on behalf of Shell and Todd.
In 2002, Todd Energy purchased the McKee Mangahewa field in north Taranaki from Shell, with STOS remaining the operator of the field for a further four years.
In 2006, Todd assumed 100% ownership and operatorship of the McKee Mangahewa fields and in the same year, the Pohokura discovery came into production, with Todd Energy part of the group which was involved in its development.
In 2009, the Maari field, which Todd also held an interest in, came onstream.
“More recently, Todd Energy’s focus has shifted toward the development of onshore natural gas and, as a result, sold the shares of both Maui, an offshore natural gas asset, and Maari, an offshore oil asset, in 2017 and 2018 respectively, “ Joanna says.
In 2017, Todd Energy purchased Shell’s 50% share of the Kapuni field, and in 2020 acquired Vector’s Kapuni Gas Treatment Plant.
Today, Todd Energy has 100% ownership and operatorship of both the Kapuni and McKee Mangahewa fields. Focus continues to be in Taranaki as a region and on New Zealand as a whole.
“While we do have some exploration acreage, both on and offshore, which we are still evaluating, our focus remains on the development of our McKee Mangahewa and Kapuni onshore natural gas fields.”
Looking to the future, Dr Breare says Todd Energy plans to continue developing its Taranaki assets to meet its aspiration of being the largest onshore producer of natural gas providing reliable, affordable energy to New Zealand.
At a local level, Todd Energy is a key employer in the Taranaki region, employing hundreds of people, from staff members at its plants, offices or its warehouse, through to an equivalent number of contractors, many of whom are brought in for their specialist skills for specific jobs such as planned maintenance shutdowns.
Wherever possible local fabricators are engaged and valued relationships have been forged with a number of local contracting companies.
“One of our most recent projects, completed in 2020, had about 80% of the equipment, infrastructure and vessels fabricated locally here in Taranaki, or within New Zealand, which is a great outcome for the local economy,” Joanna says
“As a family-owned New Zealand business, Todd Energy is committed to active involvement in the local communities it operates in,” she says.
“Genuine partnerships are an integral part of our commitment to the community and our aim is to support initiatives that enhance, support and contribute to the safety and wellbeing of the communities where we operate.”
Dr Breare adds that it is not just about supporting the community financially — it’s also about supplying people who have the time, effort and passion to be active in their support of the community.
“On a personal level, I’ve contributed significant amounts of time with my work on Taranaki 2050, which was about ensuring Taranaki remains a great place to live, work and play whilst driving towards a low emissions economy by 2050.
“I was also Chair of BeSafe Taranaki, which is about the safety of people working in any industry in the region.
“Other members of the Todd team volunteer their time on everything from the Climate Change Commission working groups to local school Boards and the Boards of charitable organisations.”
Joanna says that it ultimately about ensuring Todd Energy does what it can to ensure Taranaki remains a diverse community with a great quality of life “for all those who chose to call this region home”.
© Waterford Press Ltd 2021 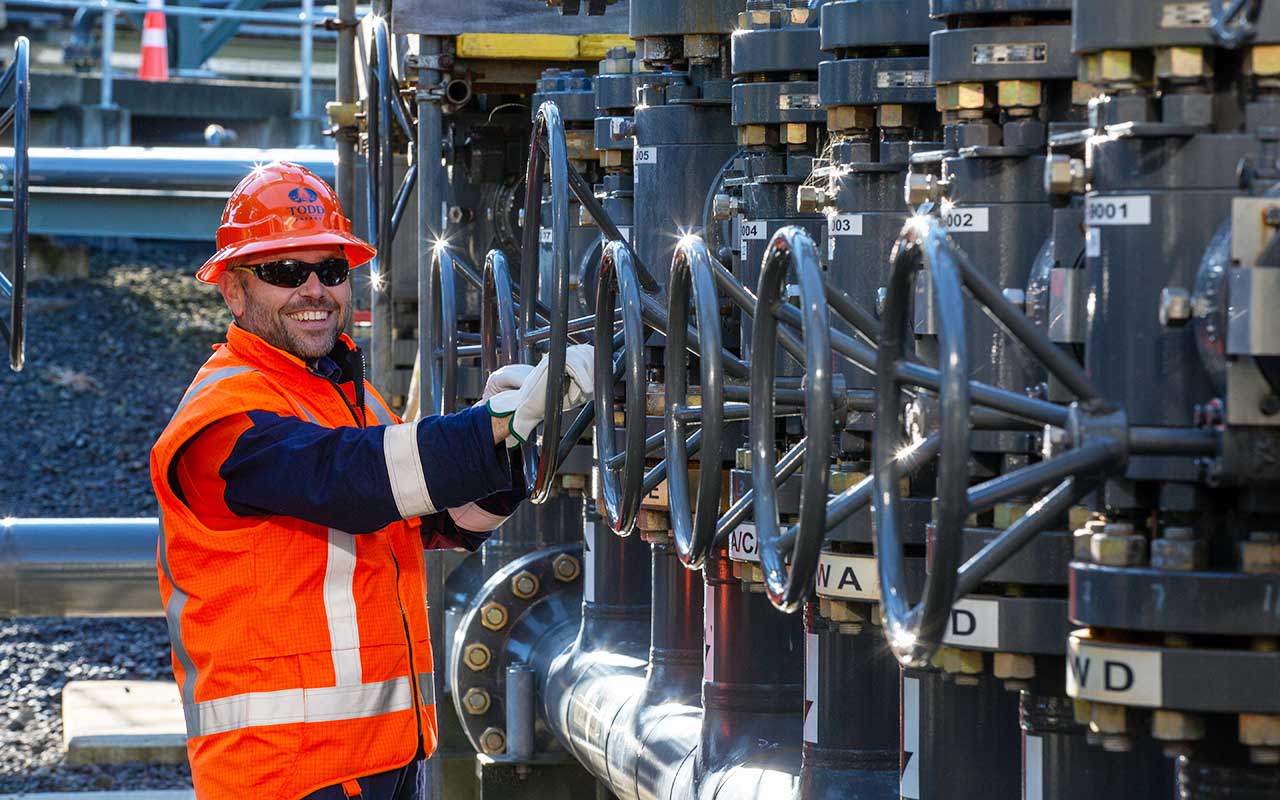 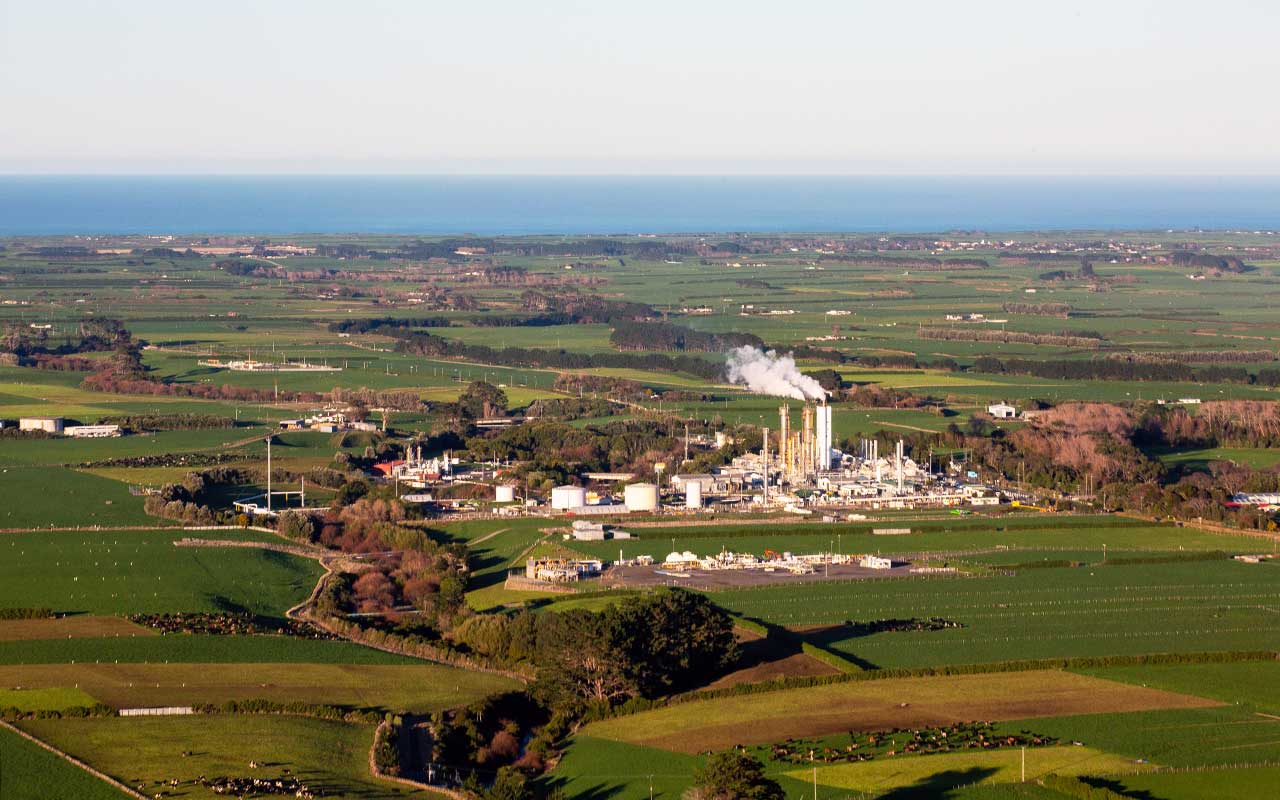 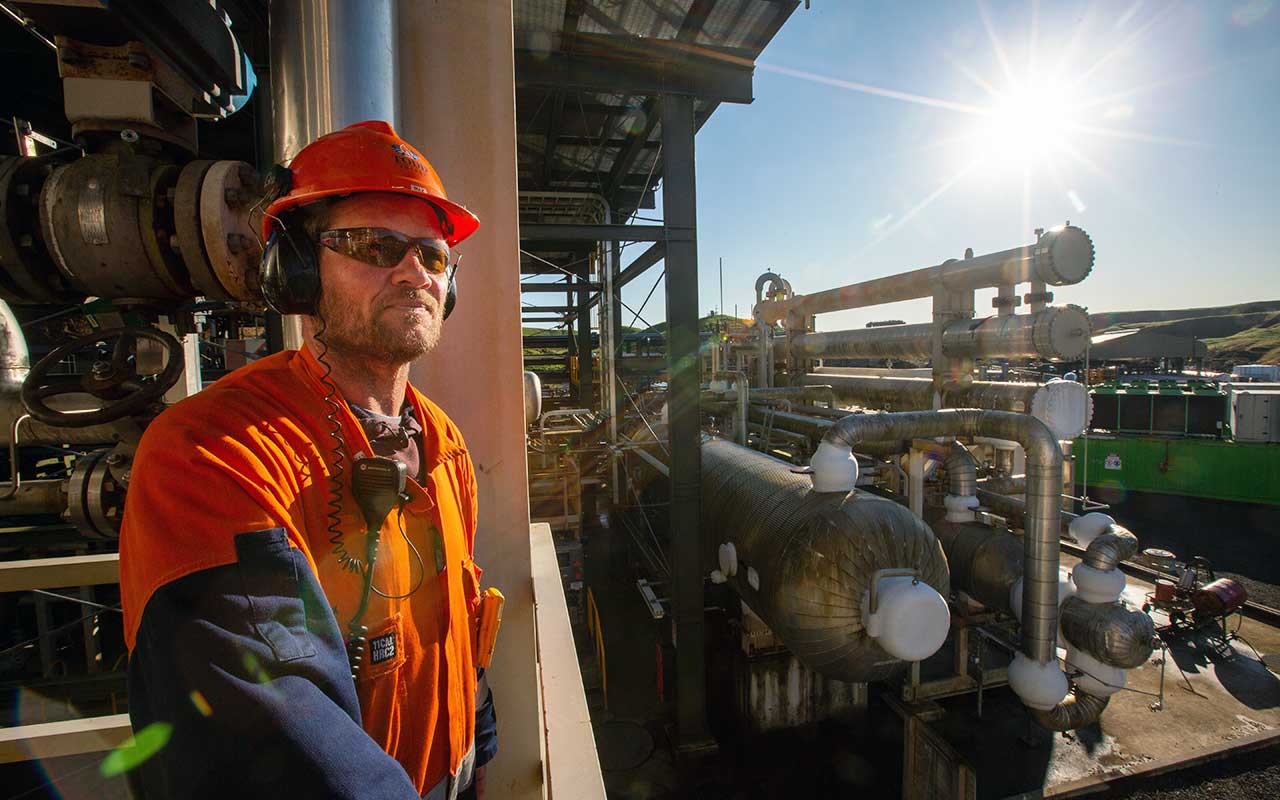 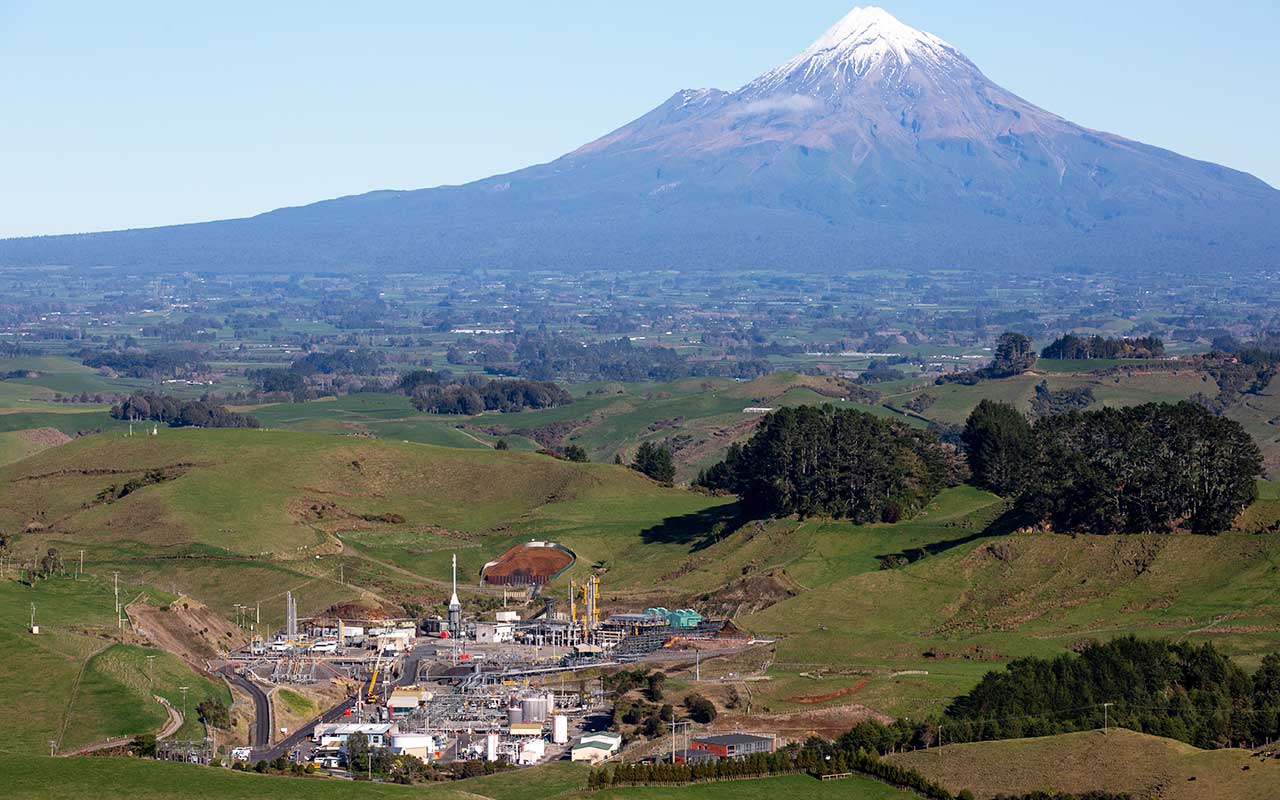 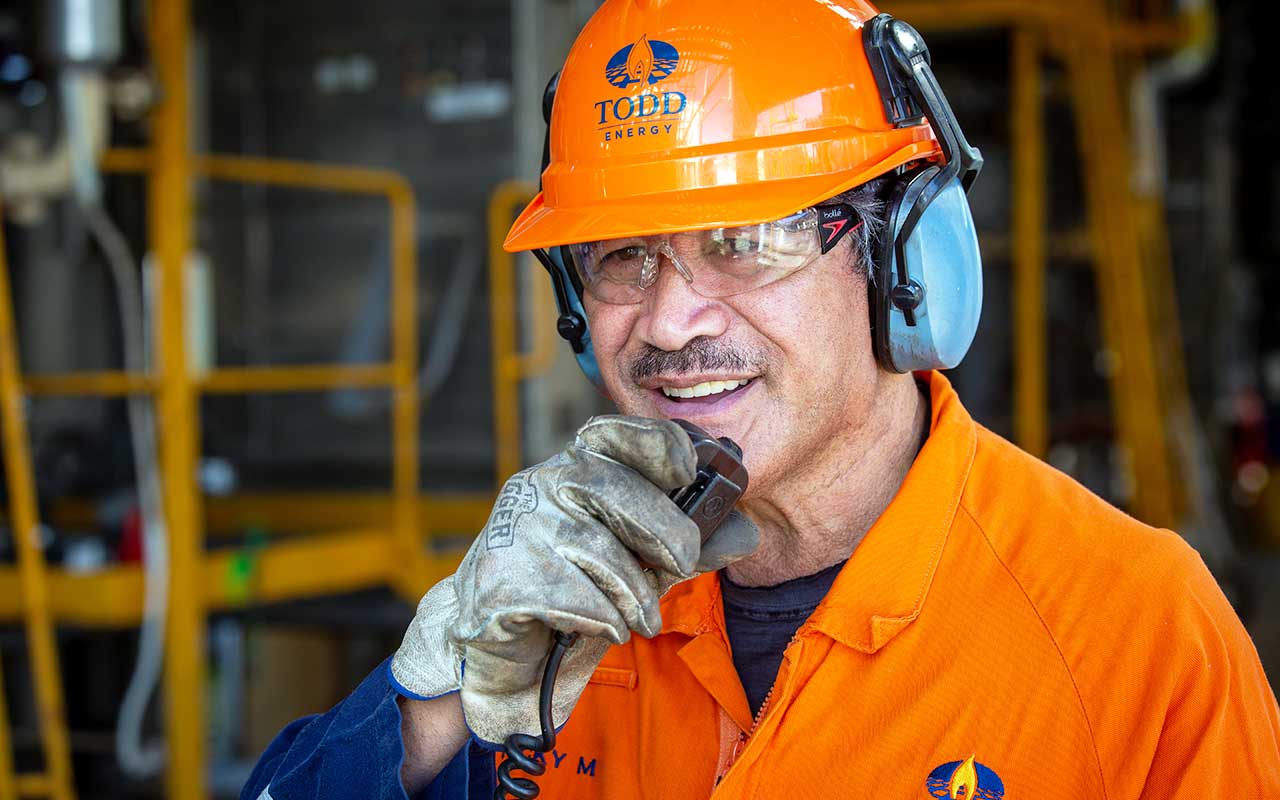 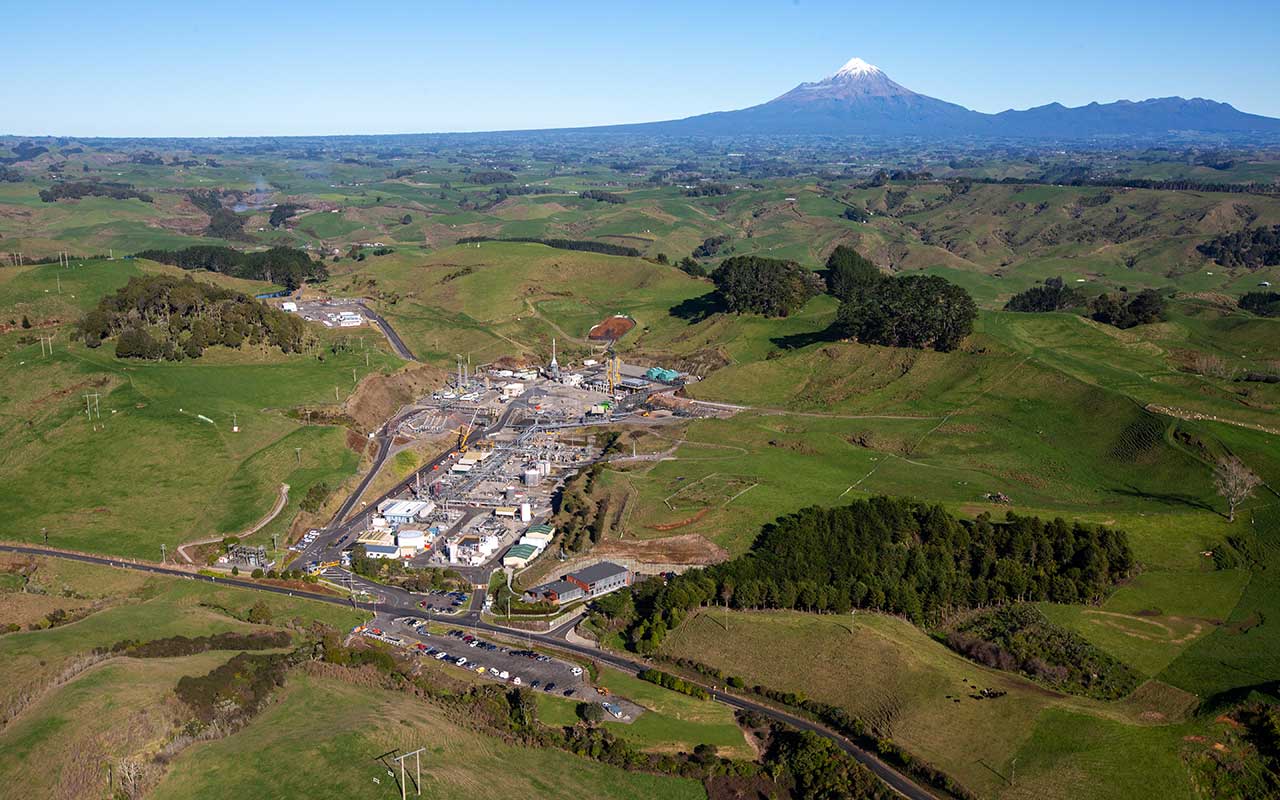