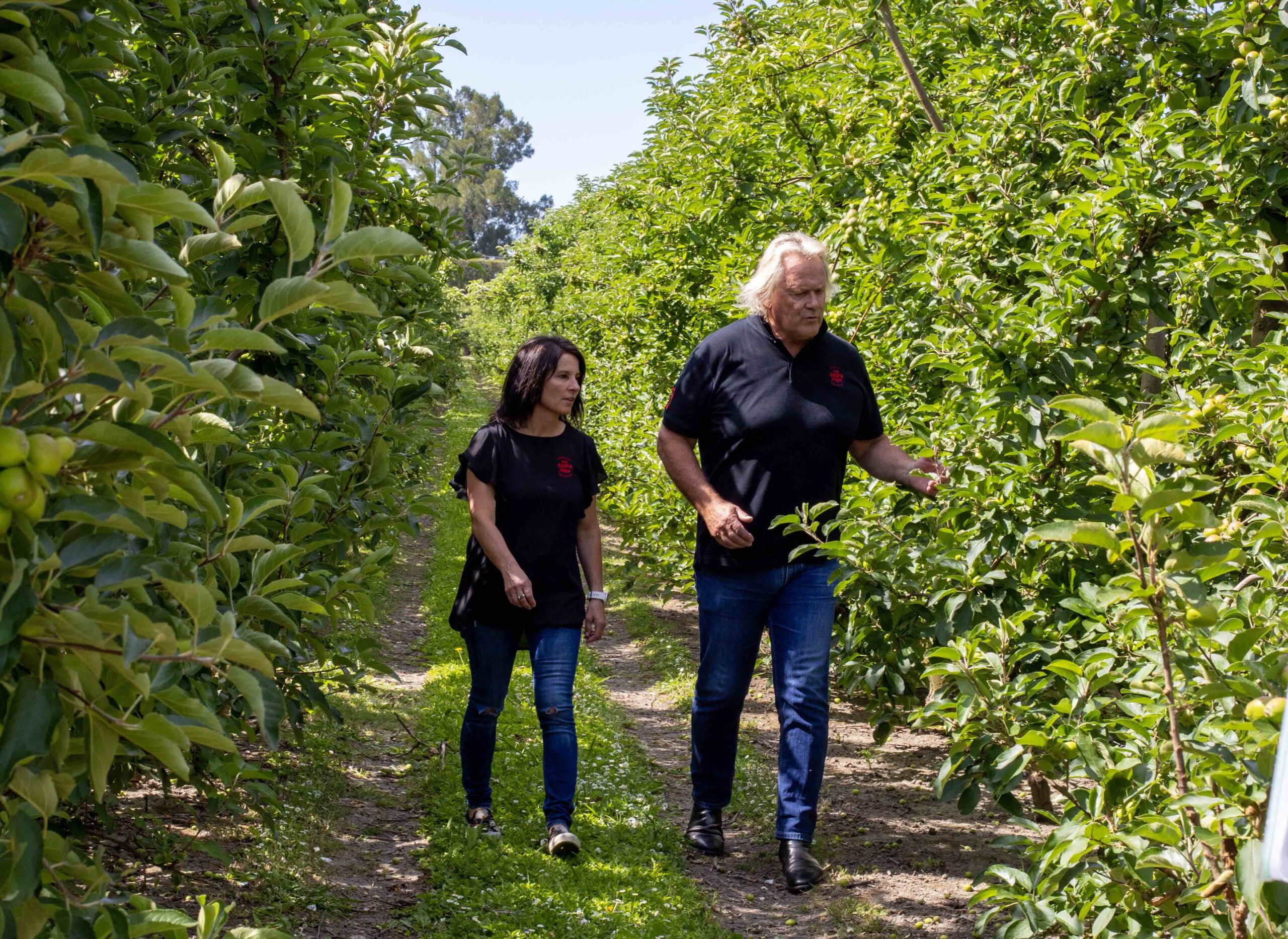 From ugly and unwanted fruit to the healthy crisp deliciousness of real apple juice, The Apple Press range of premium quality single variety juices is lining supermarket shelves here and abroad—and people love it.
Evolving from Hawke’s Bay, renowned as the food bowl of New Zealand, The Apple Press journey has taken seven years from the idea to now and the perfect fusion between orchardist and food technologist.
Ross Beaton had been growing and exporting apples from his Hawke’s Bay Orchard but each year 10,000 tonne of ugly fruit that didn’t make the grade for fresh consumption went to waste.
While still highly nutritious, the apples had minor blemishes through Mother Nature and, just like the ugly duckling, were not aesthetically pleasing.
Wanting to find a meaningful use for the blemished apples, Ross sought assistance and found it in Sally Gallagher who possessed a background in food technology.
“So we went on this journey to see what we could do with the ugly fruit,” says Ross.
“We had this fabulous ingredient that we wanted to do something special with on scale and take to the world.”
With the objective of adding value to a product that would otherwise go to waste, Ross and Sally embarked on a voyage of discovery considering options from baby food to pet food. In the end the feasibility indicators pointed to a beverage.
“So we said what sort of beverage and what technology do we need,” says Sally.
“There was no point adding value to a primary raw product if you were just going to sell it to the local market—it had to be exportable and that meant it had to have an extended shelf life.”
Taking the concept to the Food Bowl in Auckland for development, 3000 bottles of juice were made which Ross says was the world’s best apple juice ever produced.
“We then tried to find a co-manufacturer but were unable to find anyone in the Southern hemisphere to do what we were looking at achieving.
“So one day, while sitting under an apple tree, Sally said why don’t we build a facility.”
After several deep breaths the decision was made, and Ross and Sally spent two years designing, raising significant capital and building the plant in Whakatu, Hawke’s Bay.
“We wanted a product that looked and tasted like a fresh apple, while at the same time had an extended shelf life,” says Sally.
“So we spent quite a long time determining what that technology looked like, finally settling on state-of-the-art aseptic filling technology from Germany.”
“Basically you take cold pressed apple juice, pasteurize it, then fill the bottles in a sterile environment, this ensures the product is safe – and that’s how we get our long shelf life.”
But each variety has its own personality and tastes that vary in acidity and sweetness, appealing to different people’s preferences. But as consumers around the globe become more discerning they look for points of difference.
“We said wine is produced from single grape varieties, and the question was why couldn’t we do that for apples. There are lots of new apple varieties so let’s hero those apples individually, rather than blended together.”
All tree-ripened and handpicked from Hawke’s Bay Orchards, varieties include JAZZ™, Braeburn, Envy™, Pink Lady™ and Royal Gala.
Still ramping up operation, the state of the art bottling plant has capacity to produce 50 million bottles of premium juice each year, with the ability to double that capacity as demand increases.
The Apple Press’ products are currently distributed to supermarkets in New Zealand, Australia, Japan, Hong Kong, Singapore and about to launch in Taiwan.
Two months after commencing production in 2018, The Apple Press won the NZ Food Award in the Non-Alcoholic beverage category, for its JAZZ™ variety.
Just like the ugly ducking, ugly apples have been transformed into something extraordinary. 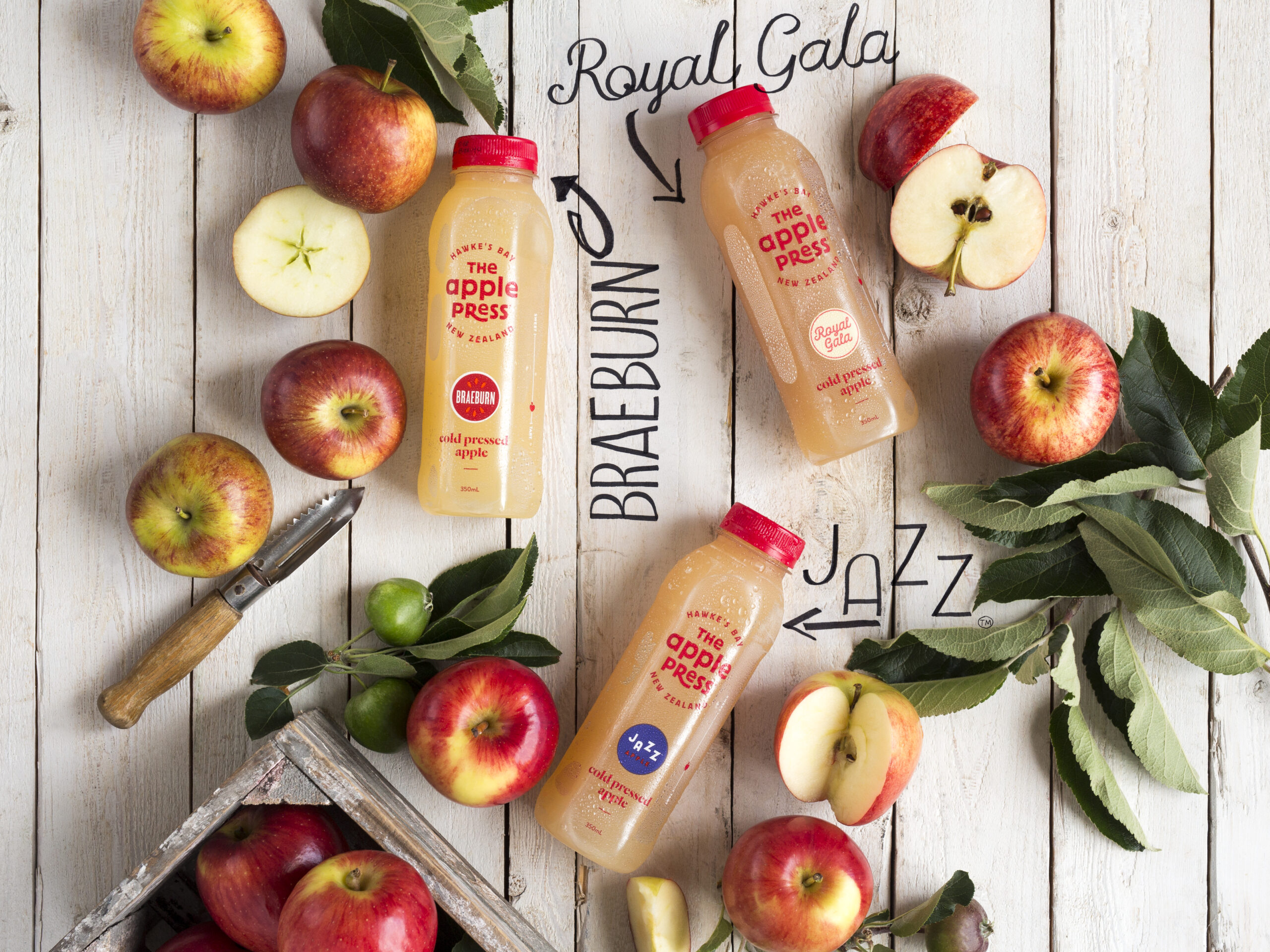 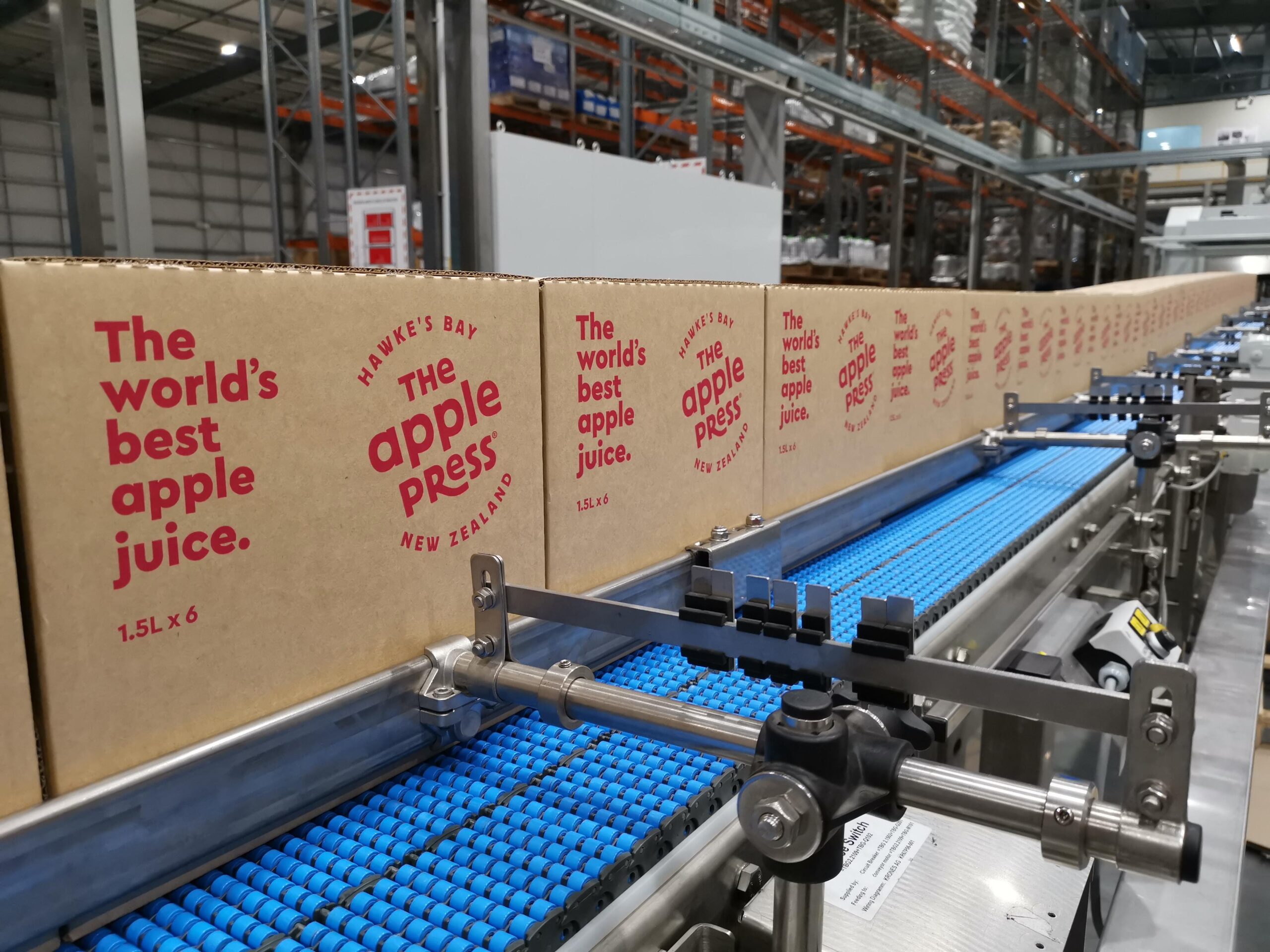 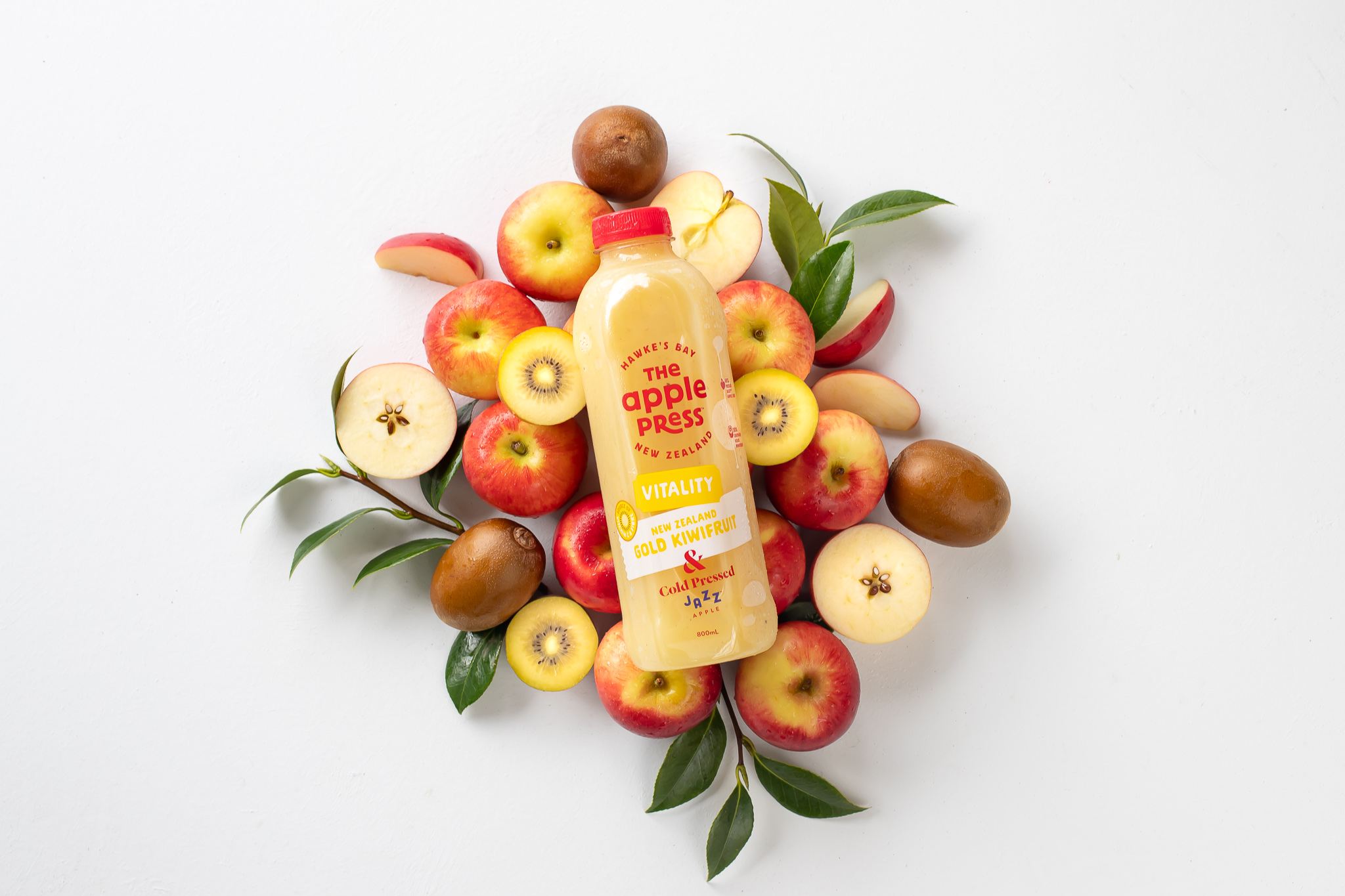 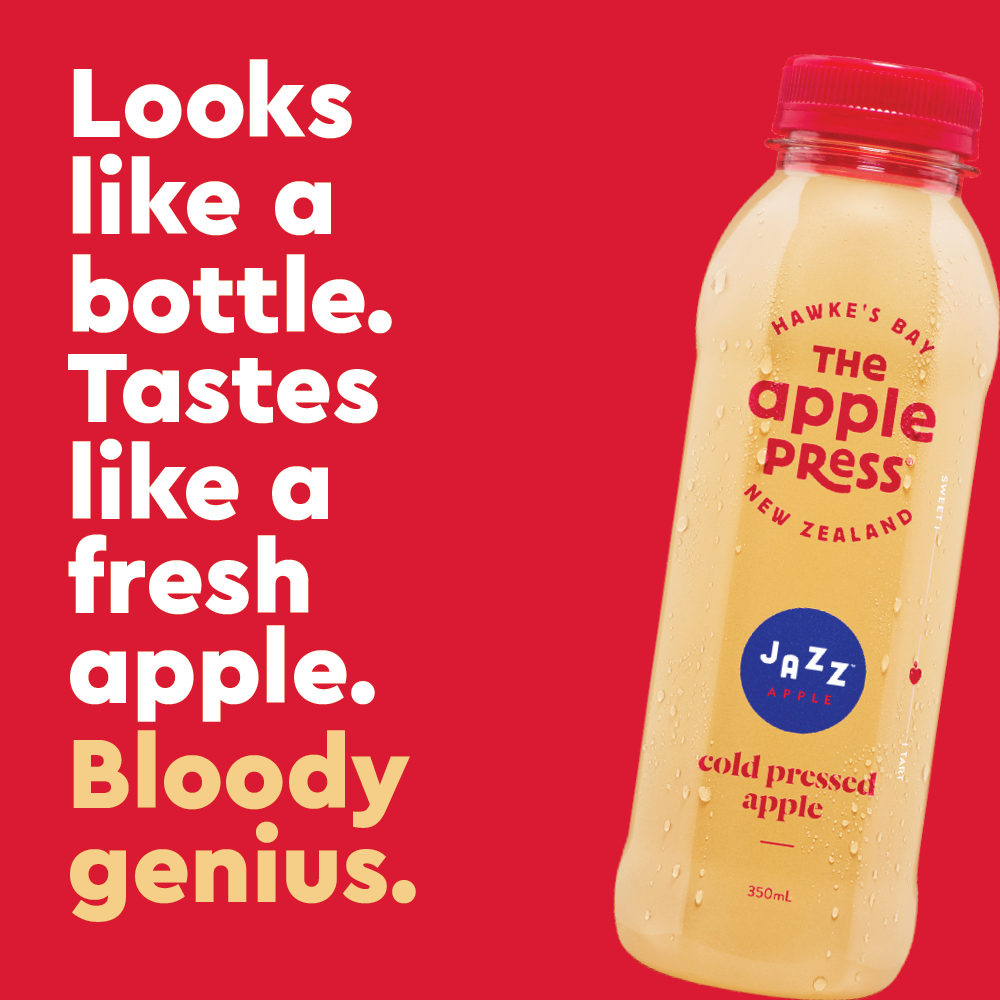