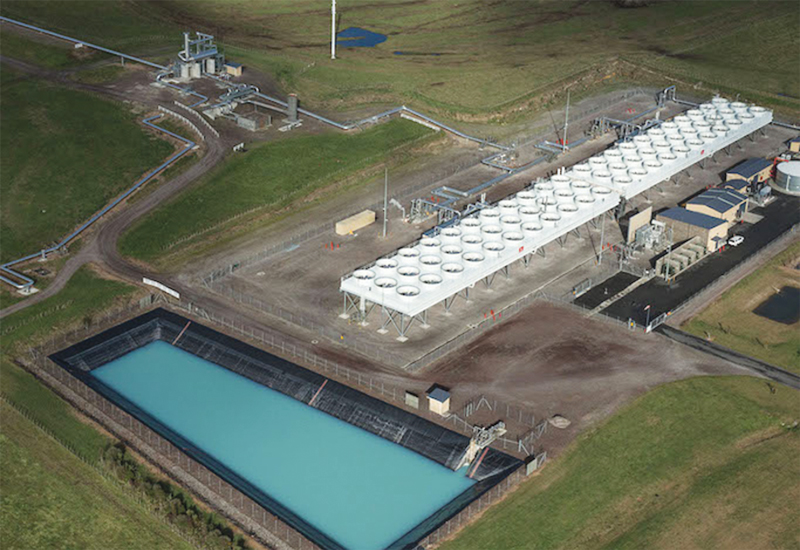 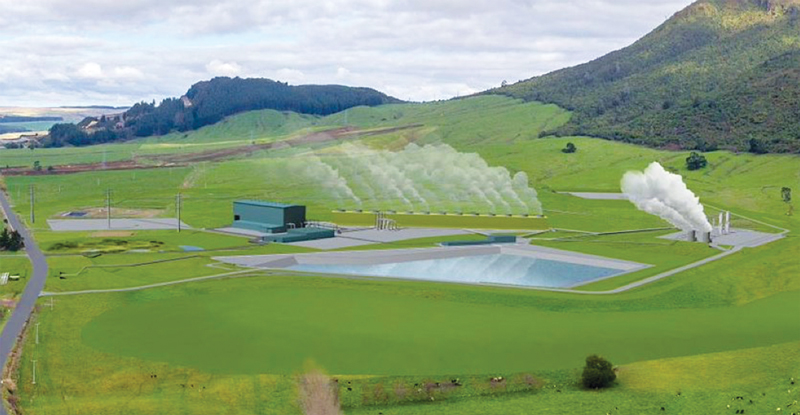 “The culture on-site, client and project team communication and delivery, was like nothing I’ve ever experienced before.”

Strict programming and efficient use of resources allowed Hick Bros Civil Construction to complete its work on the Tauhara Geothermal Power Station ahead of schedule.

The Tauhara power station is Contact Energy’s second geothermal development at the Tauhara field near Taupo.

Tauhara has a 152MW capacity and is expected to generate over 1300 GWh per year.

“For Contact, this is a further opportunity to reduce our reliance on gas, which has already massively reduced as a result of recent geothermal projects at Te Mihi and Te Huka.

“Developing geothermal resources for electricity generation also opens up opportunities to provide heat and steam directly to industry, like we already do in Taupo with Tenon and Natures Flame, displacing further use of fossil fuels,” he says.

“At Contact, we have a strong belief that geothermal energy will make an increasingly significant contribution to New Zealand’s energy scene.

“Geothermal has been providing reliable electricity generation at Wairakei for over 60 years and today, along with several other geothermal plants, provides about 17% of the nation’s electricity.

“New Zealand is blessed with world-class geothermal resources, with some great undeveloped potential, so we expect these to be utilised as we seek ways to further electrify for efficiency and to reduce our dependence on fossil fuels.”

Completed in a single earthworks season it was a massive undertaking and saw Hick Bros move the majority in four months with 20,000m3 getting moved each day at the peak period.

To do this, the company pulled in the big boys – 50-tonne and 70-tonne excavators and 50-tonne dump trucks.

To give some comparison the company would typically use equipment with a 20 tonne or 30-tonne capacity.

Victoria says that strategic planning was required to complete the project on time, optimising truck movements on-site to undertake cut to fill and compaction requirements to meet specifications.

People were the other important part of the equation for the successful project. Hick Bros recruited locally, using only a small portion of its existing staff on the project. The timing was fortuitous – many skilled workers had arrived back to the region due to Covid-19. They have now been hired permanently on staff and are busy working on the company’s next project.

On the back of the success of the original project, Hick Bros was engaged to complete the earthworks and build the roads and lined ponds for one of the good pads.

It also undertook additional variations taking the total earth moved in the project to nearly 1,000,000m3.

Victoria says it was a real testament to the entire team that Hick Bros managed to meet specifications and deliver a high-quality project in a tight time frame, even exceeding targets, despite coming across some sticky moments.

“A couple of times we hit some challenging material – pumice and volcanic ash. But we managed to separate the good material we could use in the project and dispose of the rest.”

She says Contact Energy was outstanding: “The culture on-site, client and project team communication and delivery, was like nothing I’ve ever experienced before.

“The client was there every day on-site helping to solve problems and at Tool Box meetings, providing facts about the wider project to keep the team engaged in outcomes so everyone could see the progress that was being made.”

“We were one big tight-knit project team, a family. It was an incredibly positive experience and a fantastic project to be involved in.”

Victoria says everyone was fully involved from start to finish, rolling up their sleeves to get the job done. For example, our truck drivers did geotechnical testing with a scalar.

“It’s not something they would typically do but they learned and this meant they could complete the reassurance testing as they did the job so they knew they were doing a great job and when we went through to check it met spec. It was about doing the right job the first time every time.”

Based in Silverdale, Auckland, Hick Bros Civil Construction Ltd has been a significant force in the industry since its founding in 1986.

Victoria says Hick Bros’ ability to identify and deliver on the client’s key drivers by encouraging a comprehensive team approach, both within its structure and in conjunction with all other project members, sets the firm apart.