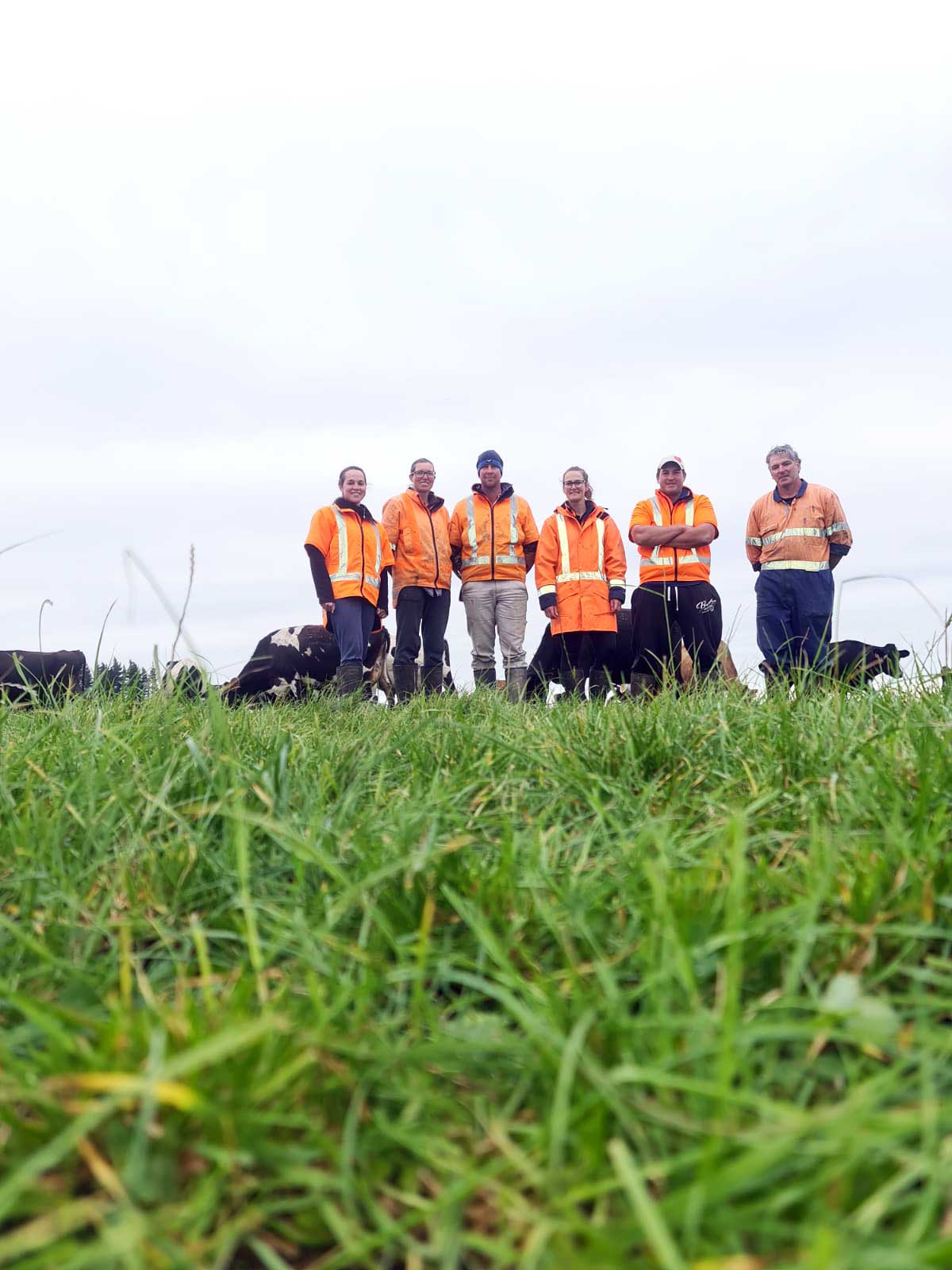 Grasslands is going through a significant phase of growth. Over the past four years the company has expanded into Southland, acquiring a number of farms around Mossburn and coastal Southland.
The most recent acquisition is two farms off the coast of Orapuke near Riverton taken over in June 2019. This takes the company’s Southland operation to a total of six dairy units comprising 2175 hectares. With an effective milking platform of 2100ha the operation now milks a total of 6500 cows producing 2.25 million kgsMS and, through its contract milkers, provides employment for over 29 full time staff. The Southland operation is supported by a 1000ha lease farm in northern Southland that provides support for its young stock and wintering of cows.
Simon says Southland has required a different type of farming practice to suit the different environment and weather conditions there. Grasslands is trying various wintering techniques and focusing on getting the stocking rate right for the land. A comparative stocking rate analysis is used to determine this and the aim is for 85 on the index.
The company’s Canterbury operation has also ballooned and is now one of the largest contiguous dairy farming operations in New Zealand. Located on the northern bank of the Rakaia River against the backdrop of the Southern Alps and Mount Hutt to the west, Grasslands’ Canterbury operation includes nine self-contained dairy units across 3,500ha milking 8800 cows and producing 3.2 million kgMS.
Grasslands chief operating officer Simon Le Heron says that the continuous nature of the property makes it an iconic landmark and provides for great operational efficiencies.
Soil types are predominantly Lismore and Ruapuna silt loam containing river stones. Situated at approximately 300m above sea level, average rainfall is 1050mm per annum. This contrasts with the Mossburn operation, which also sits at approximately 300m above sea level but has a slightly lower average rainfall of 950mm per annum.
The huge growth of Grasslands can be benchmarked against the fact that when Grasslands was formed by Gary and Barb Townshend with a group of dairy farmers from New Zealand and Ireland in 2000, it originally comprised 1608ha in Hororata, Canterbury, running 19500 stock units, which were mainly merino sheep.The first dairy platform was commissioned in 2003.
Across Grasslands’ business in Southland and Canterbury the breed of cows is an efficient jersey crossbred that is 10/16 jersey and 6/16 friesian. The farms, under a mix of management and contract milkers, mainly supply Fonterra with two farms in Canterbury supplying Synlait. This year’s total production target is 5.3 million kgMS up from 5.1 million kgMS achieved the previous season.
Simon says Covid-19 did not have a huge impact on Grasslands’ operation – if anything it resulted in more stability as staff sought secure employment. It was also a lesson in ensuring that teams could work more independently.
He says that Grasslands continues to seek more acquisition opportunities if the right properties present themselves to the market:
“It’s about continuing to develop our people, doing the basics of farming right and also still looking for opportunities to expand and grow the business for our shareholders.”
© Waterford Press Ltd 2021