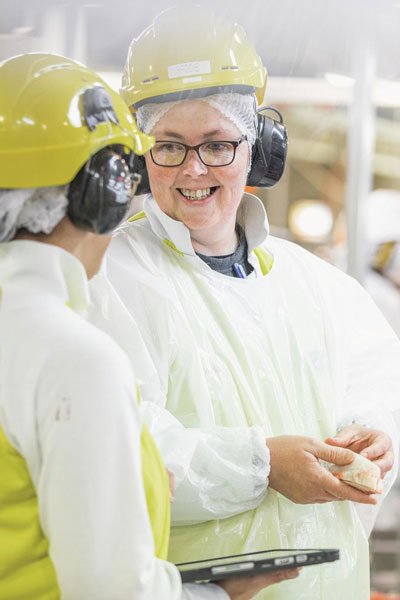 “We’re very dependent on the skills that our people carry and our workforce is very skilled.”

The Finegand plant has been part of the Clutha landscape since 1912, starting its journey on the very same site as it is now, established from the ground up by the South Otago Freezing Co-op.

Nine years after starting operation the plant processed its millionth sheep in one season, a clear demonstration of just how quickly the business had grown servicing local farmers and its emerging importance to the local community.
Over the years the Finegand plant has been owned by Waitaki Co-op and the PPCS Group, until it was rebranded as Silver Fern Farms in 2008.

While most of Silver Fern Farms’ facilities process a single species — either lamb, beef or venison, the Finegand plant is dual purpose processing both lamb and beef, a reflection of the region’s farming focus.

Apart from stock occasionally drawn from outside the region due to emergency, Finegand’s typical catchment area includes south of Timaru down to the bottom of Southland as far as Riverton and then across to Central Otago, encompassing between 1700 – 2000 farms.

Approximately 100,000 cattle and in excess of a million sheep are processed through the Finegand plant each year.

In stark contrast to the early days when New Zealand freezing works were servicing the British market with most meat sent across as frozen carcasses, today just 2% of processed stock goes to market as a carcass.

The bulk of the stock processed leaves the plant either as chilled or frozen prime cuts shipped overseas in bulk in cartons, and mostly by container with eighty five to ninety percent of the product exported to Silver Fern’s main markets — China, UK, US, Europe and then lots of smaller markets. China accounts for a significant proportion of all exports.

Those prime cuts go to on-processors, the retail trade like supermarkets with their own butchery and food services like restaurants.

At the heart of Finegand’s competitive advantage is the high quality of its products the efficiency in which the products are processed and its ability to innovate, with the quality and experience of the work force playing a major role.

At peak operation the plant employs over a thousand staff, the majority of whom are drawn from the Clutha catchment. With a total population of 4100 people in the region, the Finegand plant is clearly a major employer.
Silvio Tenci, Plant Manager for Silver Fern Farms, says staff are also drawn from Dunedin, 82km away.

“At peak we move something like 200 staff on a daily basis between Dunedin and Finegand and have a dedicated bus service to do that. On top of that we have a really good contingent of foreign workers on the AIP Foreign worker scheme.

“We have between 120 – 150 highly skilled Samoan workers who come across at different times of the season before retuning home in the off season — which has been restricted for the last two years because of Covid and the borders being closed.”

Skill sets at the Finegand plant range from labourers right through to indentured butchers and versions of that including trimmers and boners.

Silvio says that in comparison to other industries in which he has worked, processing plants such as Finegand are much more skill dependent for producing a product to the right quality, customer standards and specification and also being compliant with MPI’s (Ministry of Primary Industries) stringent requirements.

“We’re very dependent on the skills that our people carry and our workforce is very skilled.

“Most of the market entry requirements for us are around protecting consumers at the other end, and based on a high level of understanding of sterilisation and controlling contamination.

“Our staff also have quite an understanding of the animal, customer requirements, customer specification, sanitary practices and hygiene.”

Silvio says that a large percentage of team members have been working at the Finegand plant for several decades with many falling into the 40 – 45 year bracket and one that he was aware of who had achieved 50 years service.

“There is a companionship here. They enjoy each other. It’s a small community for a start and many are mates outside of work as well as inside.

“There are quite few people who are third and fourth generation working here. 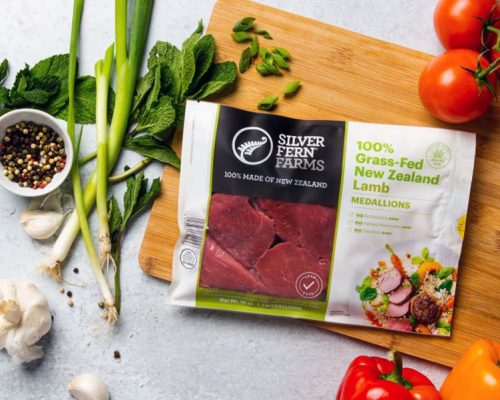 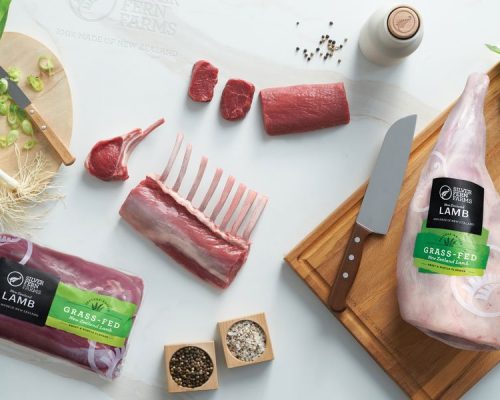 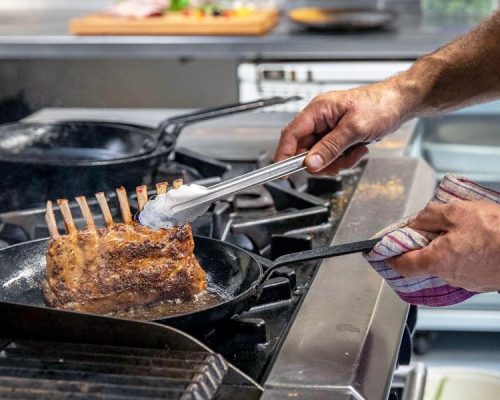 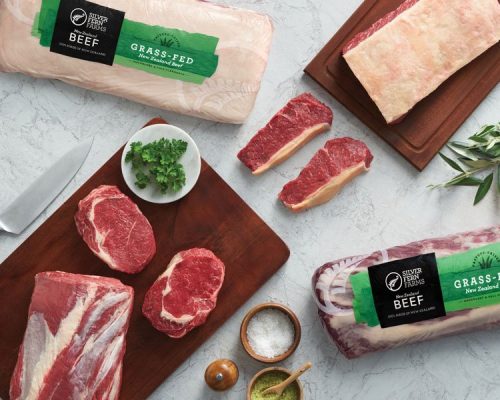 “I find that our people have a loyalty to the business because there is a vested interest and the business is so important to the community.”

Many of Finegand’s workers find alternate work in the off-season or already have alternative work set up, moving from Finegand to another source of employment on an annual basis.

“They either have their own farms, and this time of year we ‘re heading into lambing, many do general farm work, fencing, building sheds, and an awful lot join the forestry crews around the region.”

Silvio reflects on the past perception of freezing works, the men and women who worked there and the management styles, and says that he doesn’t believe the ‘works’ deserves the legacy of that reputation any longer.

“I have heard things like the last of the hard men. But the world has changed since 1912 when the Finegand plant was first started. Within our business we have recognised there is a better way of engaging with our people,” says Silvio.

“We have been reasonably hierarchical and we’re moving away from that, working shoulder to shoulder with our people.”

Across all of Silver Fern’s plants there is a shift in culture — the way things are done — from a traditional style of management to a close knit collaborative team culture where the input and experience of all workers is valued and utilised in decision making.

“We’re recognising our workforce’s skills, knowledge and their willingness to help us. I think that creates loyalty, a better working environment, and you tap into the knowledge and experience of people.”

“We’re focused on a programme of continuous improvement and we listen to the things that frustrate our people and allow them to fix it if they can or we help them to fix those things they cannot,” says Silvio.

“That in its self drives continuous improvement. What we’re doing at Silver Fern Farms is operational transformation and what I’m seeing is a lot less resistance to change than I expected. The in-house union reps have been very supportive of the change to a culture of inclusivity.”

In the 109 years that Silver Fern Farms’ Finegand plant has been part of the Clutha landscape, it has forged an enduring and symbiotic relationship with the community.

There is of course the dollar injection into the community through good wages and salaries to employees, which will get spent several times, and the plant also supports a huge number of businesses from suppliers, trades and contractors.

But Silvio says there is also a social impact.

“If a community like this didn’t have the two or three big employers that it has and there was a high level of unemployment it would be a very different community.

“The young would be forced to go out of the region to seek employment and may never return, raising their own families outside of the region. We help hold family groups together and we have whole family groups working here. I think it is a richer and much more resilient community because of the essential industries in the Clutha region.”

The Finegand plant also maintains a very close relationship with Clutha’s Mayor, Bryan Cadogan, the Councils and local services like Civil Defence, Police and FENZ. There is also a close connection with local iwi, schools and community groups.

“Silver Fern farms allocates a donation fund to each of its plants that can be used for its own employees wanting to send children to sports events or perhaps pay for uniforms. But we also do donations in a general sense to the community and we run a mobile BBQs. We do a cracker BBQ — one thing we have at Finegand is a really foodie culture.”

Well, if you can’t get a good BBQ at a meat processing plant, were can you!