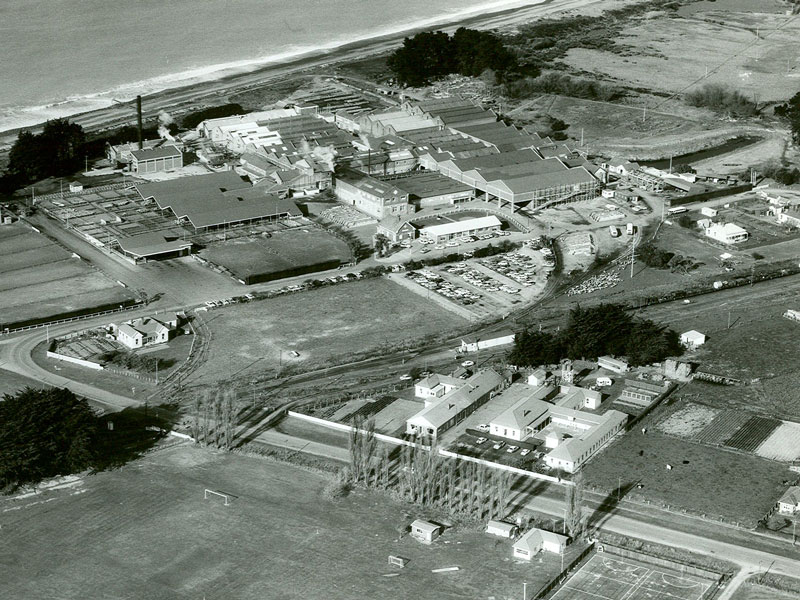 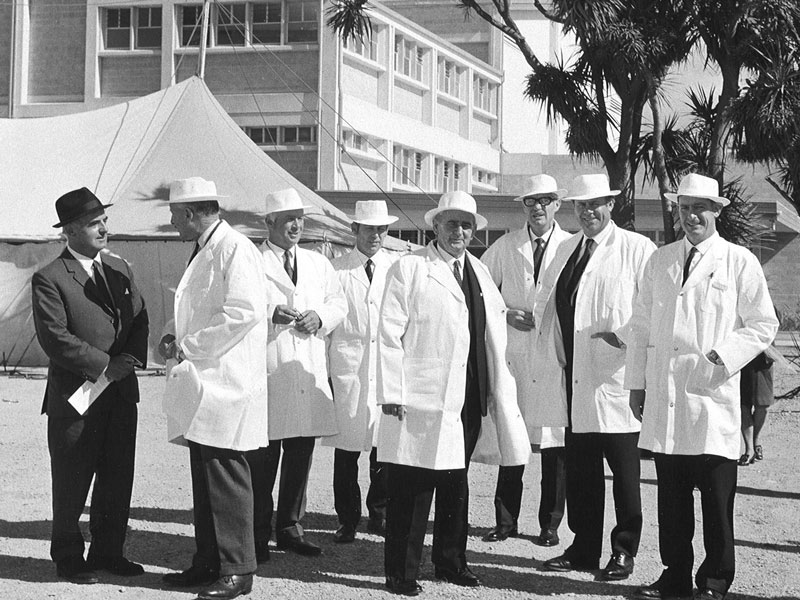 “Pareora is one of the few plants, if not the only meat processing plant in New Zealand that has the capability to process five species including lamb/sheep, goat, beef/calves and venison.”

Sitting on the blade of the Pacific coastline, 16 kilometres south of Timaru, Silver Fern Farm’s Pareora plant’s rich history spans 117 years during which it has loyally served the region’s rural sector.

Originally built for the Canterbury Frozen Meat Co Ltd to process sheep and lamb, it has evolved from the bones of a plant to now encompass a 16.5-hectare footprint, along with a neighbouring 386-hectare farm.

In 1986 the plant was taken over by the giant meat processing co-operative PPCS that went on to re-brand as Silver Fern Farms Ltd in 2008.

During those 117 years a number of key milestones punctuated the company’s development including adding a beef processing plant in 1960 and an upgrade to all processing areas a decade later.

In the ‘80s additional coldstores and a pallet store were added, significantly adding to the coldstore footprint.

“The coldstores are where we blast freeze and sort product and the pallet store is where we hold a lot of the product awaiting transport,” says Site Manager Bruce McNaught.

“We’re fortunate that we have a rail line that runs right past the coldstores and so we have the option of road or rail for freight out to the markets.”

In 2008 Pareora migrated to land based wastewater disposal that is used to irrigate 100 hectares of the company’s neighbouring farmland using pivot and K-Line irrigators.

“We also take the solid waste from the plant and operate our own compost system. In 2014 we closed our rendering process, which is now handled by a third party and in 2016 we transferred our blood processing to a third party.

“That same year Silver Fern Farms shifted its venison processing from Islington Freezing Works to Pareora. Canterbury’s Belfast Coolstores were also closed down with the blast cabinets transferred to this site, increasing our blast capacity.”

The recent closure of the Fairton Plant near Ashburton has secured the future of the Pareora plant and a lot of work has gone into five and ten year plans that will shape how the plant’s future look.

While being located on the edge of the blue waters of the Pacific Coast would be the dream of many employees, keeping the ocean at bay is one of the challenges faced by Pareora.

With the very real risk of high seas and king tides, Silver Fern Farms has a $5 million placeholder for a new sea wall to protect the plant from future high sea intrusions and disruption to business operations.

Pareora’s catchment area extends from Marlborough, reaches into Otago, sometimes stretching into Southland depending on the time of year and stock numbers in any given catchment, generating $200 million + in livestock payments to around 1000 farmers.

On average each chain processes 3500 carcasses over a 7-hour day, producing variety of products that go overseas to 481 customers spread over 71 countries.

”We’ve established a great reputation and relationship with our farmers and there are a number of farmers wanting to sign up with us. Being a preferred processor is certainty something to be proud of.”

“Pareora is one of the few plants, if not the only meat processing plant in New Zealand that has the capability to process five species including lamb/sheep, goat, beef/calves and venison.”

While predominantly processing sheep and lamb, bobby calves are processed from the start of August to the end of October.

“We’ve gone from being a seasonal processor to an all year round employer, which has helped with the retention of staff.”

“Pareora currently operates quite a traditional meat processing plant in terms of technology but there will be investment in new technologies including automation, mainly to fill the gap given the shortage of people to operate the plant.

“Before those technologies can be introduced there will need to be quite a bit of work on the building structures themselves to facilitate workflow. Automation will not lead to a loss of jobs.”

Bruce says as site manager he has also been fortunate to have the ability and the funds to support community based projects.

“We operate our own composting system and donate a lot of compost to the local Lions Club who sell it to fund special projects. Last year we supported the Caroline Bay Rock & Hop with a BBQ as a joint venture with Fulton Hogan and all those proceeds go to the local hospice.

“We also supported the Central South Island Charity Bike Ride with three riders in it, fully funded by the business. This year we have five riders including myself.”

Through its 117-year journey, Silver Fern Farm’s Pareora processing plant has embedded itself firmly into the wider South Canterbury landscape, as well as playing a significant role showcasing high quality products from the paddocks of Aoteoroa.