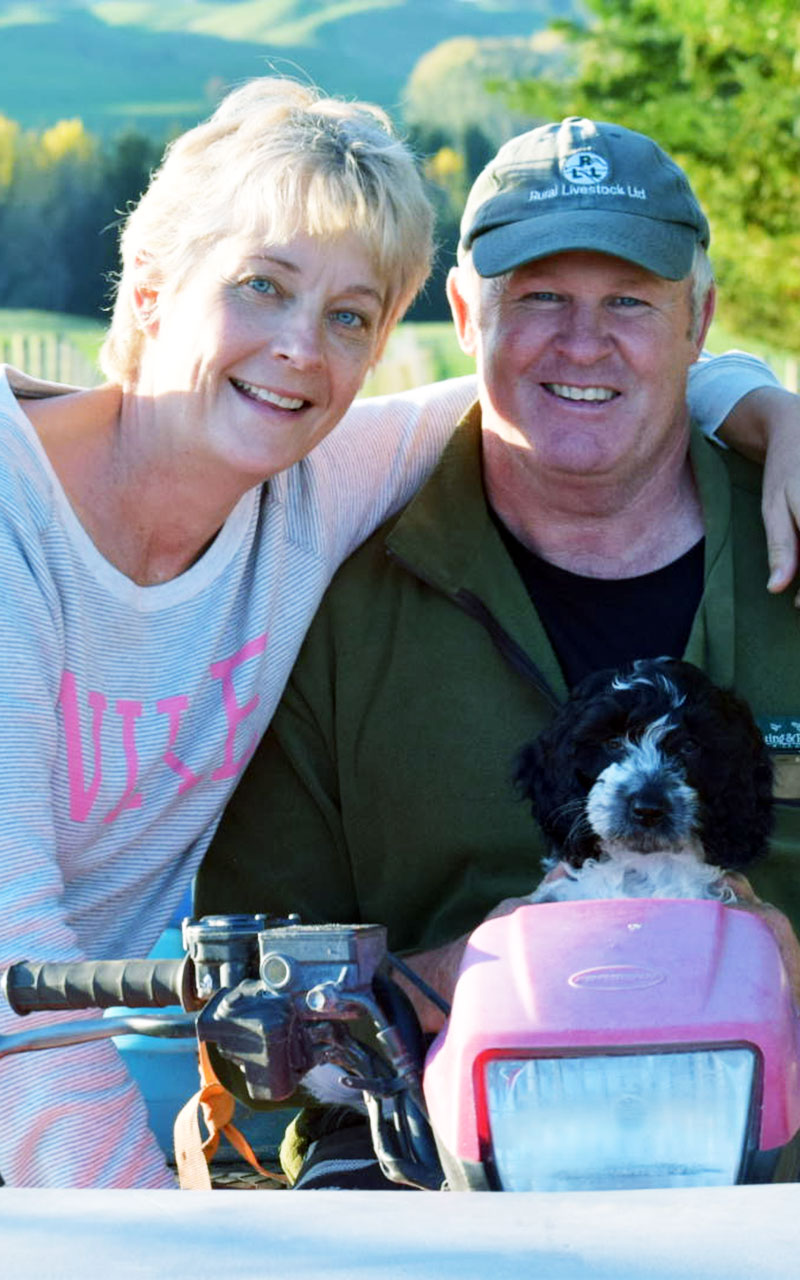 “I enjoy offering the benefits of velvet to those people who need them,”

Central Plateau farmers Malcolm and Kathy Cane have brought together their respective passions to establish a diverse and successful deer farming operation that encompasses venison, velvet, velvet capsules and trophy stags for safari parks around the country.
While Malcolm’s heart lies in working with deer and the challenge of producing big antlered stags, Kathy’s background in healthcare draws her to the nutritional benefits of velvet and velvet capsules.
Canes produce over 5 tonne of velvet each year. Some is sold as raw product with the remainder being processed into their own capsules, primarily sold online throughout the world.
The Cane’s involvement in velvet capsules stems back to the 1997 slump in the Asian sharemarket resulting in velvet plummeting from $140/kg to $30/kg.
Unsustainable at that low price, Malcolm and Kathy looked at value-add options and the following year commenced producing velvet capsules under the Canes Deer Velvet brand.
“I enjoy offering the benefits of velvet to those people who need them,” Kathy says.
“Because velvet is in fact fast growing bone cartilage/nerve supply/blood supply/skin it has all the nutrients to support joint health, immune system, circulation and sports performance.”
Malcolm and Kathy’s deer farming enterprise started in 1985 with a few deer for venison, which they grazed out before purchasing 80 hectares in Reporoa, between Taupo and Rotorua.
Over the next decade they farmed for the velvet market till the velvet buyer suggested they grow a few stags out for the trophy parks.
“We grew half a dozen out, had a bit of luck with them and thought this was a great way to make a dollar,” says Malcolm.
“From there we started buying hinds with top trophy pedigrees and went from there really.”
The farm now encompasses 375-hectares of which 150-hectares is leased to a dairy farmer.
Located in the eastern slopes of the Reporoa Valley, the rich volcanic soil is free draining, due to the pumice below. Contour is gently rolling, and all but a few paddocks are able to be cultivated with the couple’s own gear.
“We do rely on regular rain but it also means we don’t suffer with the problems of mud and it’s great country for deer.”
The farm is home to 400 hinds and their progeny, 900-1000 velvet stag two years old and older.
“Our main focus is to breed quality stags for trophies but we don’t neglect the velvet side of it. We still want them to be able to cut 6, 7, 8 kilos of velvet as mature stags.”
Like all deer farmers, the Canes have been affected by the pandemic.
“Venison is a restaurant meat consumed around the world and when people are not eating out so much we feel it here on the farm!”
Reflecting on the success of their business over the last 36 years, Malcolm says it has been about determination and hard work involving some very long hours by both of them.
“We’re reasonably driven but when you have debt it’s a great motivator to succeed. Farming for antlers is almost like gambling in that there’s a bit of a thrill in it. You can produce that animal that will be worth $100,000 or more and that keeps you doing the AI and ET programmes. It’s the hope of the big ones that keep you inspired.”
This year a two-year-old stag bred on Malcolm and Kathy’s farm recorded antlers measuring 819 IOA (inches of Antler) – the biggest for any two year old in the world.
“We’re pretty chuffed about that. We will breed from him and we’ve put a little bit of semen on the market this year for embryo programmes around the country.
“Providing everything goes well he will eventually graduate to a safari park.”
© Waterford Press Ltd 2021 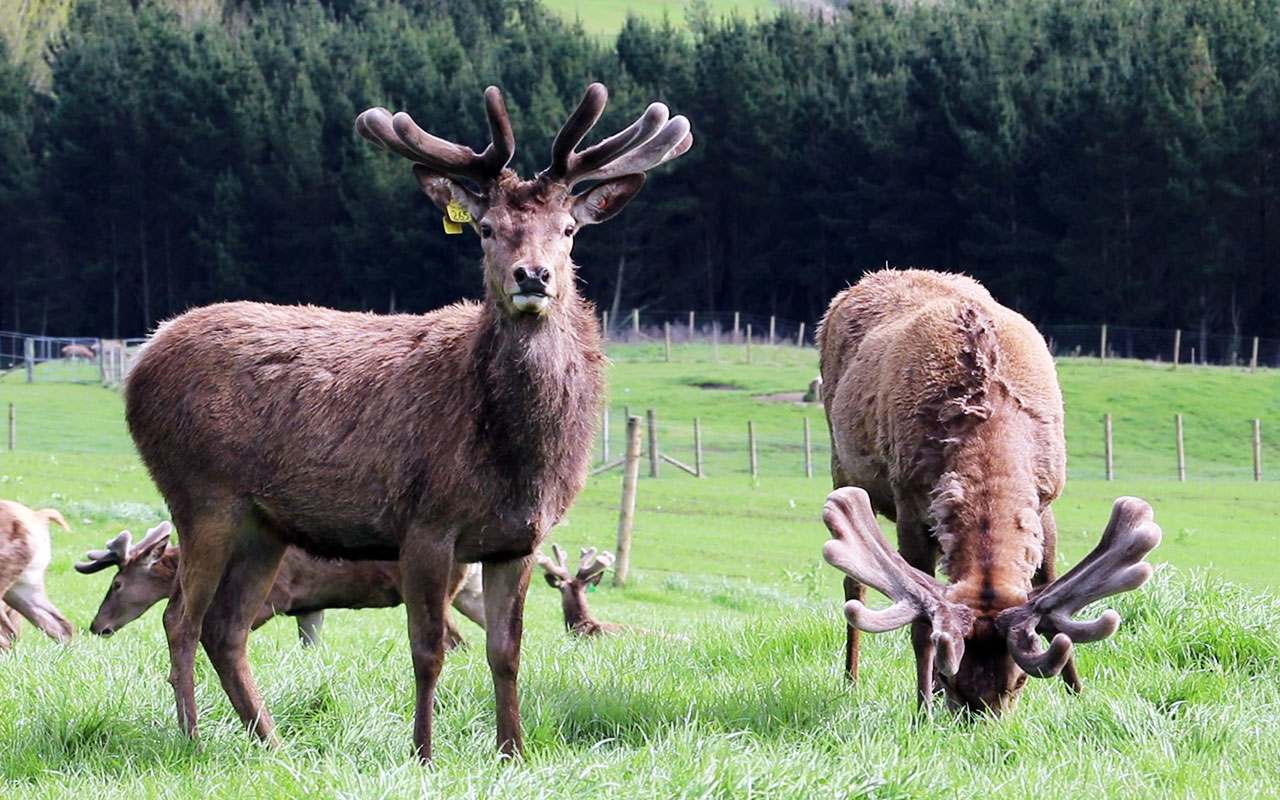 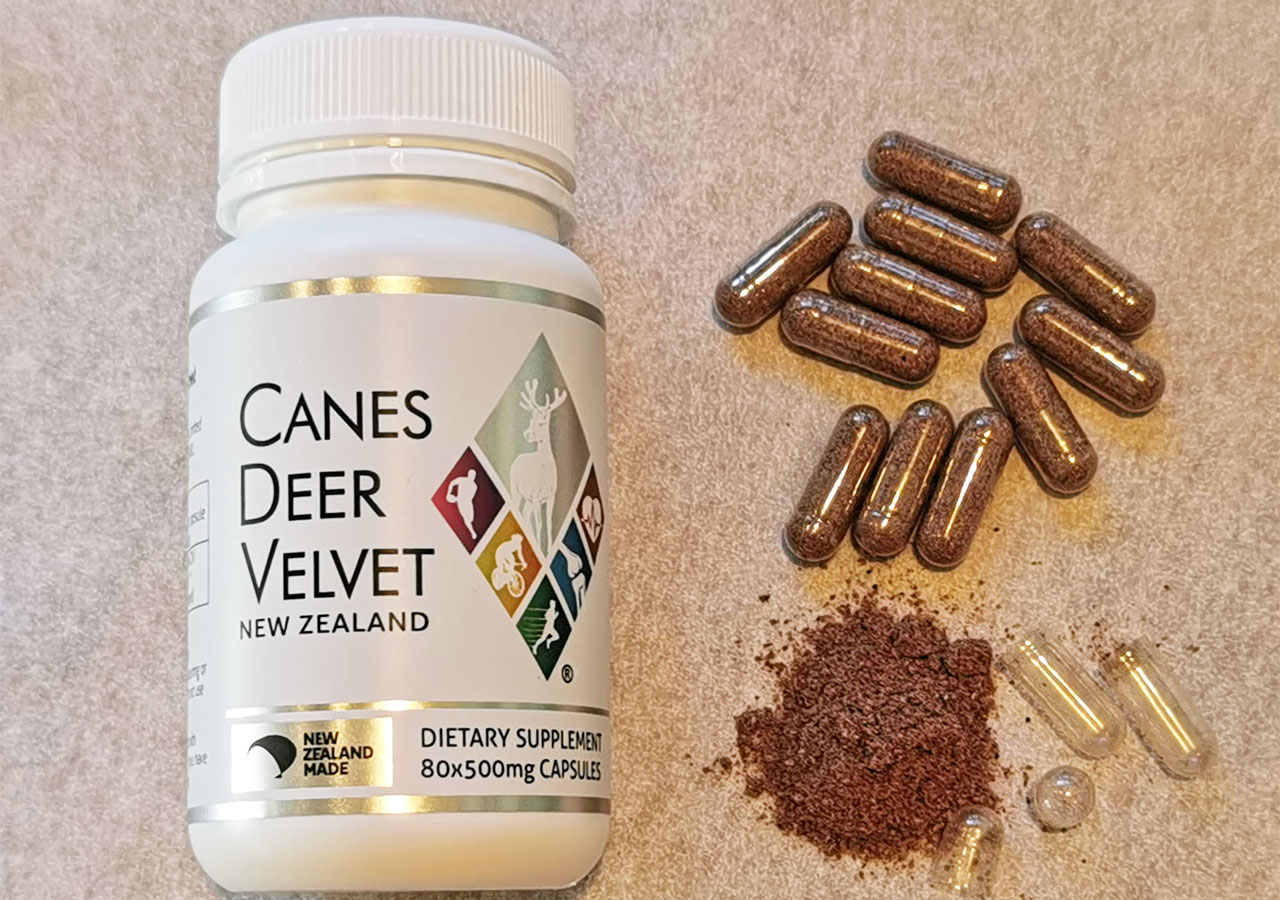 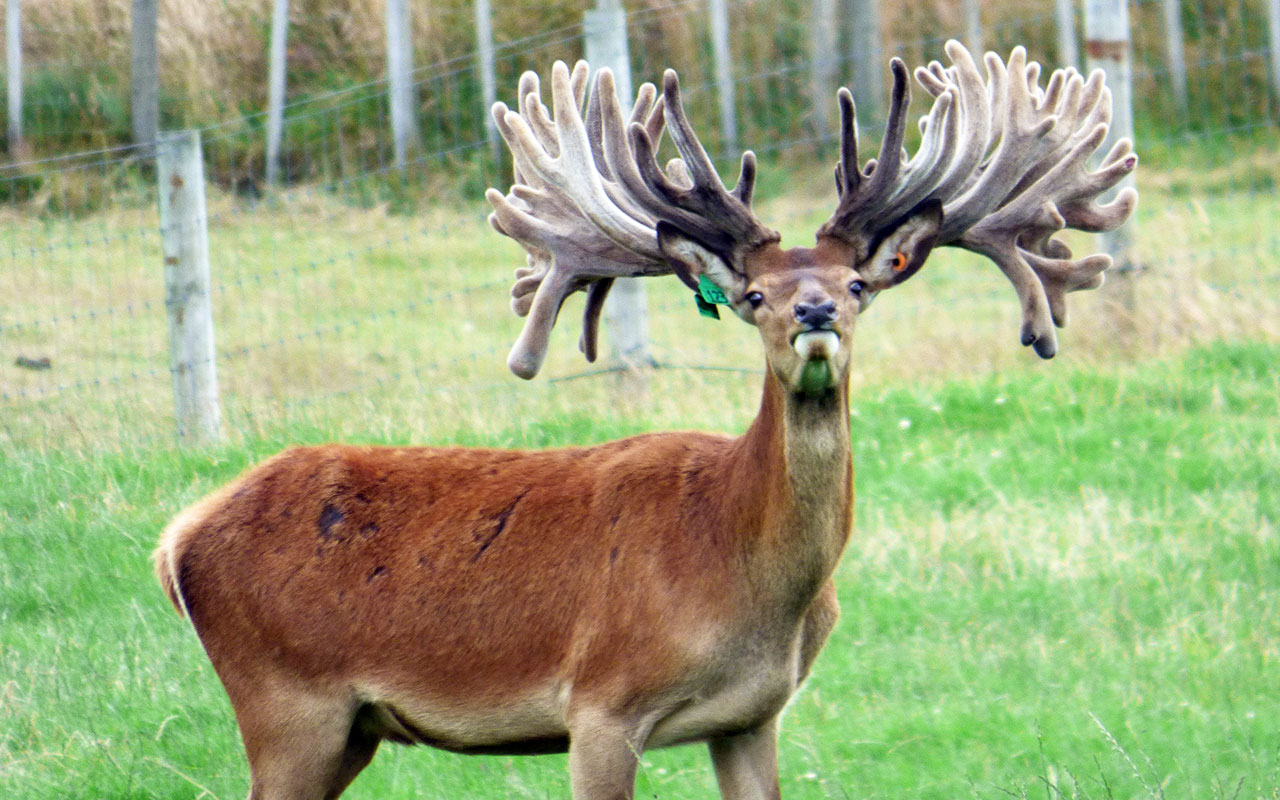