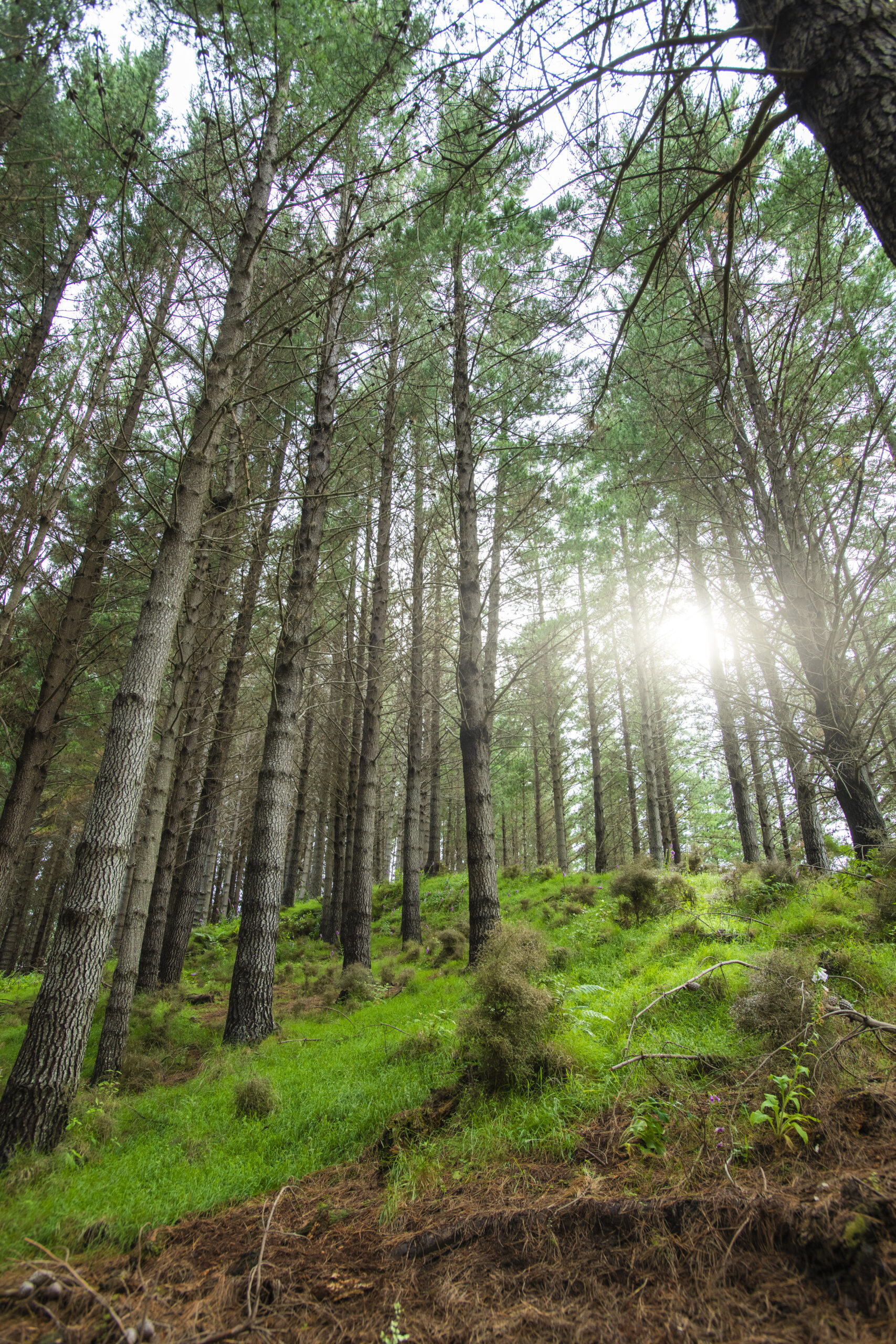 “The consistency and quality of the logs we produce means our logs are in high demand in New Zealand and overseas.”

With a lifetime’s experience as owner and manager of forestry, Roger Dickie has strong views and much to say about New Zealand’s forestry industry.
Roger is the founder and Managing Director of Roger Dickie (NZ) Ltd, a family owned and operated forestry investment company that has its roots going back to the early ‘70s in Waverley, South Taranaki.
In 1989 Roger formed the first syndicate following significant interest in plantation forestry from other investors looking for alternative investment options, recognising the long term potential of trees.
It also became obvious to Roger that given a significant proportion of logs was exported, Waverley was not ideal for forestry because of the distance to ports.
After consultation with industry experts, Roger selected the Gisborne/Hawkes Bay regions for syndicated forestry, close to Napier and Gisborne Ports.
Roger Dickie (NZ) Ltd is just completing its 103rd forest, most of which are in the Gisborne/Hawke’s Bay regions.
Through its forest management company, Forest Management NZ Ltd, Roger Dickie (NZ) Ltd has been harvesting syndicated forests for the last six years, delivering good returns to investors with many choosing to replant for the benefit of their children.
Investors range from ‘mum & dad’ investors through to investors with significant financial resources.
“I think we now have about 2300 investors for 30,000 hectares of trees,” says Roger.
“Our investment properties are about 75% owned by New Zealanders, with the balance from international investors.
“Some of our forests are privately owned, mainly by overseas investors, but some New Zealand investors own the entirety of the forest.”
In October this year, Roger Dickie (NZ) Ltd reached a monthly milestone harvesting 100,000 tonne through its forest management company and contractor workforce.
“Our target over the next 10 – 15 years is about 1.2 to 1.4 million tonne annual harvest from our own forests, which are 98% radiate.
“At the moment between 25 – 28% of our total cut goes to eight domestic sawmills in Gisborne, Wairarapa and New Plymouth, most who only take pruned logs, with the balance going to export.
“We follow a policy of high quality in terms of forest management and output and 99% of our forests are pruned.
“The consistency and quality of the logs we produce means our logs are in high demand in New Zealand and overseas.”
Pruning is undertaken quite early in the tree’s lifecycle with the cost carried through to its end. Given the high cost of pruning a premium is required for pruned logs, which Roger says for the last decade has been insufficient to justify the cost of pruning.
“That means forest owners planting now are not pruning, which I think is very sad for the industry. We’re telling our investors when we re-plant and our new investors that we think we should be pruning, because there’s going to be a dramatic shortage of pruned wood in 20 years time.”
Passionate about the industry that has absorbed five decades of his life, Roger has no hesitation in taking aim at the various lobby groups who have spared no energy in spreading anti-forestry messages and raising alarm about the depopulation of rural communities.
“It’s high time people looked at the facts, and I’m well qualified to speak on this because until recently I had a substantial hill country property that was the sort of country foresters would be planting.
“The property was a bit over 1000 hectares and we were operating within the top 10% of New Zealand performance through independent benchmarking and analysis. We had two full time staff on those 1000 hectares.
“Our forestry business is averaging ten full time staff on 1000 hectares and they get paid 50% more than farm workers. In terms of production our forests are producing around 15 tonne of sawn timber per hectare per year, while our farm was producing 220 to 240 kilos of meat per hectare per year—meat that requires very high energy input; whereas forestry is very environmentally friendly.”
Far from depopulating rural communities, Roger says that in the farmland areas his company has changed to forestry, all houses and flat land have been subdivided off and sold to lifestyle or farm investors.
Roger noted that in the last 12 months his company sold off five newly created lifestyle blocks for new housing development in rural areas. “We’re expanding the rural population, not reducing it. So we’re very good for the communities, despite what these pressure groups are saying.”
Reflecting upon the industry’s challenges Roger says New Zealand has become very expensive with almost 50% wage rise in the last five years.
“But we have pricing issues on the other side too – Covid has not been easy for forestry. More than 55% of our forestry products are exported to China, and we would all like to see more diversity in world markets.”
Roger points to the Spruce Bark Beetle that is killing vast tracts of forest in Europe and says within three years there will be an incredible shortage of timber in the world market.
“In the medium to long term it is a massive opportunity for New Zealand. Forestry worldwide has always been a long-term environmentally friendly investment that provides income in perpetuity for family, grandchildren and beneficiaries.
“The ability to make income from both environmentally friendly log production and also carbon sequestration means forestry should always be part of a diversified and balanced investment portfolio.”