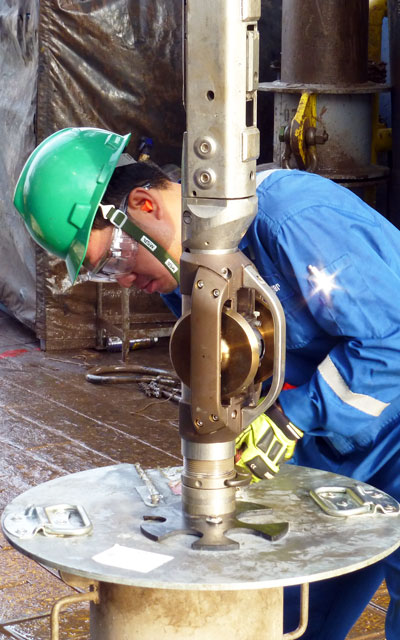 “Petromac is absolutely dwarfed by the three Fortune 500 companies that dominate the upstream oilfield services sector. In order to gain acceptance from these companies, the equipment has to meet a very high standard.”

This is a story of success. A successful and innovative Kiwi business founded in the face of a challenge, and in the spirit of just getting on and doing the mahi.
A finalist in this year’s Westpac Auckland Business Awards — Excellence in International Trade — Petromac is a New Zealand company that leases innovative equipment to the upstream Oil and Gas industry.

While nominated by the Auckland Chamber of Commerce, Petromac’s founder Stephen McCormick says the experience of completing the application was a helpful tool in reflecting on how the business was built and why it has been a Kiwi success story.

Founding Petromac in 2012 to address issues related to drilling operations, Stephen says the Petromac wireline express system was born to resolve the challenges that have plagued wireline logging for over half a century.

“Throughout my career in petrophysics, I became increasingly frustrated with the poor log data from drill pipe conveyance and logging while drilling measurements.

“It is well recognised that wireline logs can deliver the most accurate, high-resolution information in a very efficient manner. Wireline logging operations however, do not always run smoothly.

Qualified as a mechanical engineer, with a drive for perfection, Stephen set out to design, validate and manufacture a range of bespoke devices with the aim to minimise wireline logging risk, improve operational efficiency and data quality.

Prototype devices were used on a geothermal well for Mighty River Power in June 2013 and commercial devices were further developed and proven in New Zealand in 2014.

In January 2014, while still a one-man band, Petromac did its first job in the Gulf of Mexico for BP in waters around 2000 metres in depth.
The operation was an unmitigated success, saving BP over $4M over conventional methods.

Then the global oil price crash put an immediate brake on drilling activity in 2015-16, providing Petromac with the opportunity during this time to refine the designs, particularly the bearing technology.

“The wellbore environment is particularly harsh,” explains Stephen.
“There are corrosive drilling fluids, extreme pressures — 1,500bar — and temperatures up to 180degC with abrasive rock cuttings in the drilling mud.

In 2016 Petromac began adding high calibre, experienced and independent engineers as regional managers to market and support the business worldwide.
Based in Auckland with all devices manufactured in New Zealand, Petromac operates in the upstream hydrocarbon exploration and development industry and at last count had worked in 26 countries for 70 individual customers.
Stephen says a policy of hiring high calibre people, providing them with the right equipment and support and allowing them to build the business in their region in the best way they see fit has been fundamental to the company’s success.

“Petromac technology is unique and successful.

“There is great job satisfaction in knowing you are acknowledged and respected for delivering a meaningful solution. Innovative devices that are ‘problem driven, with IP that can be protected, is also essential for success.
Petromac is absolutely dwarfed by the three Fortune 500 companies that dominate the upstream oilfield services sector. In order to gain acceptance from these companies, the equipment has to meet a very high standard.”
Reflecting on being placed a finalist in the Westpac awards Stephen says he has no idea really what a successful company should look like but he’s very sure that few New Zealand companies would have anywhere near Petromac’s global reach and profitability.

“We have had great support with funding from ATEED (Auckland Tourism, Events and Economic Development) and Callaghan who are really happy with our growth and delivery.”

Passionate about good engineering, Stephen says he is proud that Petromac is a little Kiwi company with disruptive technologies that works collaboratively with the big boys in the industry to help achieve outstanding results.

“Being a finalist in the awards will give my team much pride in their work and recognition. We will have a good night out with the team and some of our key suppliers.”