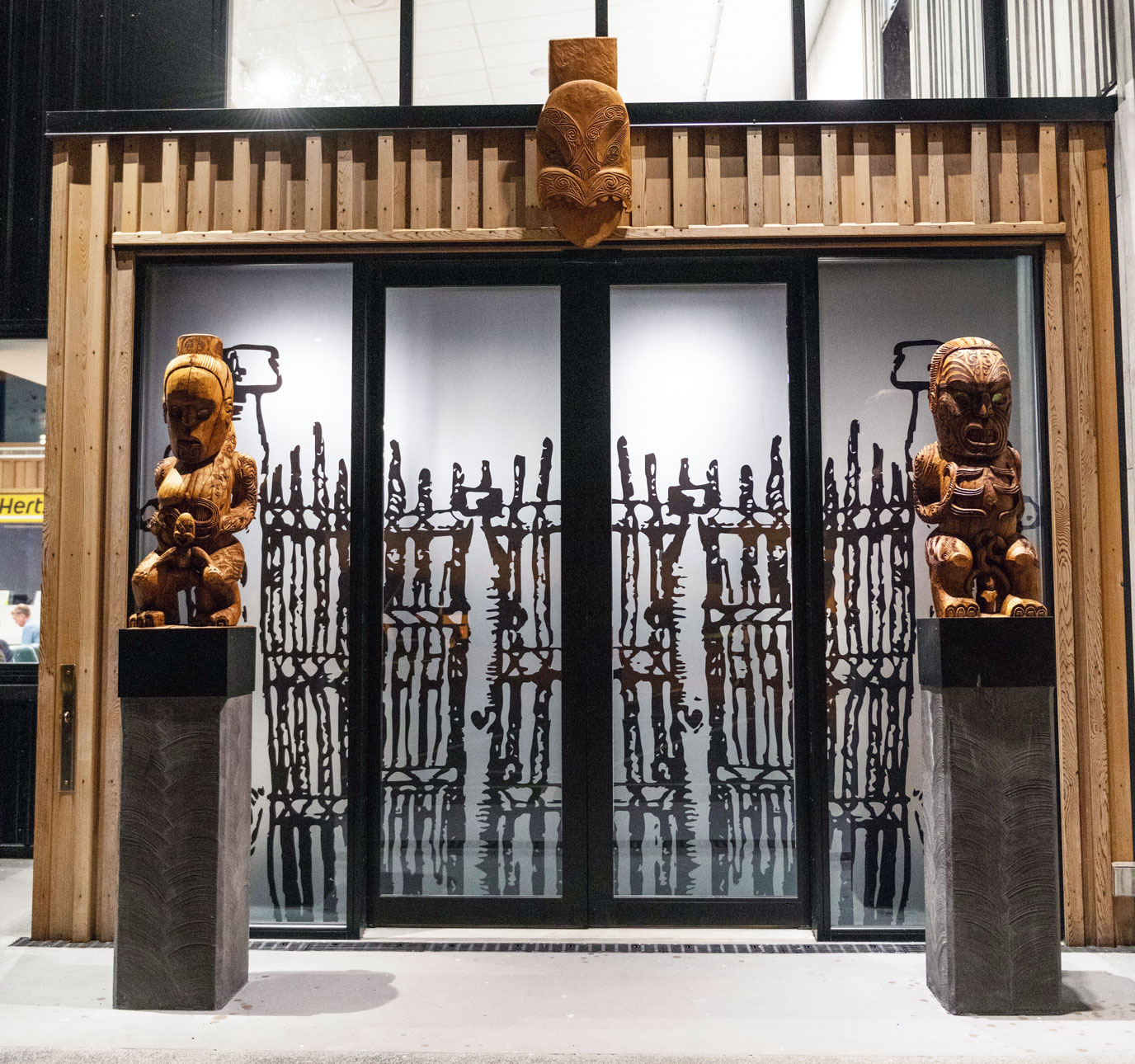 The design of the New Zealand Institute of Architects award winning project, the Bay of Islands Airport in Kerikeri, was heavily influenced by contextural issues, says director of Eclipse Architecture Maurice Langdon.
The terminal sits against an airfield apron to the north and between two hangar buildings to the east and west. Other constraints included setbacks, a side flight clearance plane and the existing vehicle entry court area.
This meant that the existing terminal building had to be demolished and these airport operations temporarily re-located into a hanger building as the new terminal was constructed.
The result is a long sloping shaped building with departures, arrivals, car hire and a café located on the ground level with management and airline lounge facilities located on a mezzanine level.
Maurice says that the flow of passengers through the site was a major driver in terms of the planning of the building, in particular the need to separate arriving and departing passengers.
This meant that arriving passengers and baggage claim were located on one side of the building with departing passengers and baggage screening areas on the other leaving a natural space in the centre where the waiting and café functions have been located. This section is extensively glazed on both sides and forms a ‘gateway’ between the Far North and the rest of the world, he says.
This gateway concept was also a driver for early engagement from representatives of the local Ngati Rehia hapu, which resulted in local mana whenua artists and crafts people becoming involved in the project including glass birds dropping from the ceiling, precast pattern designs, sculpture garden, Maori carvings to entrances and exit points and window manifestation designs reflecting the nature of the airport as an expression of manaakitanga, which is about being gracious hosts.
Materials used in the building were chosen for longevity and low maintenance and include patterned pre-cast concrete, pre-finished long-run profiled steel and vertical timber weatherboards. A natural colour scheme was chosen to help the building fit into its surroundings.
Maurice says that the project was by nature challenging and changed during the project along with the budget. In the design Eclipse Architecture sought to not only respond to this but to strike a balance between immediate needs and the anticipation of future growth. “Judges commented that it’s a simple building, shaped with context and embellished by locals. We wanted there to be a real use of the building as a platform for expression by local iwi to give a sense of ownership to the local community,” says Maurice. 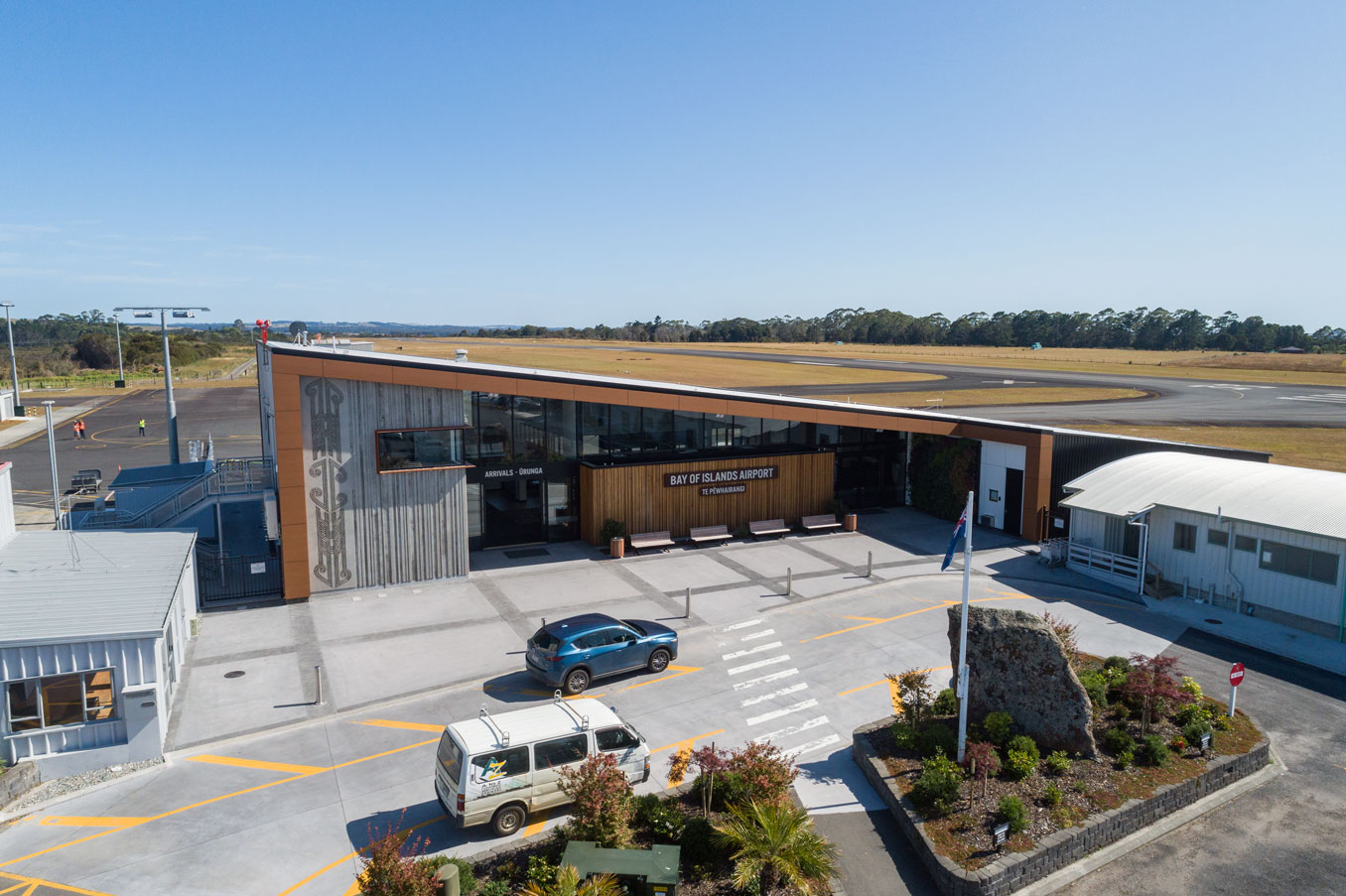 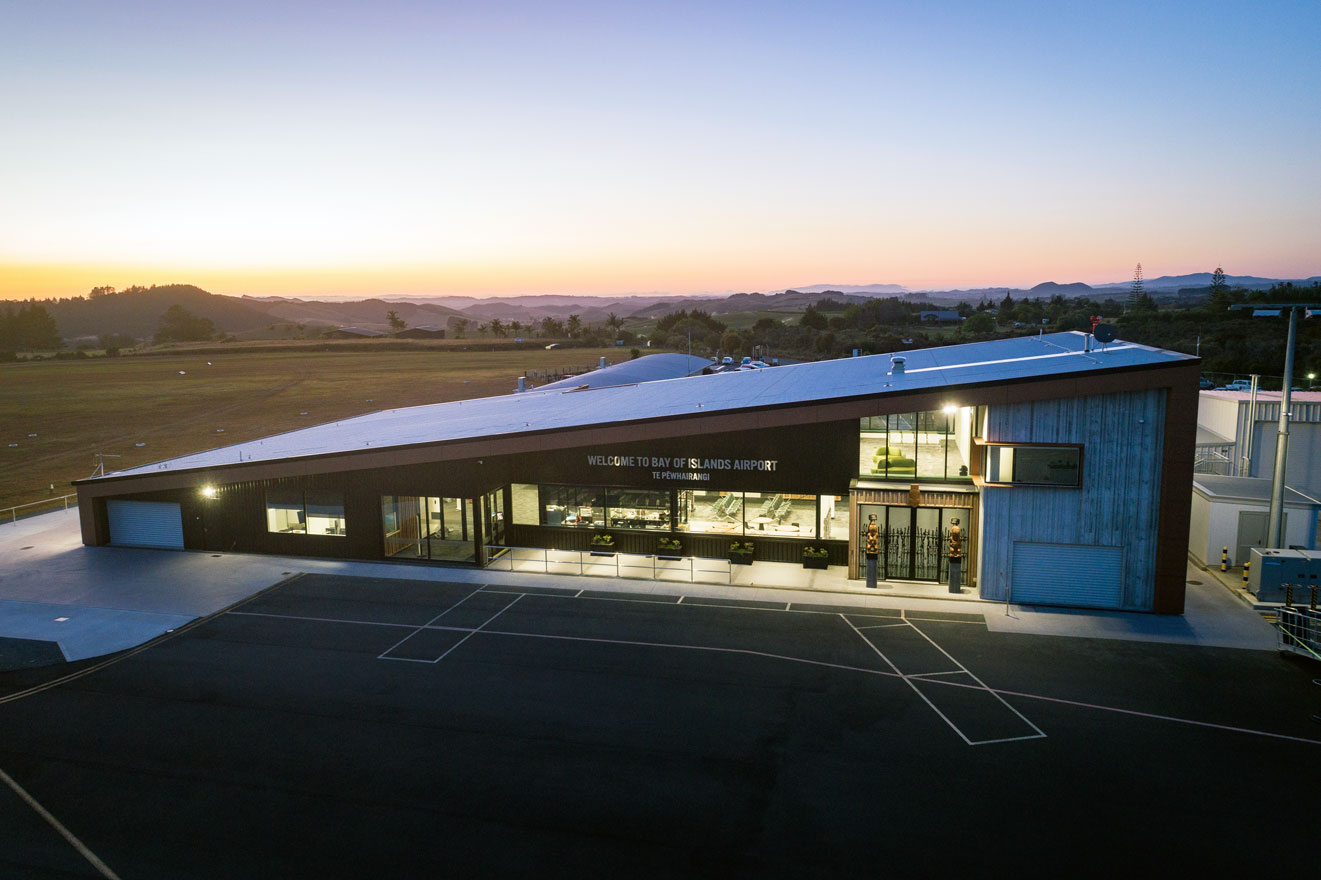 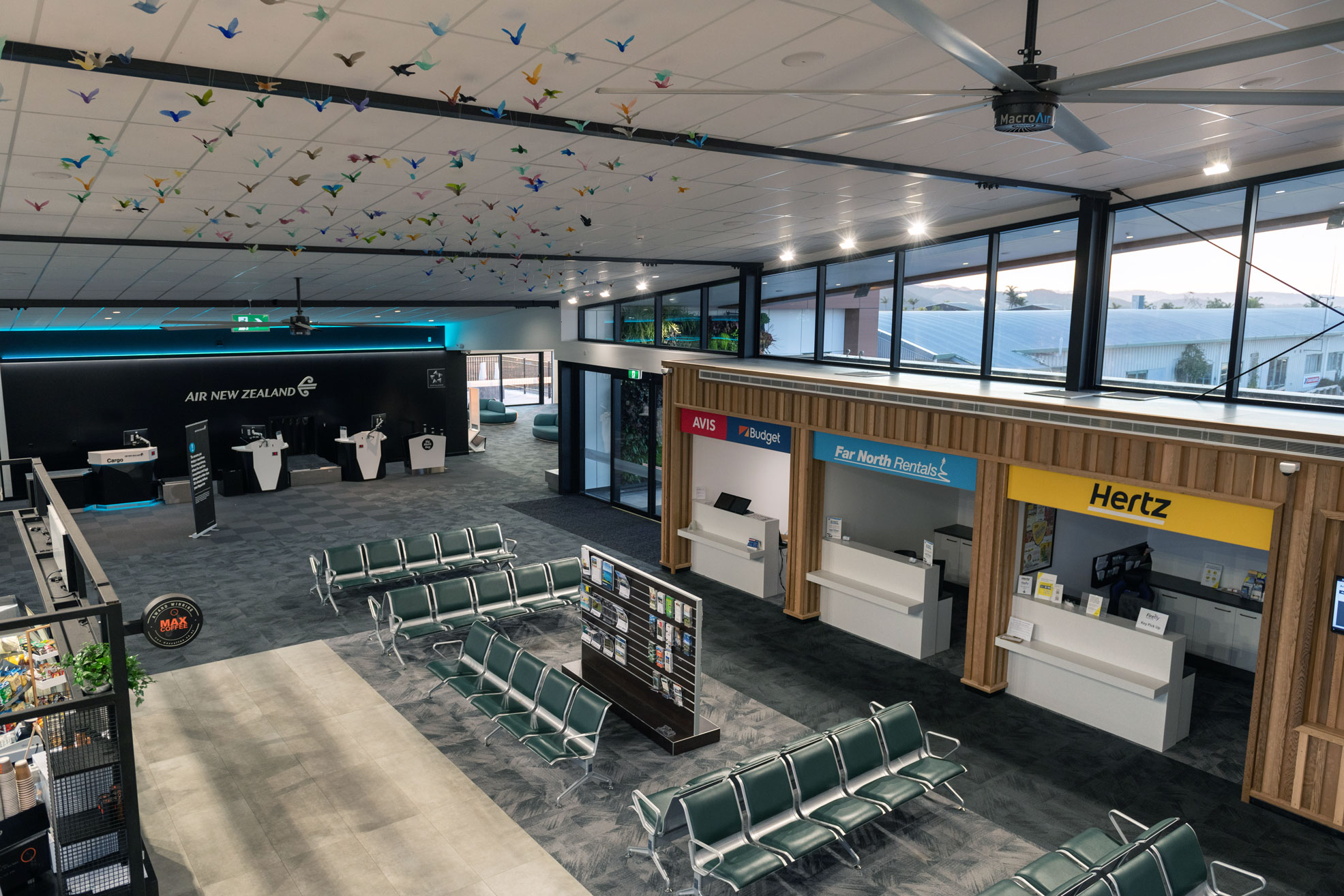