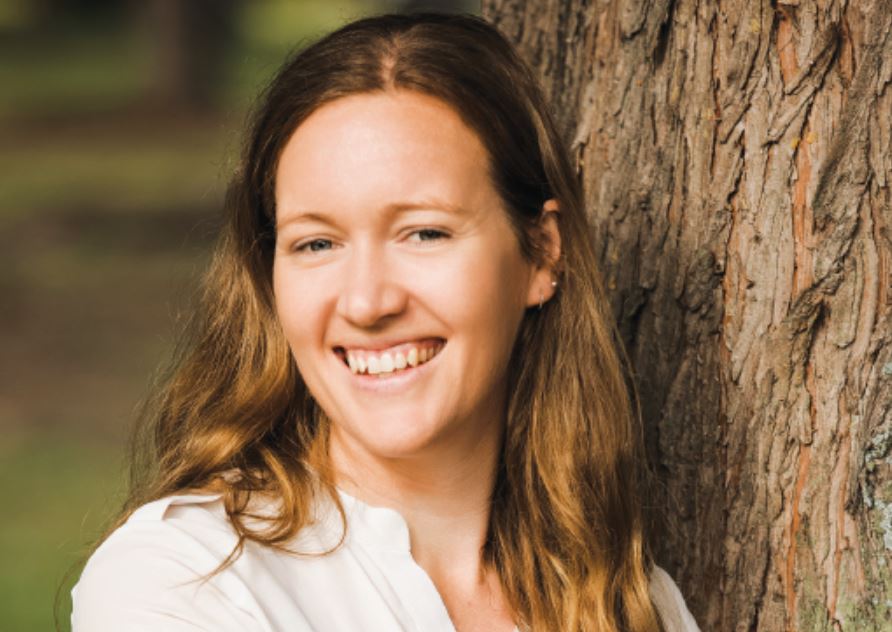 ““The combination of Sarah’s commitment to her business, leadership in her industry and support for her rural community make her a very deserving winner.””

By the end of the winter the award-winning Marlborough business Higgins Shearing will be no more: Sarah Higgins, who founded it in January 2016, is in the process of selling her rural service company, but that will be by no means the end of her world record-setting shearing career.
She says she’ll probably continue shearing for the new owner, fellow Marlborough shearer Angus Moore, while she adjusts to married life with husband Ben Hewson, a farm fencing contractor – and that includes taking Ben’s surname.
Freed from the frustrating and time-consuming work of organising her four-man shearing gang, which includes her brother Duncan Higgins, Sarah Hewson-nee-Higgins may well be eyeing a shot at another world record attempt, though she’s not saying so just yet.
In January of last year, she and three other women set a world record by shearing 2066 lambs in nine hours, at Waihi-Pukawa Station near Turangi in the North Island.
Hewson herself shore 528, Natalya Rangiawha from the King Country 507, and Amy Silcock from the Wairarapa 423, while 23-year-old woman wonder Megan Whitehead of Gore rang the board with a phenomenal 608.
Shearing is probably the hardest physical work ever devised by man, with Otago University in the 1980s measuring the output of the average shearer as equivalent to running 7km an hour – which may not sound much except that shearers do it for eight hours a day, equivalent to running 56km (or 63km in a nine-hour day).
World record attempts, which cost around $25,000 to stage, are overseen and verified by the World Shearing Council, which sent chief referee Martyn David out from Wales to ensure the quality of the work was up to standard.
It was, with David reckoning the women were shearing better – and certainly faster – at the end of the day than the beginning.
Hewson, 28, born on a Havelock beef and sheep farm, was first drawn into the shearing sheds by her mother, Fiona Higgins, a qualified wool-classer, at the age of 14.
Over the next several years Hewson began to think how good it would be if she could shear just one sheep.
She asked shearer Chis Jones – now one of her gang – to teach her, but he wisely refused until she was 18: the physical stress of shearing on a young teen’s body can cause long-term health problems.
Once Hewson turned that age, Jones was as good as his word, and within a couple of years she had become the first person to win both a shearing (novice) and a wool-handling (junior) title at the same Golden Shears event in Masterton.
Arguably Hewson’s greatest achievement though was Higgins Shearing winning the Supreme Award in the 2020 NZI Rural Women NZ Business Awards.
“The combination of Sarah’s commitment to her business, leadership in her industry and support for her rural community make her a very deserving winner,” NZI executive manager Christina Chellew said in announcing the award at a Wellington ceremony.
The win was no accident: before she took up the shearing handpiece Higgins put herself through Lincoln University, graduating with a Bachelor of Commerce degree in agriculture and marketing.
Her studies kindled an interest in wool-marketing, and at one stage she took an office job to learn more about it, only to quickly tire of the office environment in favour of the relative freedom of shearing for her living.
Hewson says her love of wool underlies her commitment to shearing, and she sees the fibre as being on the cusp of a revitalisation driven by the combination of a growing awareness of wool’s environmental friendliness, and a wave of new uses coming on-stream.
© Waterford Press Ltd 2021