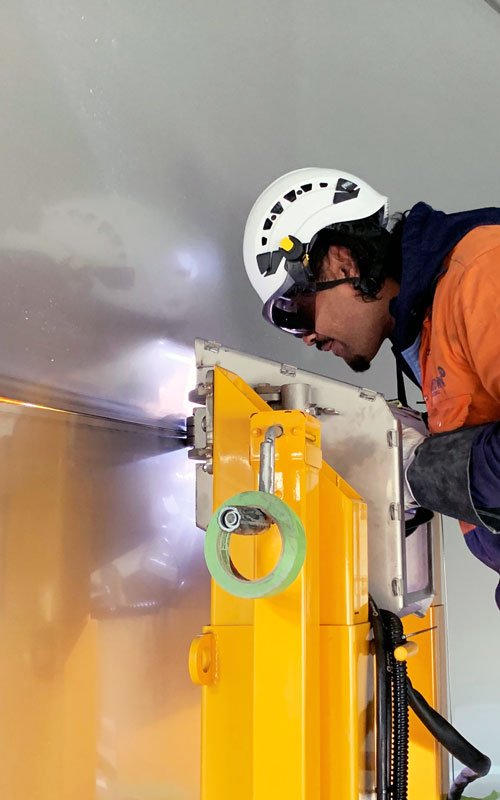 “Our spiral welding technology basically allows us to make a large cylinder in a continuous spiral. It means we can make very large tanks more cost effectively and quicker than normal methods as there is no way you could make a<br /> tank this large in a workshop then transport it to a site.”

NDA is about to embark on its largest project using smart new technology that is producing higher quality products more cost-effectively for the dairy industry.

The company’s unique spiral welding technology has applications for a variety of products and industries, says NDA Innovation manager Cliff Ellery, and will shortly be put to use to fabricate a 600,000 litre tank 12 metres in diameter for Fonterra’s Te Awamutu plant.

NDA staff members developed the spiral welding technology, which has now moved beyond the workshop and can be utilised on site enabling NDA to manufacture colossal water tanks insitu. Cliff says the team came up with the concept of on site spiral welding during lockdown then completed prototyping and design of the machine before constructing the first model.

The Fonterra project comes on the back of the first project the insitu technology was utilised on, which was for Watercare’s new Waikato water treatment plant project, to make a tank for the wider project to add additional treatment capacity adjacent to the existing plant. NDA transported its tank spiral welding machine to site to fabricate the 500,000-litre tank that spans 11 metres in diameter and is six metres high.

“Our spiral welding technology basically allows us to make a large cylinder in a continuous spiral,” explains Cliff. “It means we can make very large tanks more cost effectively and quicker than normal methods as there is no way you could make a tank this large in a workshop then transport it to a site.”

NDA had five staff on site for the project and completed it in a tight time frame. Additional components were manufactured in its Hamilton and Blenheim workshops. Cliff says other benefits of the technology include the fact it is machine welded and polished and requires fewer welds resulting in a higher quality end result. The automated process also has health and safety benefits and the more controlled environment once again contribute to high quality levels.

Cliff says the technology can also be utilised on products such as dairy silos and dairy companies have shown keen interest in this and the spiral welded water tanks. NDA has made silos for customers such as Yashili and Fonterra.

NDA had its beginnings in 1894 in Hawera. Today NDA Group is a New Zealand based group of companies which is a world leader in the engineering fabrication of high precision process vessels and heat exchangers for industry, and the provision of other specialist products and services to key markets around the world. It employs over 700 staff with operations in New Zealand, Australia and North America. In New Zealand NDA operates large workshops in Invercargill, Blenheim and Hamilton with smaller satellite operations in Timaru, Christchurch and Hawera.

The dairy industry makes up around half of the company’s client base with the remainder including industries such as food, wine, water and beverage.
NDA’s core area of business is fabricating specialty alloys and stainless steel for use in industry. NDA Group can offer a full turnkey service, taking care of the whole process from fabrication to assembly to installation and maintenance.

Cliff says innovation remains at the forefront of NDA’s focus and its dedicated innovation team is currently innovating in a number of areas including taking learnings from the Kaikoura and Seddon earthquakes to engineer silos that are stronger and more seismically resistant.

He says at present this is focused on developing a silo specifically for the dairy industry.

“We are actively pursuing innovation in a number of key areas and have a dedicated team for this. The market is constantly changing and we need to keep ahead of what our customers require and stay at the forefront so we can continue to offer them the very latest technology available to help them operate competitive businesses.

For more than 100 years we have provided superior products and services to our customers and this is a continuation of that.” 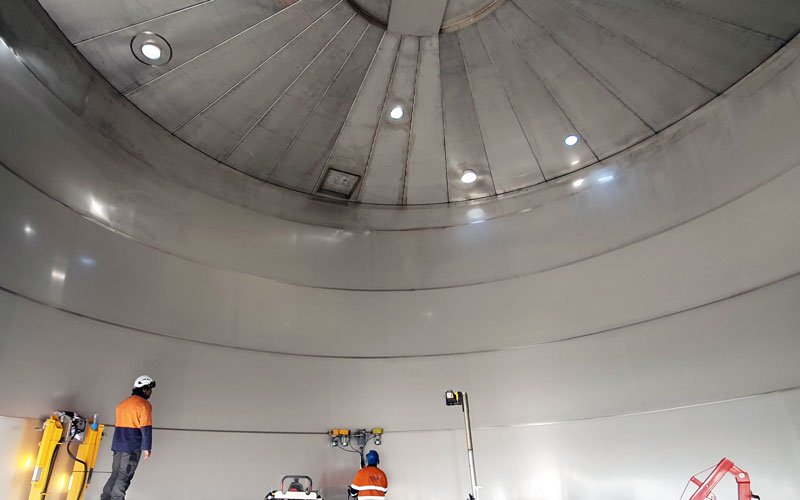