Lockdown delivery a source of pride – Fonterra Longburn and Pahiatua 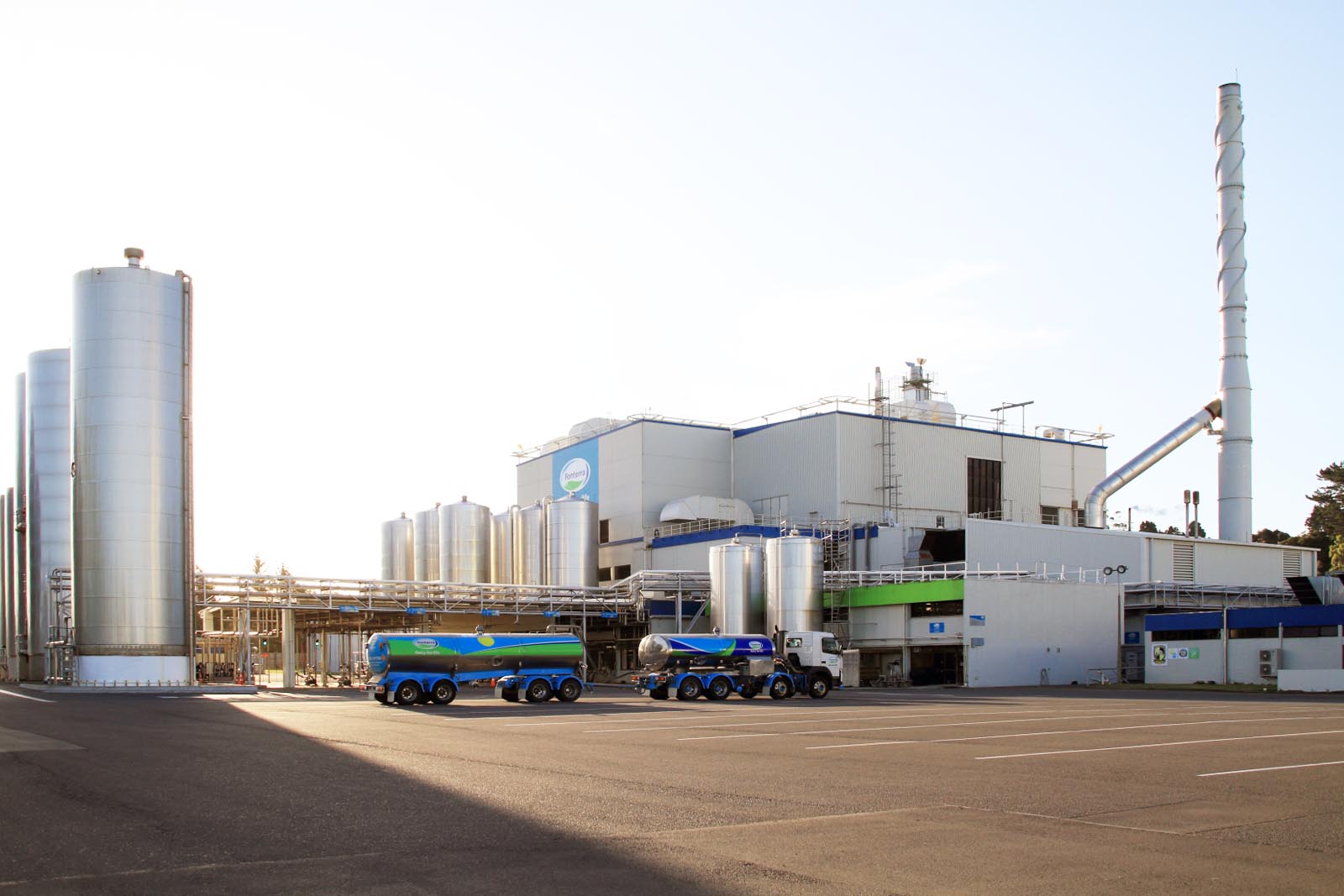 Doing what they do best, helping to feed the world during the pandemic’s lockdown period and knowing they were essential workers in a time of great need was a source of much pride for the team at Fonterra’s Longburn and Pahiatua processing plants.
Fonterra’s Longburn and Pahiatua Operations Manager Graham Thomson says right throughout Fonterra everyone was brimming with pride.
That pride was never more apparent than when a video was produced with farmers across the country showing their appreciation to the team for uplifting their milk and processing it during lockdown.
“At site, we were the same—thanking the farmers for still milking their cows and giving us the opportunity to keep working, providing food for the world during this terrible time.
“I think it reinforced the strong relationship we have with all our suppliers.”
Ahead of the game, Fonterra’s teams were well prepared to implement an action plan to ensure business continuity and the supply of milk flowed to kiwis and the rest of the world.
“We have quite detailed business continuity plans and as Covid ratcheted up Fonterra’s senior leadership provided clear direction to Site Operations Managers to ensure the safety of all staff.
“We had conversations with vulnerable staff explaining that for their own safety we were standing them down but on full pay during that period.”
IT systems were ramped up enabling staff who could work from home to do so, while staff not required to be at work were put on paid leave.
Tables and chairs were removed from cafeterias enabling social distancing, while people were encouraged to take breaks outside—weather permitting.
“A massive amount of extra hygiene was implemented,” says Graham.
“We take the responsibility of working in a food industry very seriously. Our plants are always clean—but they became ‘super clean plus’—with staff frequently reminded of hand washing requirements.
“Everyone who came to site was temperature tested before being allowed to enter the plant.”
Longburn’s plants operate 10 months of the year with a two-month ‘winter shutdown’ period when cows have dried off. That period is used for routine plant maintenance, typically involving many contractors on site.
Planning for winter shut down effectively starts the previous year, and Graham and his team had to quickly strip the shutdown plan to the minimum maintenance required, limiting the number of contractors on site.
As business operations have returned to normal, much of the work set aside is being undertaken.
Longburn and Pahiatua are Fonterra’s only two milk processing plants south of Wanganui, collecting milk from Lake Tutira in northern Hawke’s Bay right down to Whitemans Valley in Wellington.
Sited just on the south side of the Palmerston North City boundaries, manufacturing at the Longburn site commenced in 1966 and is now crucial to Fonterra’s lower North Island’s milk collection.
“Longburn specialises in the supply of ingredients and products to other Fonterra sites to manufacture into finished products, and is used in the dairy seasons peak from September to November to manufacture casein.
“We also have two reverse osmosis plants that take raw milk and process it into concentrated milk, which is then transported by rail to Fonterra’s Whareroa site in Hawera for processing into products like whole milk powder, cheeses and associated products.”
Depending on the time of year just over 90 people are employed at Longburn, of which 70 are tanker drivers.
Thirty kilometres from Palmerston North, the Pahiatua site is the largest employer in the small community and has the sole job of manufacturing whole milk powder.
“We employ over 240 people, about a third of which are tanker drivers.
“In peak season when all three plants are running, Pahiatua can be processing 4 million litres of milk a day—the equivalent of 160 tankers.”
The most water efficient site in the country bar none, the Pahiatua site achieves a milk to water ratio of 1:.25, while the accepted industry standard is 1:1.
“Fonterra has a real drive for sustainability with water being a key focus.
“Due to technology and improvement projects at Pahiatua we’ve been able to make huge improvements. Water is mainly used for cleaning.
“Every pipe, silo, pump, tanker has to be cleaned with chemical and hot water every 24 hours—that’s a regulatory requirement.”
Graham explains that 86% of raw milk is water which is extracted during processing, then cleansed to a potable drinking water standard before being utilised for washing the plant.
“We have a lot of religious requirements to work with, one of them being Kosher which has strict requirements around water,” Graham says.
“We had to bring the Australasian rabbi to site and explain the process and our objectives,” he says.
Maintaining a high visibility within the local Pahiatua community both as an employer and active participant in the community, last year the local Fonterra team partnered with the local Community Trust and implemented a Winter Workforce.
“A lot of staff have skills they can utilise outside of the dairy industry so we provided staff to go out and help the elderly prepare their homes and properties for winter—cleaning gutters, trimming trees and that kind of thing.” 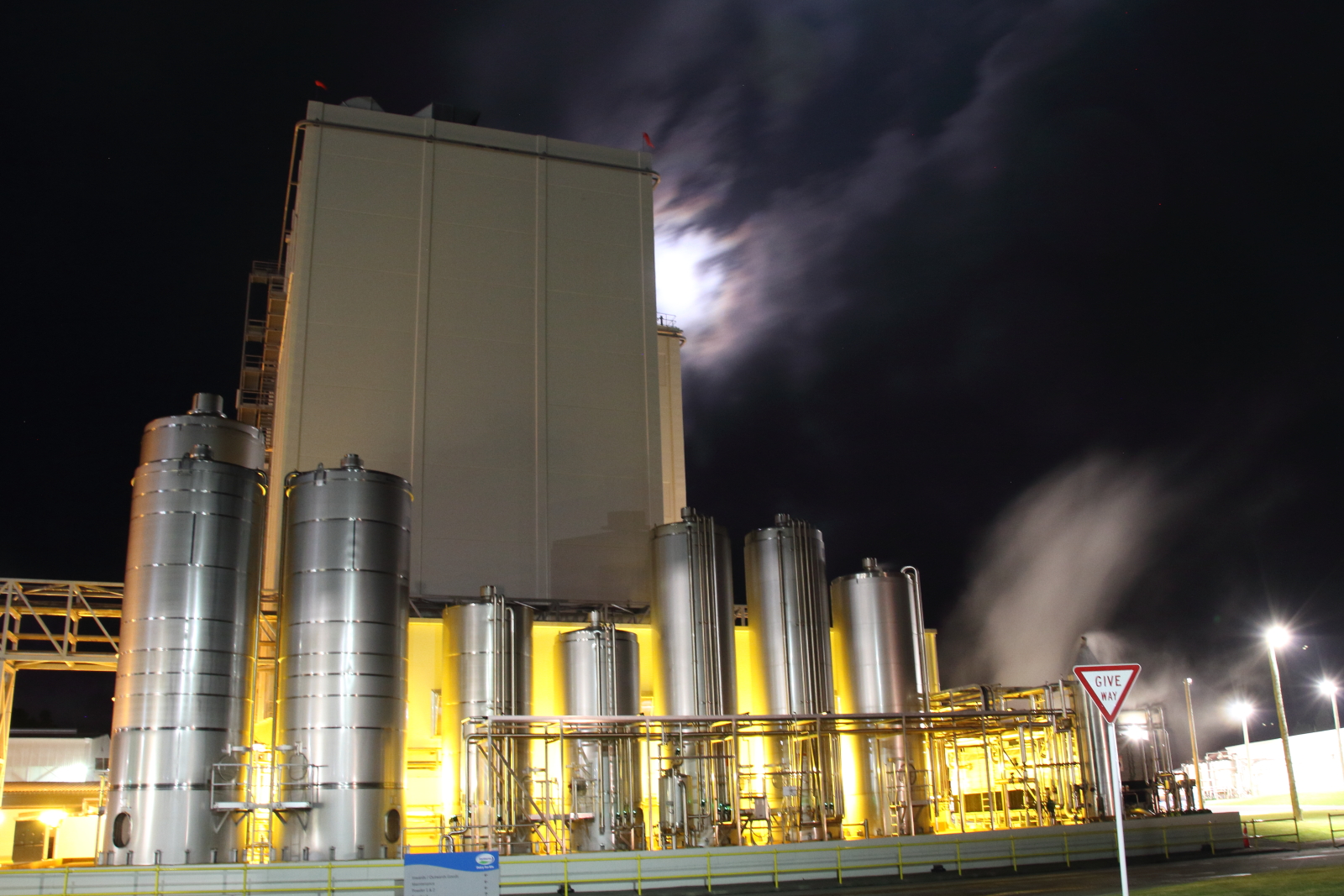 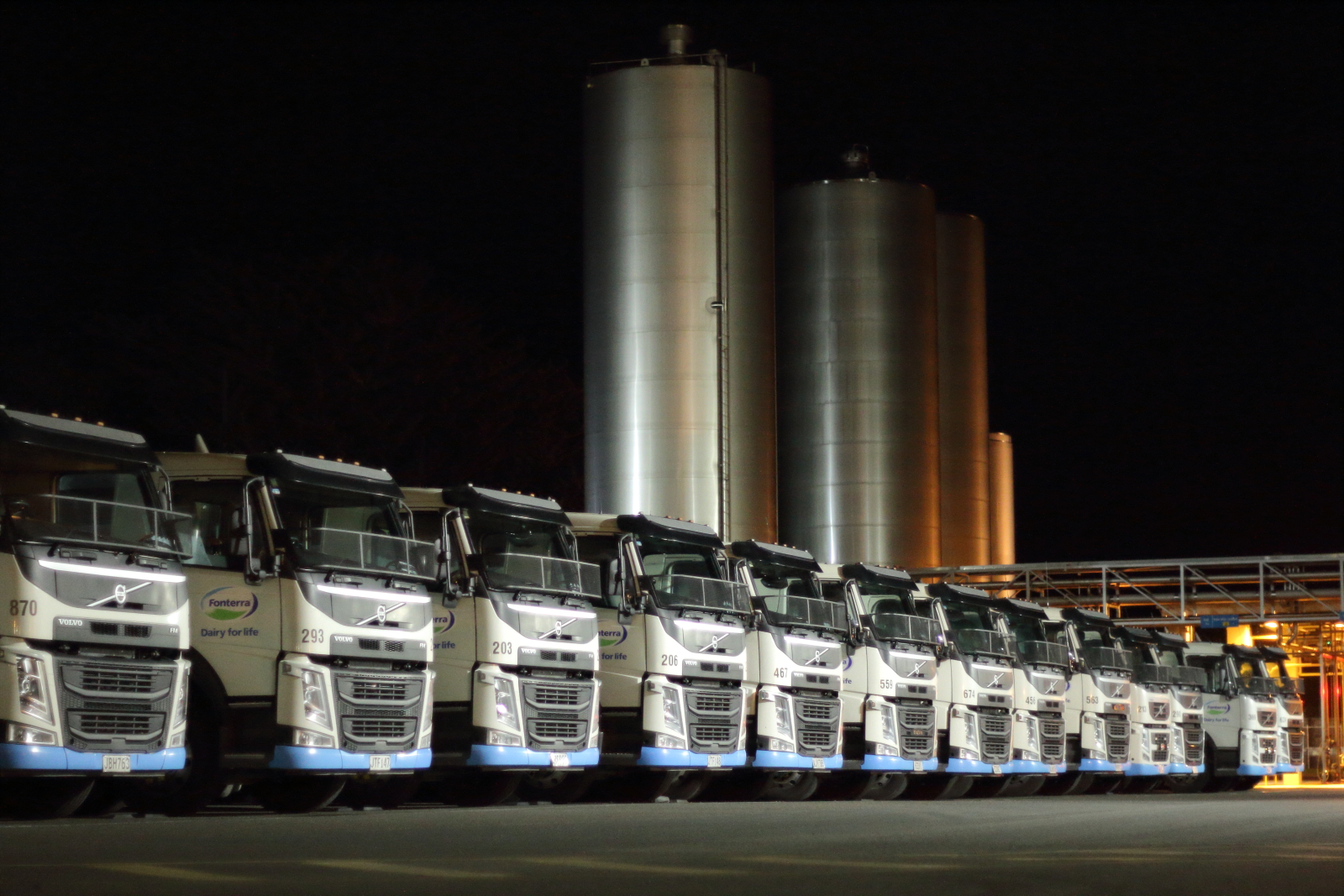 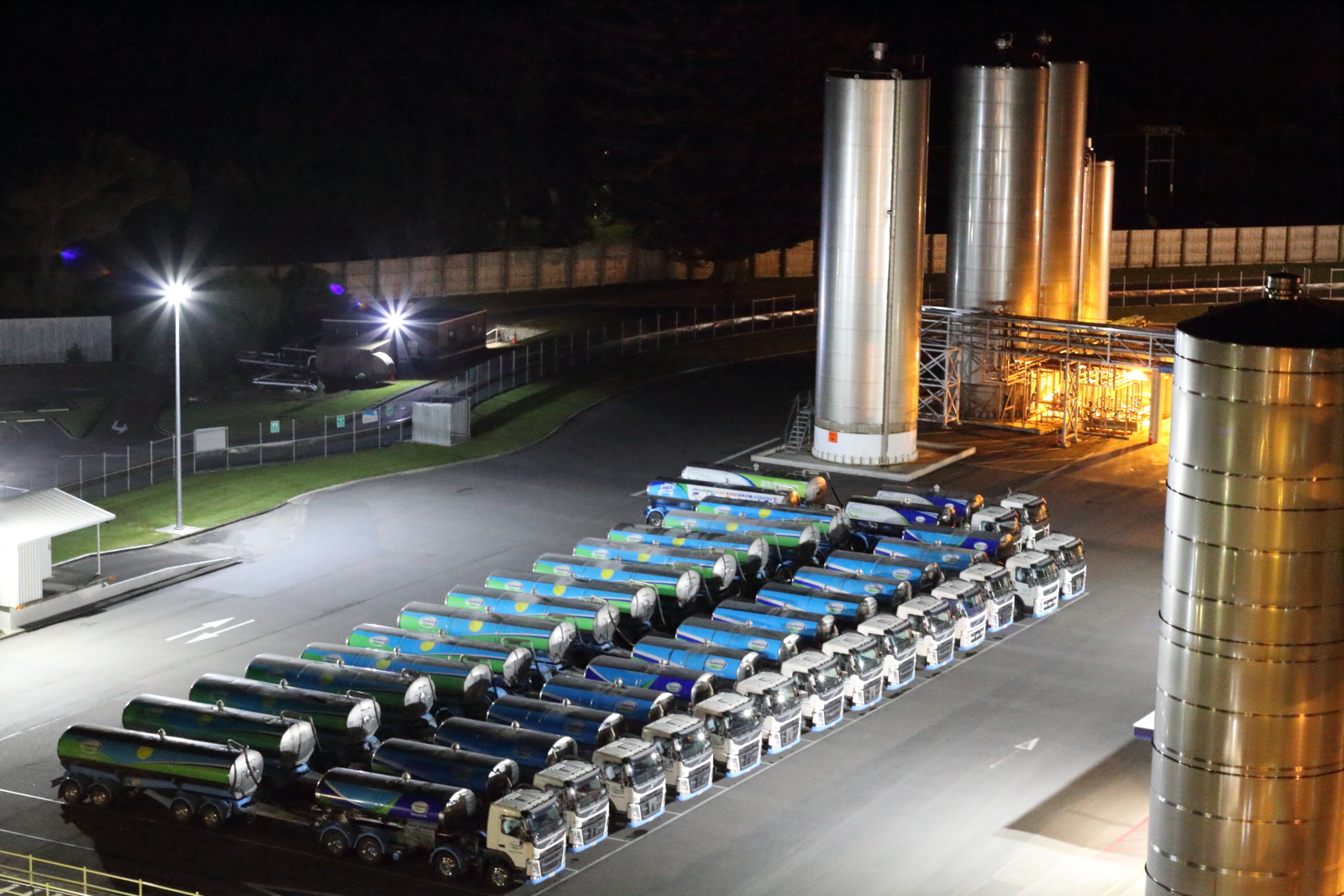