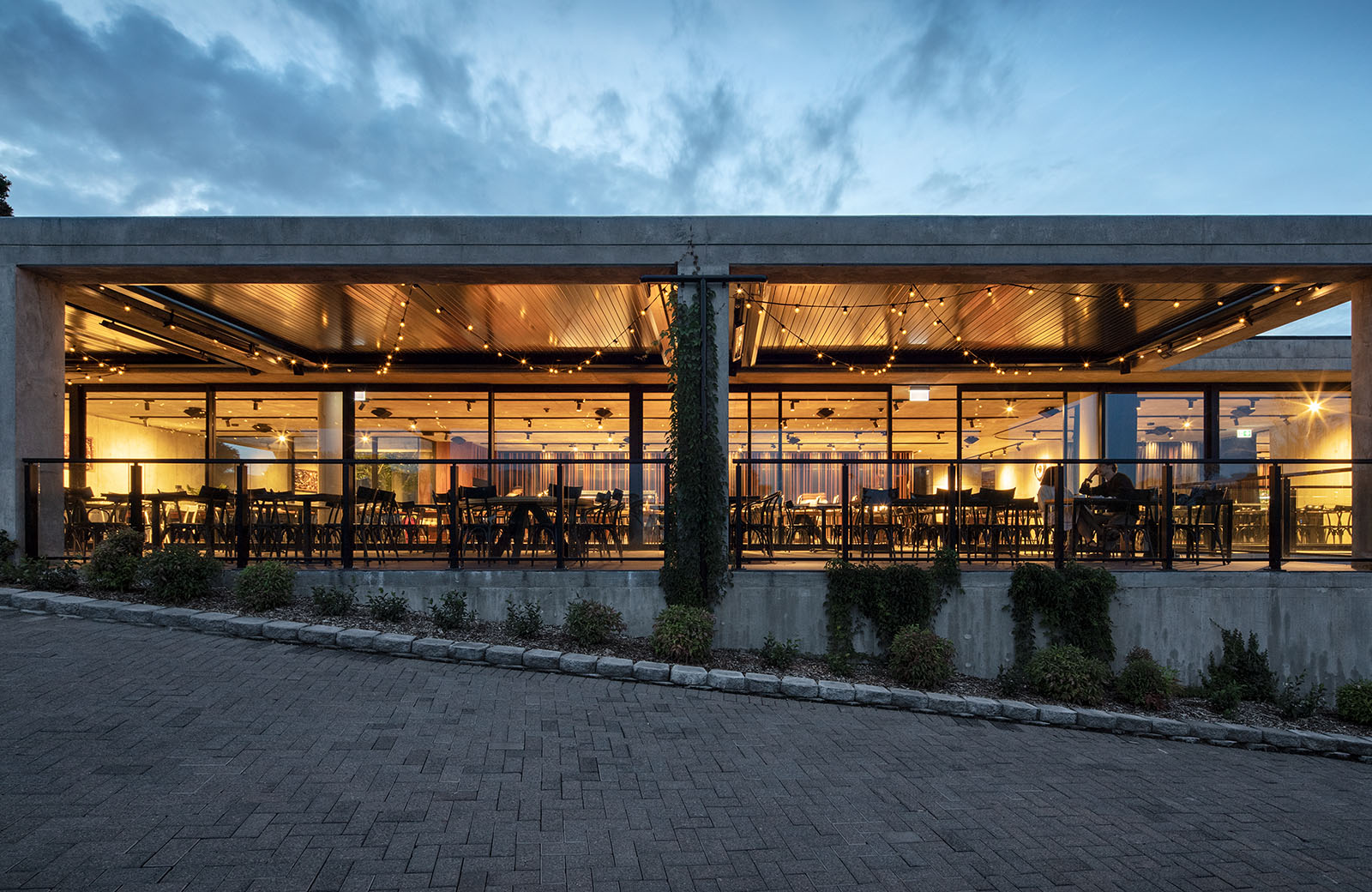 “Tim and Andy had the drive, they had youth on their side, and they wanted to take the business to the next level.”

With a proud history dating back to 1957, Holmes Construction has grown from a reputable Wairarapa building business into the Wellington market, and is now in the hands of the third generation.
Will Holmes co-founded the business in the Wairarapa with his friend Graeme Rigg, and built up a great reputation Graeme left in the 1960s and in 1979, Will’s sons Tim and Andy joined the business.
Holmes Construction had been responsible for a lot of trade training over the years, and Tim and Andy were no exception.
They were trained by Holmes Construction and after qualifying, left to work for other construction firms in New Zealand and overseas. They gained valuable experience on large-scale commercial projects and on their return in 1996, they purchased Holmes Construction from Will.
Tim and Andy grew Holmes Construction into Wellington city, when a 50/50 opportunity with a developer had the company building a central city apartment building. From that project, one job led to another and Holmes Wellington was born.
“Tim and Andy had the drive, they had youth on their side, and they wanted to take the business to the next level,” says Holmes Construction director and Tim’s son Ben Holmes.
“They’ve got the business to where it is today. The next part of the story is they are retiring and the next generation, which I’m a part of, is coming through.”
As a member of a passionate, construction-enthused family, building is in Ben’s blood and he spent his youth assisting the family business. He now has many years of experience as a skilled and qualified carpenter, with excessive construction to share with his team and his clients.
Holmes Construction’s start as a family business continues to direct its approach today, as Ben is joined in the directorship of the company still by Andy Holmes and also Marc Jurlina.
Marc’s strengths lie in budgeting, estimating, and cost planning, and he is renowned for his ability to successfully and accurately price large, complicated projects.
Building and maintaining key relationships is his passion, and for him it is critical to get to know his prospective and existing clients. They can expect authentic, integral communication and strong support with value engineering, cost estimating, and providing a deliverable budget expectation.
Experienced managing director Andy has multiple decades of construction industry exposure which pays off in his leadership and expert level involvement of running Holmes Construction.
He is driven by the joy produced through the process of negotiating, securing, and completing excellent and stand-out construction projects.
Such projects in the Wairarapa have recently included some really iconic builds.
The new retirement community The Orchards in Greytown is a large, 175 unit complex and a $100 million build which will keep Holmes Construction on site for the next five to six years. “
A decent job for a town of 2500 people,” Ben says. “It’s quite a big deal for the Wairarapa.”
Holmes Construction has a long-term relationship with Wairarapa College in Masterton, has been working there for the past two to three years and has recently secured another contract which will keep it there for another two to three years.
A family in Martinborough which Holmes Construction has done a lot of work for in the past has now reengaged the company to build a new Four Square supermarket.
Notable Wellington projects include the SOHO Apartments, a feat of management and construction for the Holmes Group. Incorporating 326 apartments, a building manager’s office, five retail shops, a swimming pool and gymnasium, and one level of carparking, the project included four 15 storey towers on a two storey podium.
Holmes Construction is now working on townhouse developments Kairangi Rise in Miramar, and Oswald Crescent in Newlands.
Holmes Group’s Wairarapa and Wellington entities have been run separately since their inception, but this year have decided to merge.
“This allows us to double our resources and double our capacity, meaning we can take on more and larger projects ,” Ben says.
“We’re quite happy to be a tier two, family business, but with this merger, there is a good chance we will branch out to some bigger builds.”
Holmes Construction undertakes large and small commercial projects and high end architectural residential projects across the lower North Island. Its approach to all projects is a team-based one, with its core group of senior employees bringing a diverse range of experience to the table for the benefit of clients.
“Our values as a company are around people,” Ben says. “We value our employees and suppliers, and our clients are of utmost importance to us. We’re honest, hard-working, and transparent. That’s what we get up to every day, and that’s what works for us.” 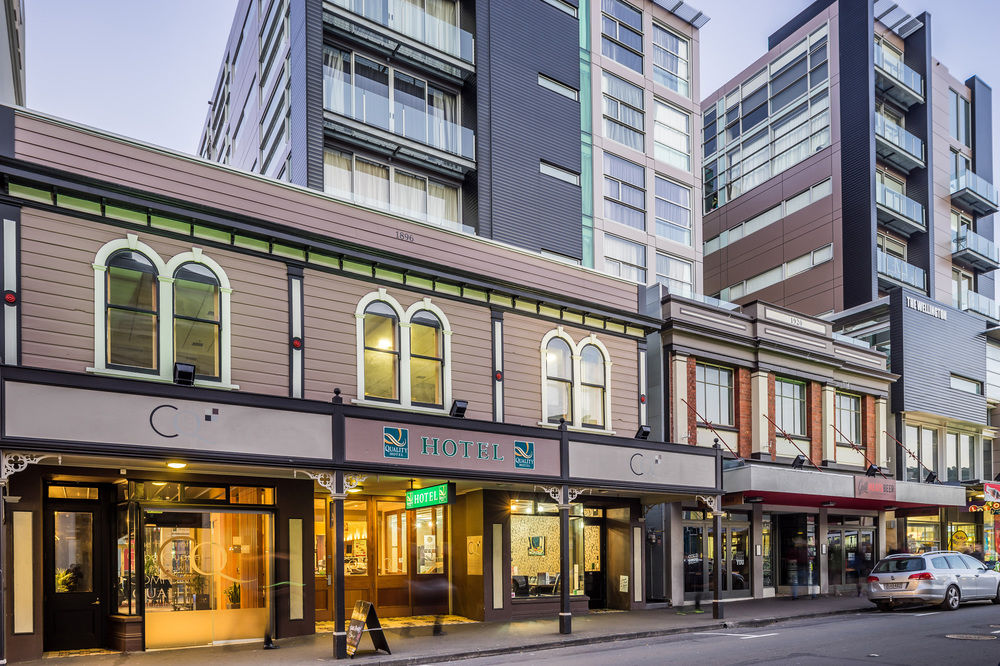 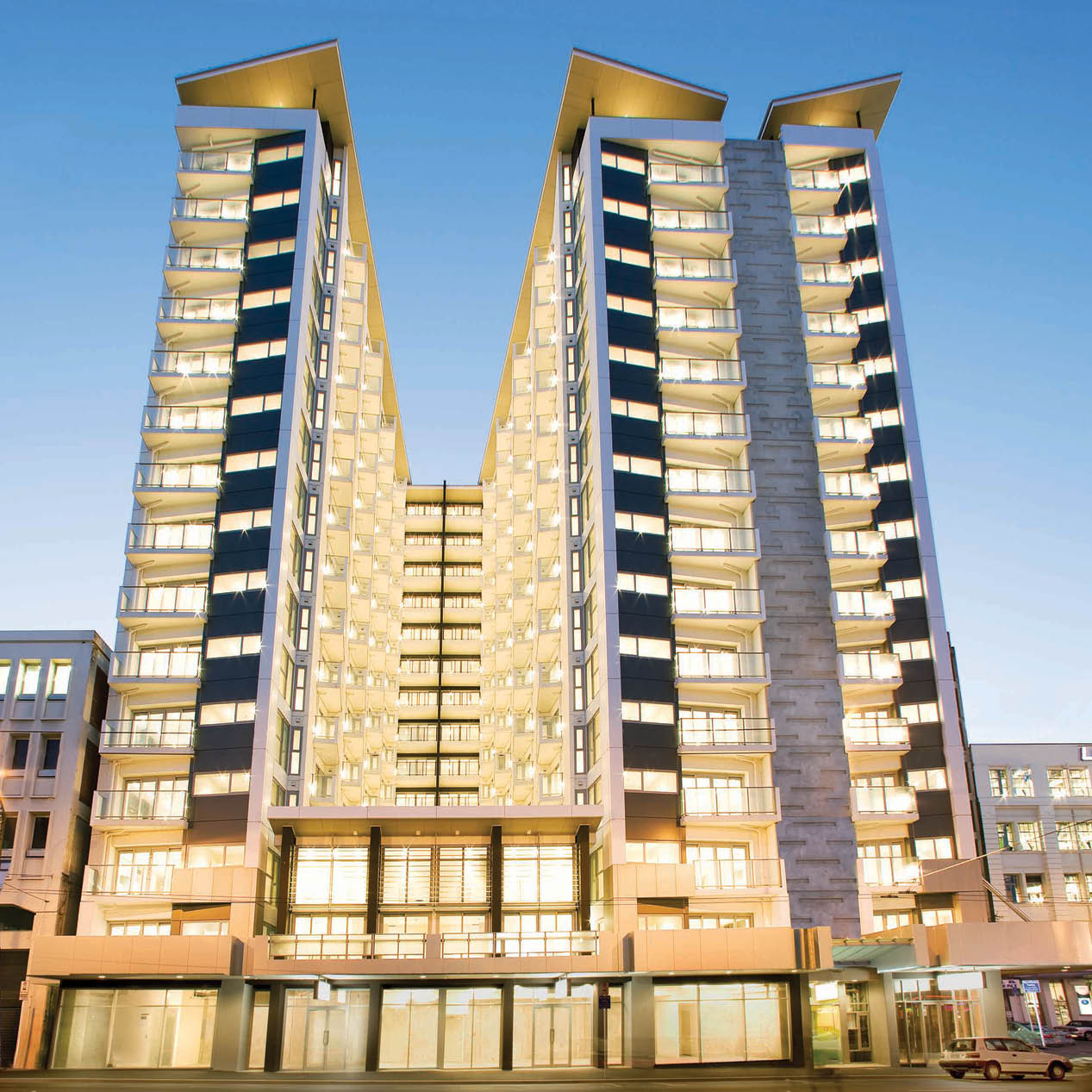 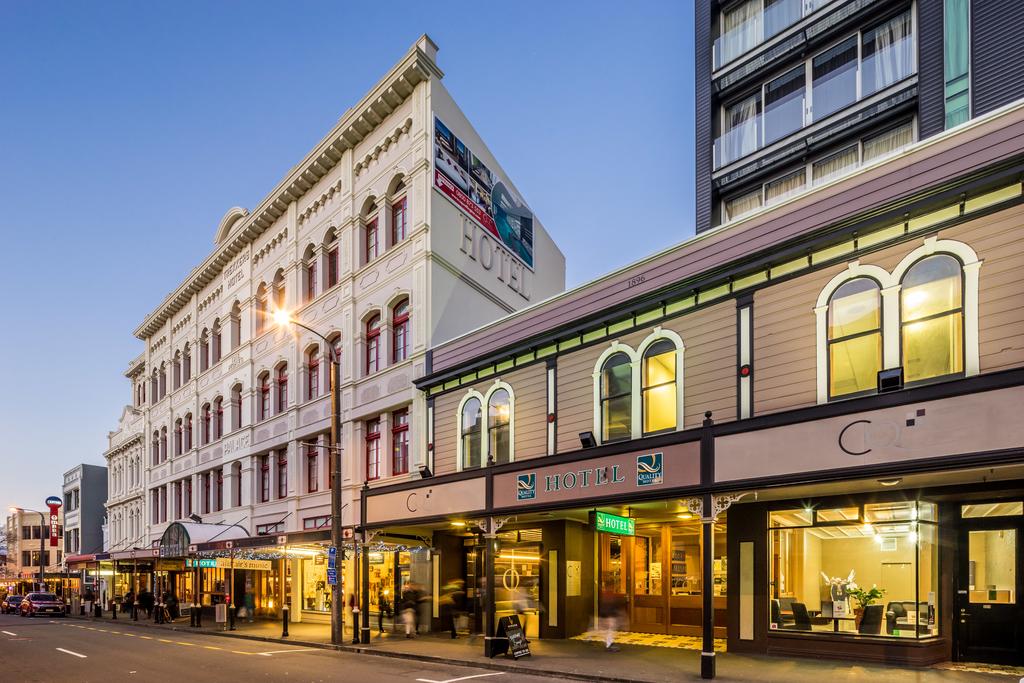 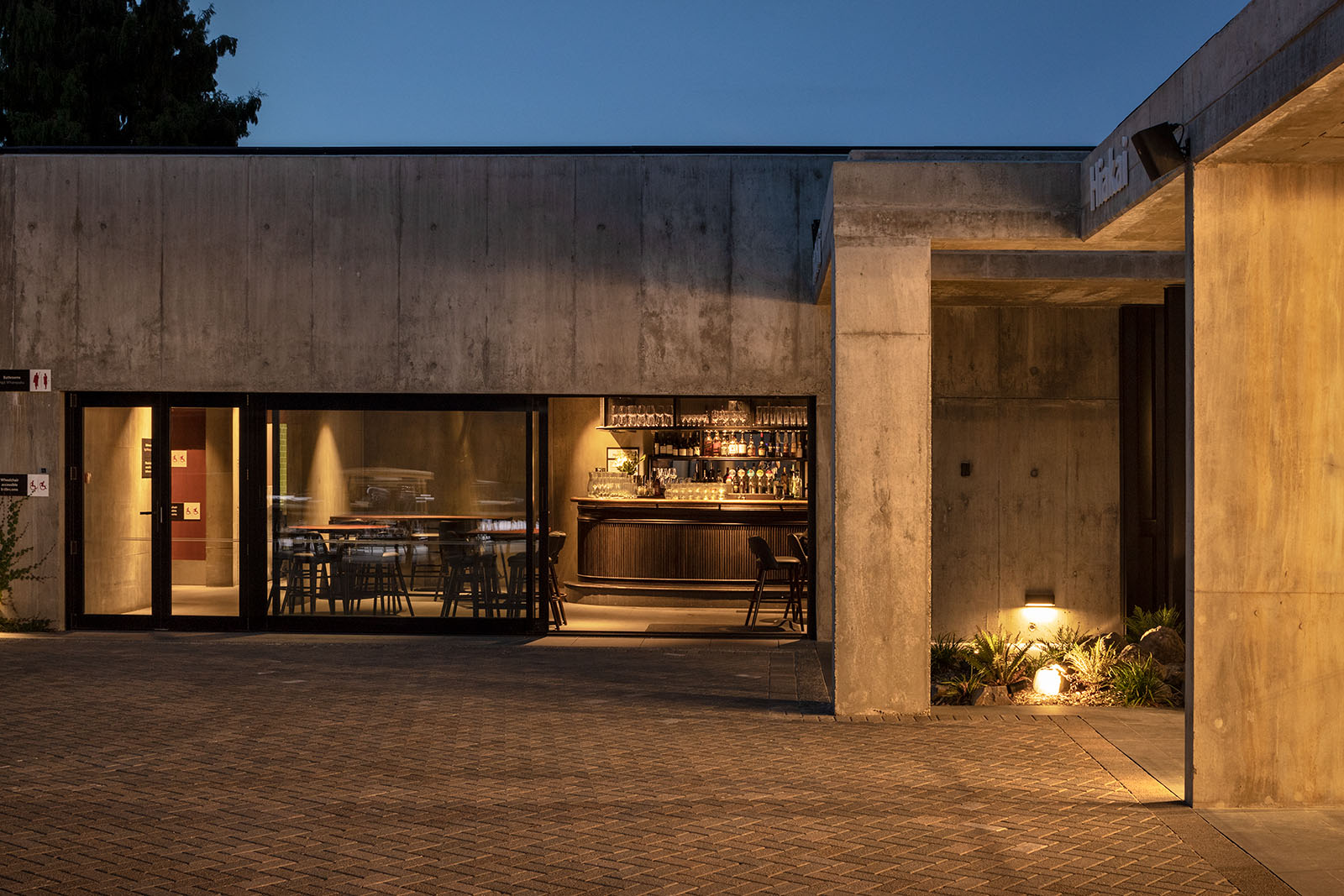 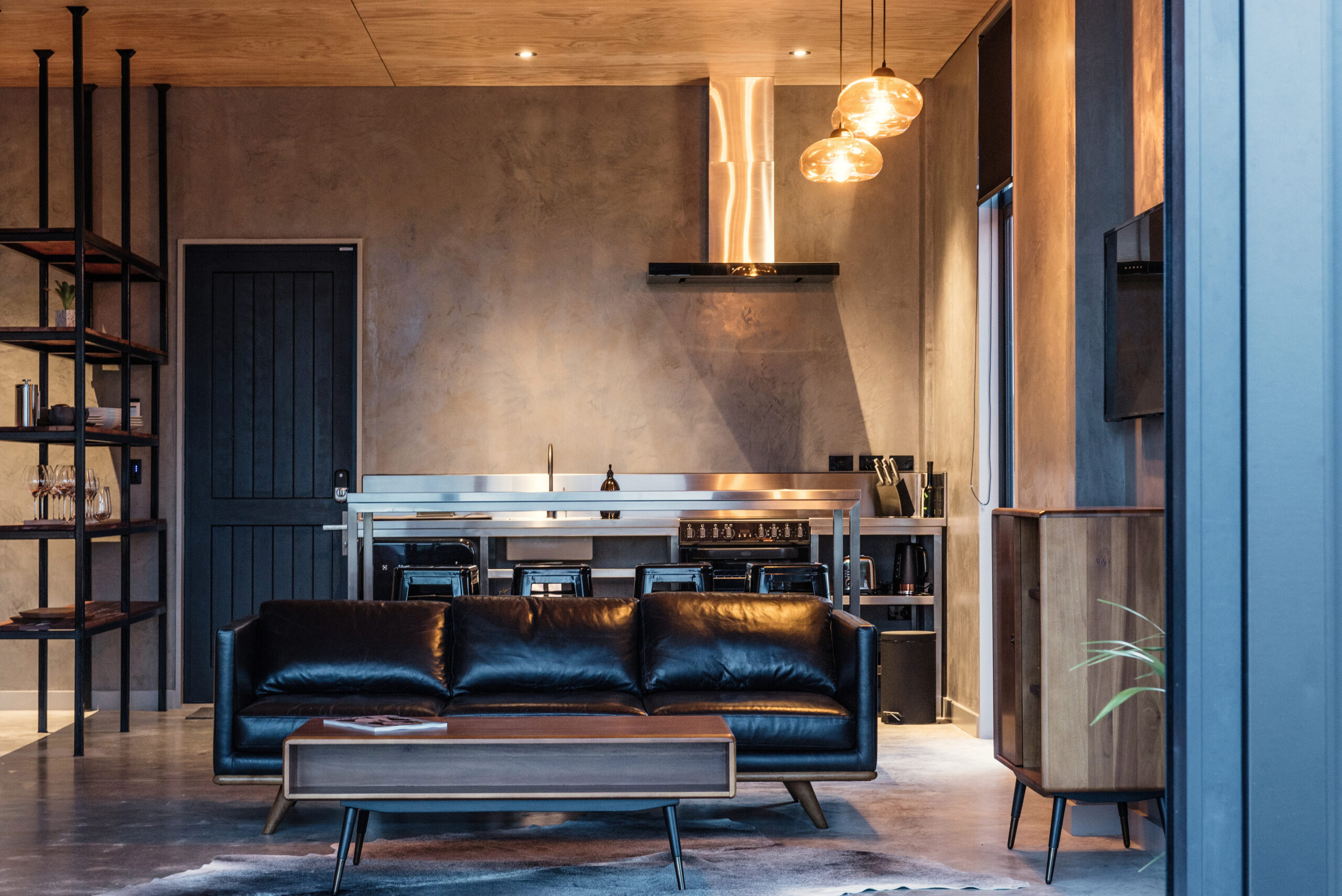 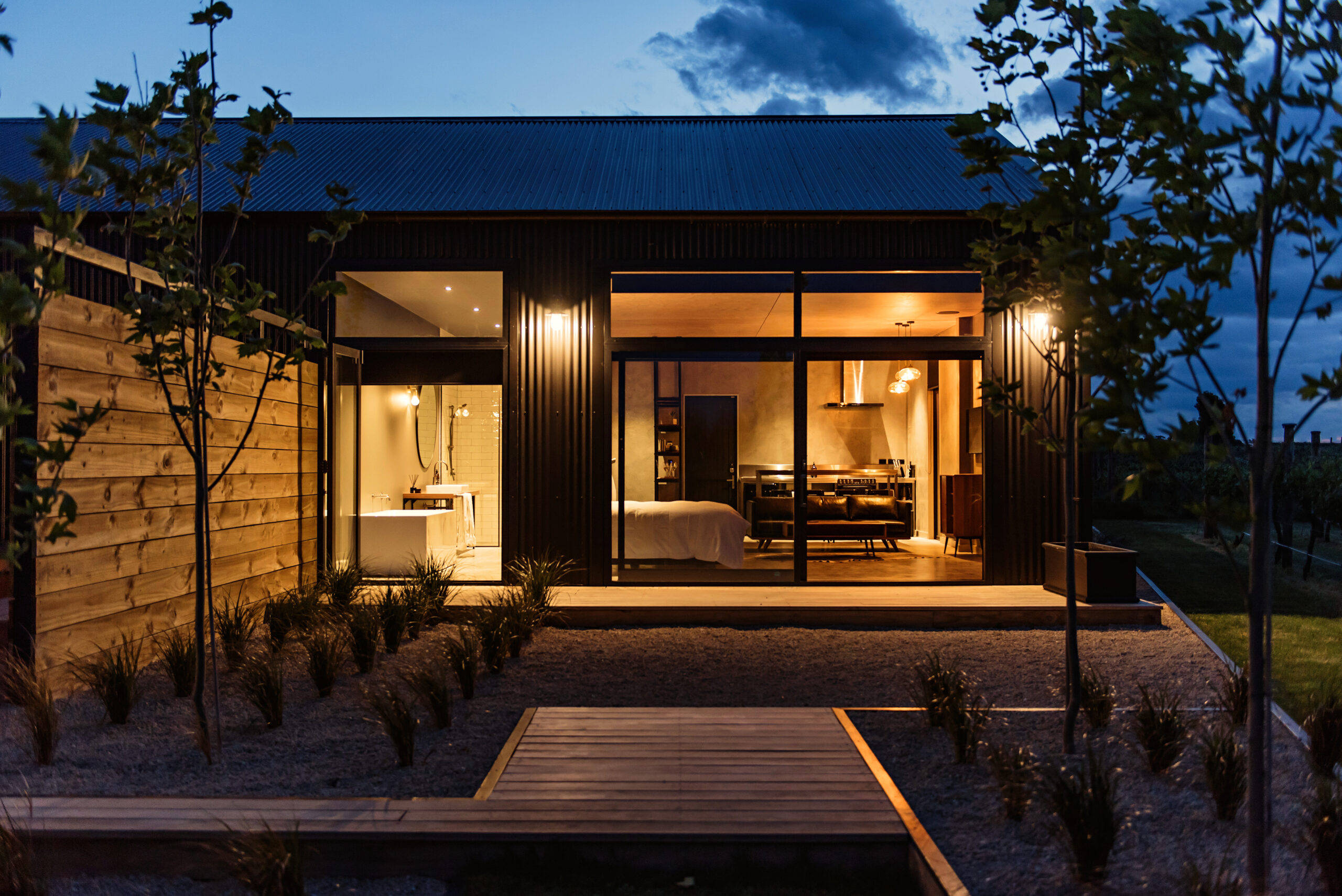 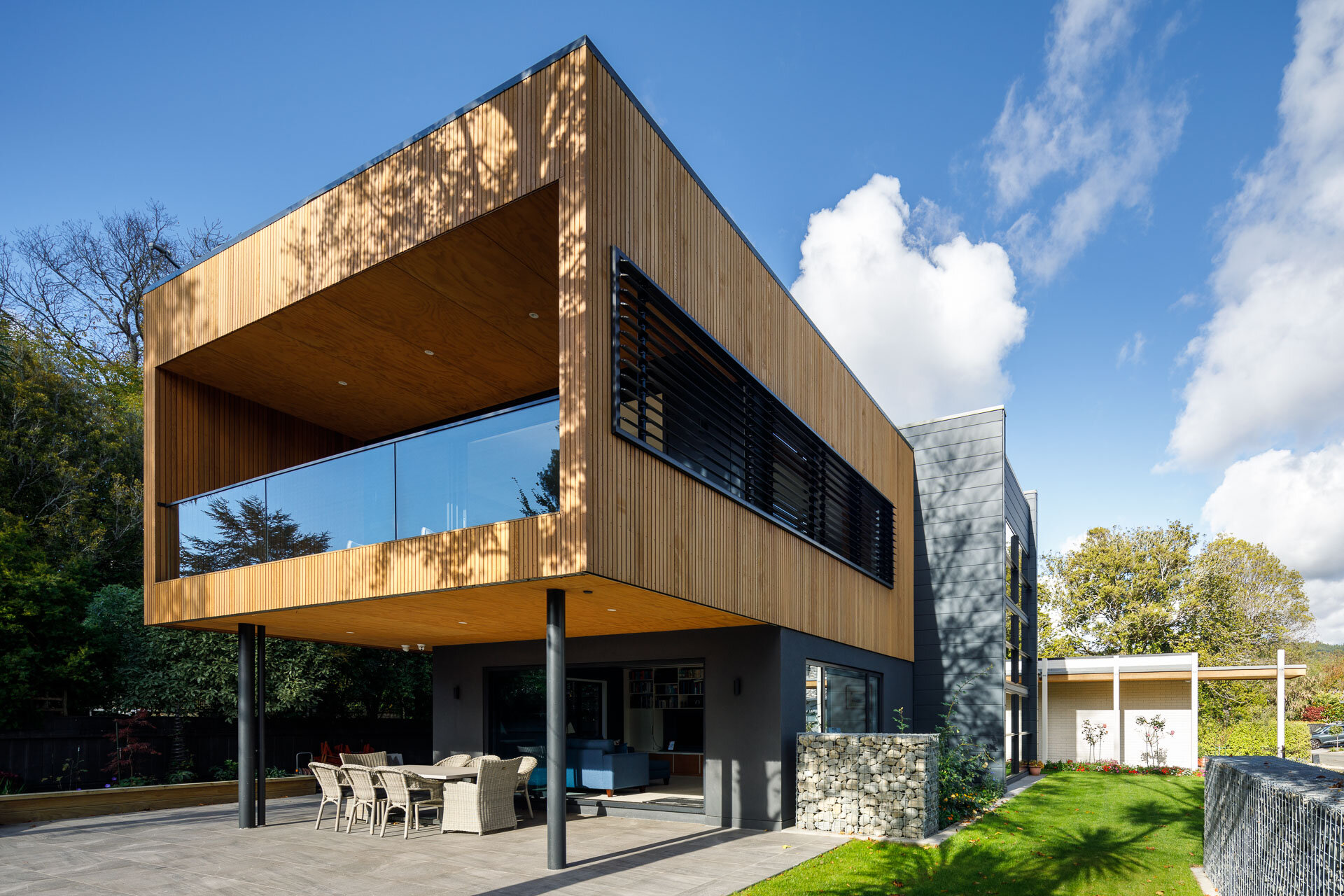 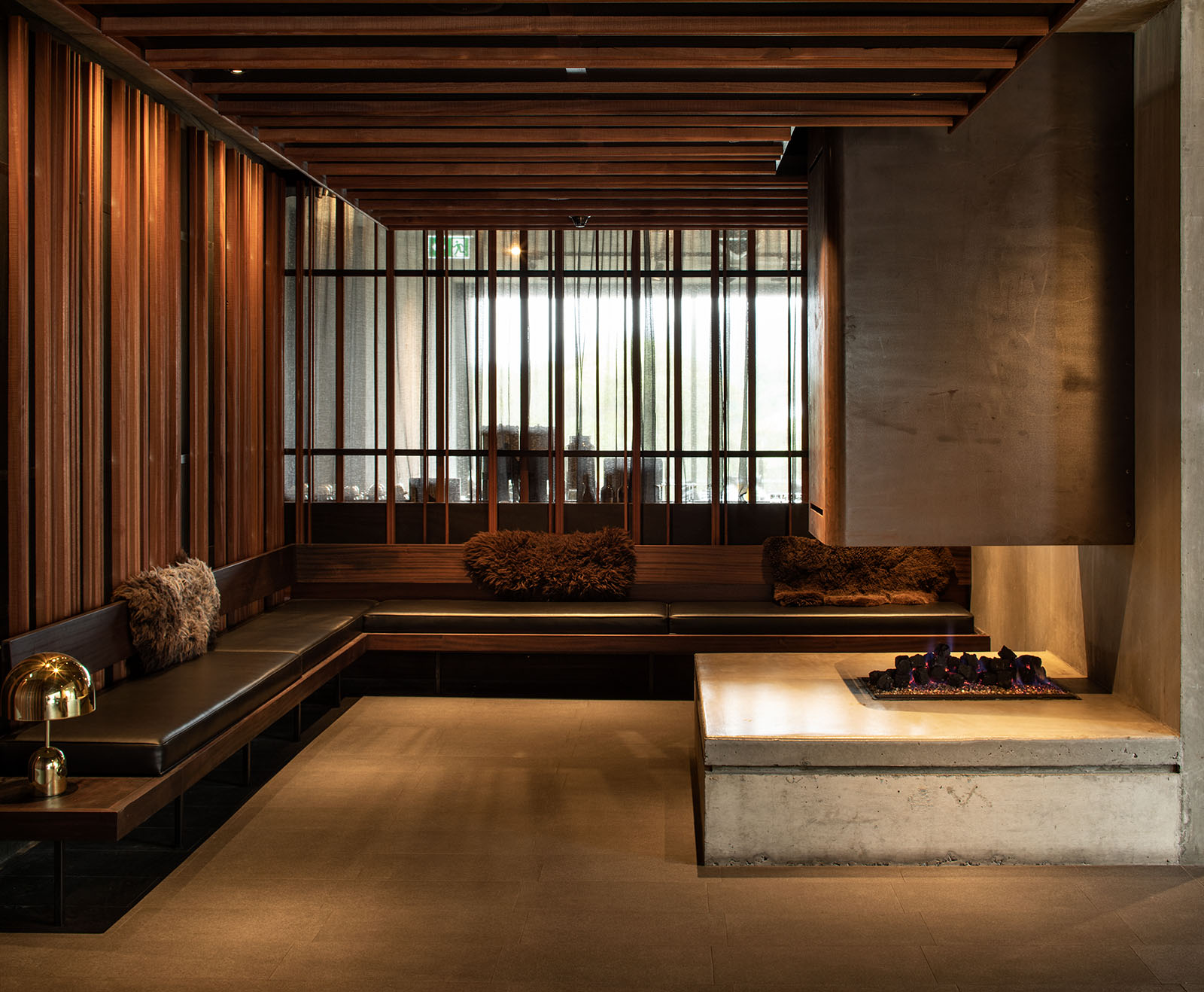 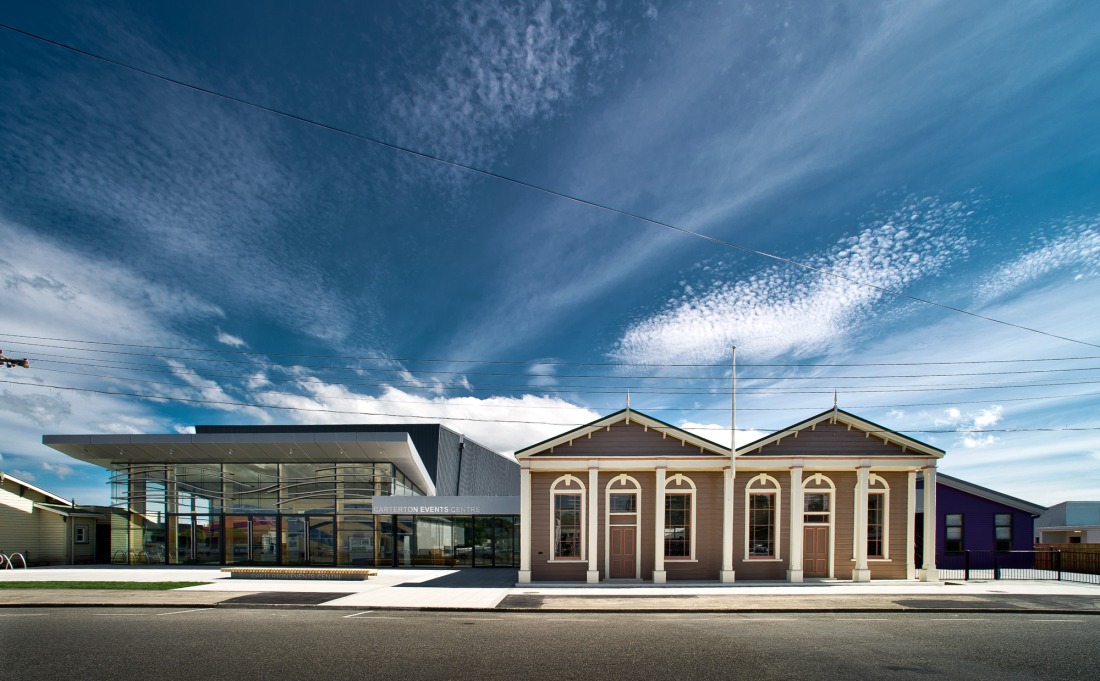 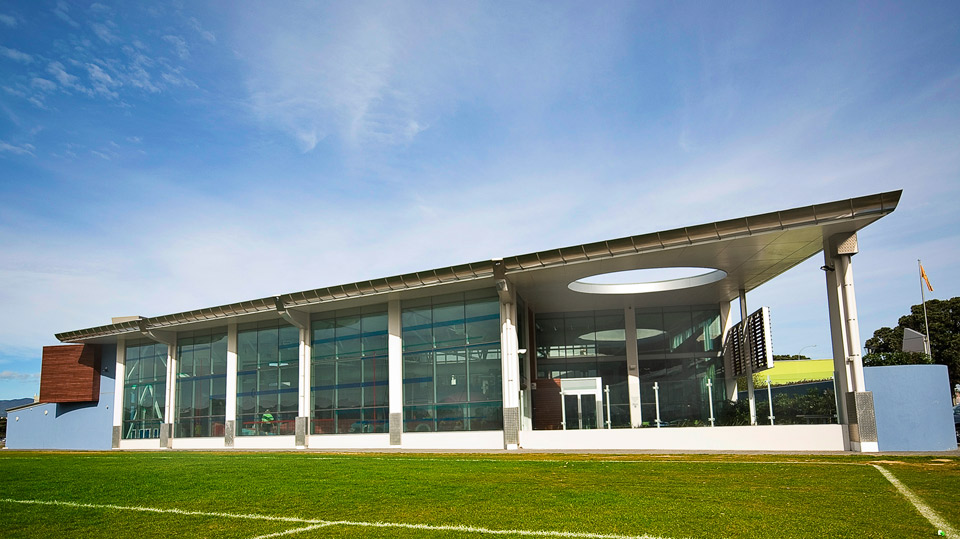 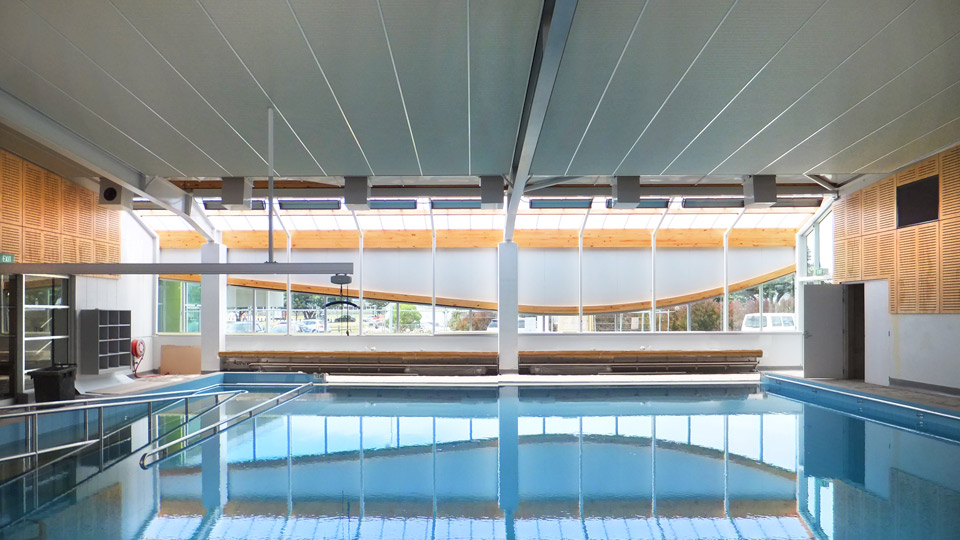