Family at the core of firm’s success – Heron Construction 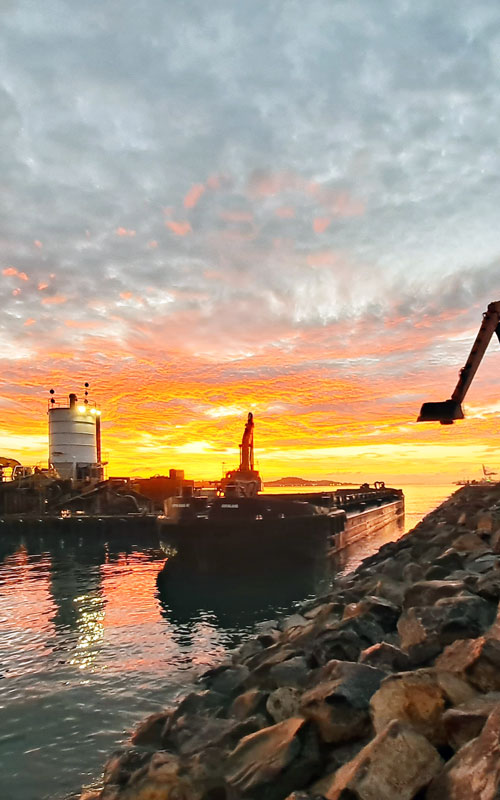 “You can buy as many pieces of good plant as you like, but unless you have the right people operating that plant and managing the projects you wont last very long at all,”

There is an age-old adage that the success of a business is about having good people —they are a business’s greatest asset, and that is absolutely true of family owned and operated Heron Construction.

From the moment in 1964 when Dutch immigrant Willem Kroef founded the bones of the business, a strong work ethic chiselled a reputation for getting the job done and done well.

“You can buy as many pieces of good plant as you like, but unless you have the right people operating that plant and managing the projects you wont last very long at all,” says Greg Kroef, the current Managing Director and whose ‘Opa’ started the business.

“The involvement of the successive directors has also been a key to the company’s success. While at 76 my father is semi-retired, up until two years ago he would still be in the workshop or yard working every day.

“My uncle at 71 is still there every day — if he’s not driving a truck he’s driving a crane. That work ethic has been instilled into my brother and myself as we grew up.”

From its roots building concrete pump stations, culverts and bridges, in the late ‘60s Heron Construction got into dredging using cutter suction dredges working on projects in rivers, lakes and harbours and was involved in the building of many of New Zealand’s marinas between the 1970s and 90s.

There was also a pipe thrusting division for sewer and storm water where pipes would be thrust deep under hills, railway tracks and even a Fijian runway in the early ’70s.

Progressively the business focused more on the marine side of things getting into bigger Heron Construction, plant and equipment and expanding into tugs and bigger barges, bringing the business to where it is now.

In 2018 the company bought a shipyard in Whangārei. Called Heron Ship Repair, the yard boasts a large 1800-tonne commercial slipway where it maintains tugs, barges, fishing vessels and ferries.

“With our work on marinas we offer a turn-key solution where we can do the dredging, build and install pontoons through our marine construction divisions.”

Dredged material was combined with cement to make the mudcrete required for the reclamation. After a settlement period the reclamation will be used for carparking.

Amour rock for the marina seawall was sourced from Whangārei and barged all the way down the coast direct to Westhaven, rather than trucked, minimising the project’s carbon footprint.

“At the moment we’re casting big concrete floating breakwater attenuators in Whangārei for that project.

“These are the first of their type seen in New Zealand. Each wave attenuator weighs 220 tonne and we cast our first one yesterday.

“In total there are twenty-three of them to do. Rather than building a rock breakwater, which you see in a lot of marina’s, Kennedy Point will have a floating attenuator that goes up and down with the tide, keeping the craft safe inside the marina.”