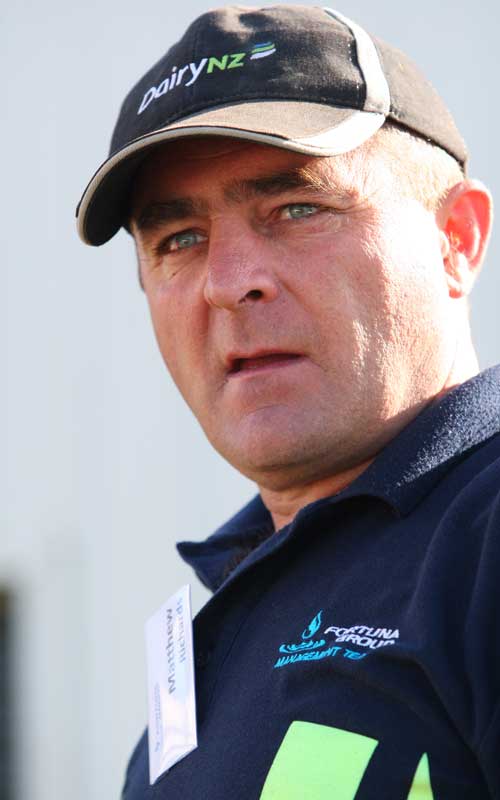 “Key to our growth is the people who operate and support our farming operations. All in all, we aim to do what is right by the company, for our people, for the environment and for our animals. We want to be great custodians of the land.”

From its genesis as a true ‘humble beginnings’ story, the group operates 19 dairy farms throughout Southland that milk more than 13,500 cows.

Fortuna Group was formed in June 2012 when it acquired the assets and management resources of successful local farmers, David and Kay Dodunski, who moved to Southland in 1992 with their four children.

The couple initially purchased a 125 hectare, 216 cow farm and had two more children over the following ten years.

By the time Fortuna Group was established in 2012 David and Kay owned four dairy units and three support blocks and were shareholders in two other farms.

Chief executive Matthew Richards says the group started with 4,000 cows and is now one of the fastest-growing dairy operations in the region.

While its directors are always open to further acquisitions that meet set criteria, Matthew believes the group is currently sitting at a sweet spot in terms of its size.

“We are not looking for new farms, but there could be organic growth over the years.”

Included in the Fortuna Group’s portfolio is a farm it started a lease on in June this year from New Zealand Rural Land Company, an investor group that owns the land but not farm operations.

“They were looking to bring capital in when the capital was quite light and access to farms wasn’t that easy for growth so it was quite a win-win for us at the time.

“They are great people with great vision; they wanted to partner with great dairy businesses so we ticked the box as far as what they were looking for.

“Right from the start it fitted with us, it fitted with our values and we managed to source an 850 cow farm at Mokoreta in Eastern Southland. It’s a really good acquisition and it has been an outstanding opportunity for us.”

Matthew says that Fonterra’s forecast 2021-2022 farm gate payout, provisionally set at a record midpoint of $8.40 in October, is good news, but had to be viewed in balance.

“It is a good payout but we’ve had some low payouts over the years too. We look at averages, but you’re always going to get some good ones and some poor ones, but you need to run your business at a sustainable level.”