Henry, William and Isabelle sampling peas from a multiple-species crop.

A desire to reduce stress on people, animals and land and create better work-life balance led Russell and Charlotte Heald to change their farming system.
Their journey led the couple, who milk 430 friesian and friesian-cross cows in a predominantly System 3 at Norsewood, to regenerative farming. They are also in the process of converting to organic.
They say both fitted with their values and a desire to produce the best food they can.
“The health and wellbeing of people, cows and land, an holistic approach,” says Russell.
The changes have been significant but also achievable.
They have focused on having diverse pasture species – nine or more – to give cows a mix of nutrients, grasses, legumes and herbs.
Russell says it’s been challenging getting their heads around the fact that plants, such as dock and yarrow, that they used to spray as weeds, are now considered valuable food for the cows.
They run longer rounds – a minimum of 30 days but try to average 40 days. Russell says this allows the plants to “fully sugar up” and any extra sugars head down into the root and soil to feed the bacteria and help the plant to grow.
“We call it our cow salad. As humans we don’t eat the same thing all the time and cows need a balanced diet as well. They eat intuitively and know what they need,” says Charlotte, who has her own health coaching business called Wealth of Health.
Their grazing method has also changed and they graze a third, leave a third to be trampled in and leave the final third of the pasture residual.
The part trampled into the ground also helps to regenerate and feed the soil microbiology.
They still spend as much on fertiliser but have changed the type to natural fish slurry with added bacteria and fungi that is sprayed on in autumn and spring.
They also use a dry mix made up of natural trace element and minerals. “We believe the health of our animals and the food they produce starts with the soil. We’ve seen a great improvement in animal health. Our empty rate is 5.5% whereas previously it was 13-14%,” says Russell.
“Fertiliser doesn’t grow soil. Plants are what grow soil,” adds Charlotte.
It has also helped mitigate run off issues and they can easily stay within their environmental limits. Cutting back the stocking rate has also assisted this.
With regards to their herd they have a no bobby calves policy and this year are using sexed semen on their top 200 cows while using Wagyu and Hereford genetics over the rest of the herd.
The calves resulting from the Wagyu genetics will be sold at 4-10 days old or 90 kilograms.
The calves from the Hereford genetics will be sold at 4-10 days old and replacement heifer calves are reared. They say they only aim to breed from the top 40-50% of the herd to increase genetic gain. Milking the herd once a day creates more family time with Isabelle, 10, Henry, 8 and William, 6.“I don’t leave home until 7am so I have breakfast with Charlotte and the kids. I can be home at 3pm when they get off the bus and they can help me do jobs on the farm.”
Called Dunkeld, the 170ha (effective) farm and a 128ha runoff under the Ruahine Range is owned by Charlotte’s family and are farmed in an equity partnership with her parents, Jerry and Diana Greer.
The farm is part of a new initiative called Calm the Farm, a new investment service aiming to help conventional farmers to convert to regenerative agriculture.
It has been launched by environmental funding market Toha Foundry and provides farmers with access to investors and farming advisers.Charlotte and Russell’s farm will be a case study and they will be involved in mentoring and supporting farmers who wish to make the transition.
“We’re very excited to be part of this,” says Charlotte. “We’ve been doing something left field for a while so it’s great to be part of a supportive network.” 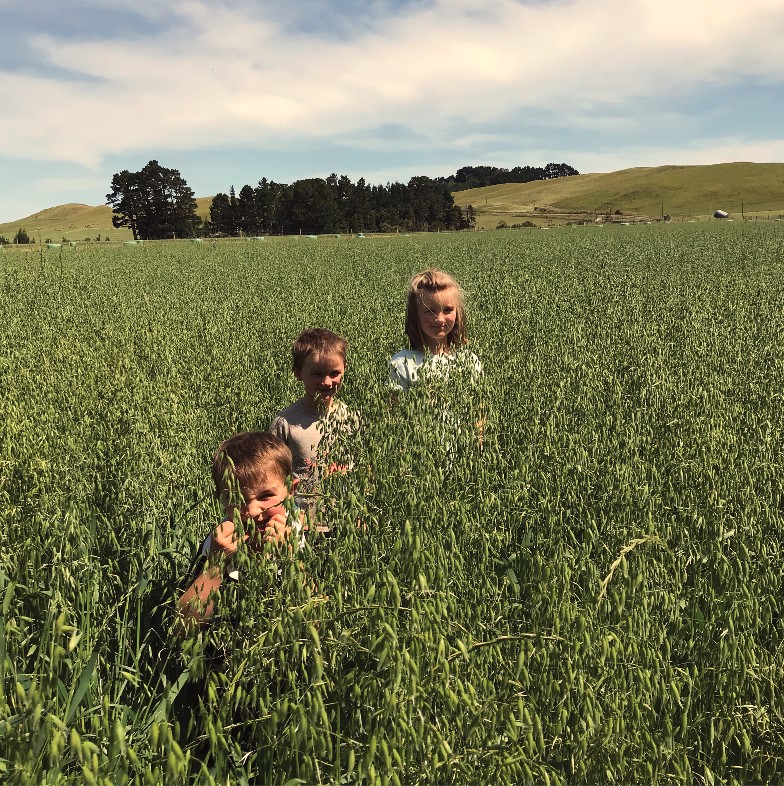 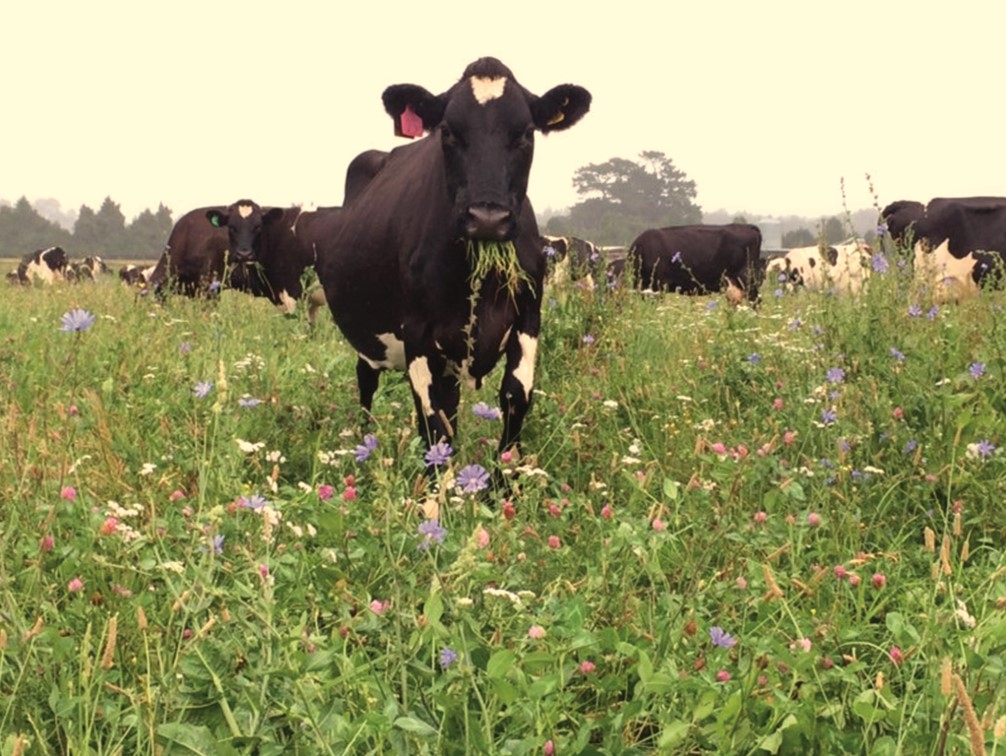