Sherwood Primary all set for growth

Space to learn and play is at the centre of the school and the students’ safety and security is improved.

Nearly ﬁve years after losing most of its infrastructure to ongoing leaky building problems, Sherwood Primary School, on Auckland’s North Shore, has now moved in to its new buildings and is set for a future of growth.

Students have been relocated away from the main road to a new, more open and ﬂexible exterior environment created as a result of the new building forms. Space to learn and play is at the centre of the school and the students’ safety and security is improved.

For principal Annie Doherty, the fabulous new hall/gym is amazing. “Not having a hall has been hard on the whole community,” she says.

“Our neighbouring school Northcross Intermediate has been extremely helpful letting us use their hall for some assemblies and prize-givings, but now we’re looking forward to getting back into our indoor sports, discos, and community events and meetings.”

She says the children are enjoying being in their new innovative learning areas, which are nice and light and bright and breezy; while the new administration building is great for staff, who can ﬁnally stretch their legs in their own staff room after being “squished into the old library for the past five years along with admin, the sick bay, accounts ofﬁce, and the principal’s ofﬁce”.

Annie says and has already suggested to the Ministry how helpful it would be to have clear guidelines set down for those involved in the design around the positioning of buildings, and even a set of pre-drawn basic plans that could be tweaked.

“We started from a blank slate, and Stephenson & Turner did the best they could in the circumstances, but having to do three sets of plans means two sets of charges that could have been avoided,” she says.

“We were very lucky because our Board of Trustees chairperson is in the building industry and he came to as many meetings as he could.

“I was also extremely grateful that my property manager was previously in the engineering trade, so he was able to point out things that needed to be changed.”

Through frustrating times, the parents, teachers, and students have been amazing, just getting on with it and showing a huge amount of resilience. 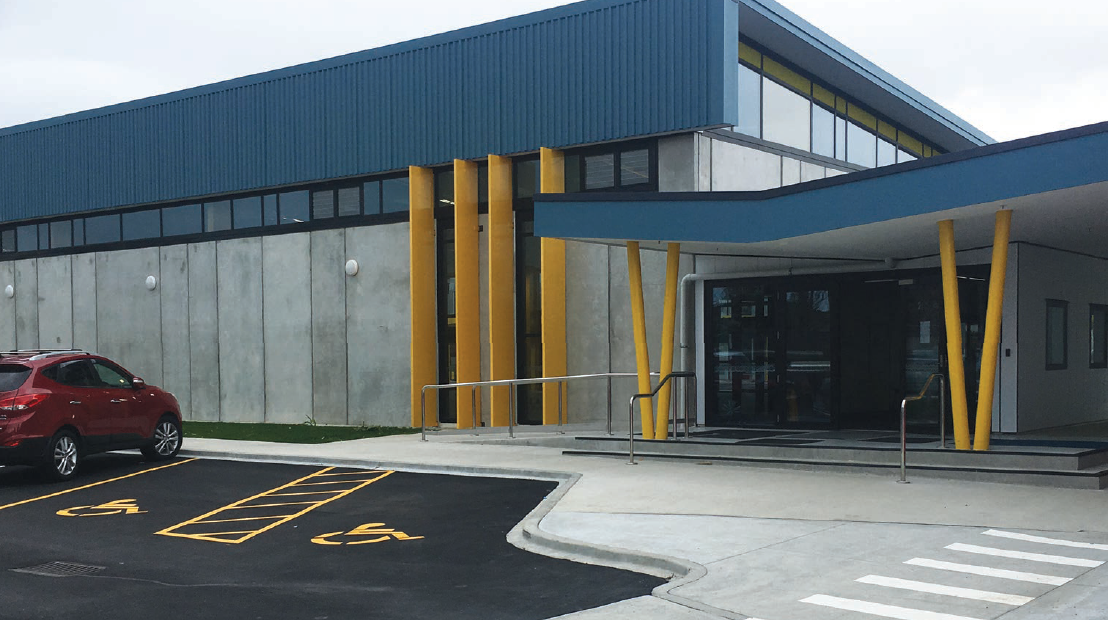 Sherwood Primary School is keeping two of the 12 relocatable buildings which have been on site since the former school was demolished at the end 2013. “Our area is growing,” Annie says.

“Lots of people want to live on the North Shore, and there are now families doubling up or renting out rooms, so we’re not getting the average amount of children in one household.”

A new subdivision with more than 30 new homes is going in right next door to the school, and while the Ministry has predicted this will increase Sherwood Primary School’s roll by six children, Annie believes this is an underestimation.

Work is now underway on the new senior and junior playgrounds, and the Sherwood Parents Association is fundraising for the installation of shade sails.