Heath Milne: “There are plenty of opportunities for people coming to live here for business investment as well as jobs.”

Few regions in New Zealand offer such diversity in natural charm and dramatic beauty as the South Island’s West Coast.
Long and narrow, the Coast stretches 600 kilometres from the sub-climate and Nikau Palms of Karamea at its most northern tip to the UNESCO World Heritage area of Haast at the southern end.
Mountains, glaciers, lakes, rivers, rain forests and the wild West Coast ocean thundering onto the driftwood clad beaches make the Coast a paradise with every outdoor recreational activity known to man there for the taking.
With 85% of the region in conservation land the West Coast is truly an untamed natural wilderness.
In addition to its untouched natural environment, the region and its towns are steeped in a rich pioneering history full of colourful characters.
Heath Milne, newly appointed CEO of Development West Coast (DWC) says that many local entrepreneurs are embracing this sense of place in their brand stories to help them stand out in saturated markets.
“Just look at what Reefton Distilling Co. are doing. With their ‘Little Biddy Gin’ you’re not just buying an award-winning gin. You’re buying gin made from pristine West Coast rainwater and native botanicals sourced from West Coast rainforests.”
Currently home to 32,600 Coasters, DWC would like to see that grow.
“There are plenty of opportunities for people coming to live here for business investment as well as jobs. There’s very low unemployment on the coast – 3.3% as opposed to the national average of 4.6%.”
Established as a Charitable Trust in 2001, DWC is charged with managing, investing and distributing income from an initial fund injection of $92 million received from the Government.
The fund was an adjustment package for the loss of indigenous forestry and the privatisation of much infrastructure on the West Coast in the late 1990s.
Since it’s establishment, DWC has directly invested close to $160m into the West Coast economy, while maintaining the fund at $135m to ensure it can continue regional investment.
“We have two direct functions on the Coast,” Heath explains.
“One is about business development—supporting businesses through commercial finance and investment.
“We’re also helping to build business capability through our regional business partner network, arranging and facilitating workshop training and connecting businesses with mentors. The other main activity is around development of the region itself.”
An example of the latter is DWC’s use of a strategic review co-funded through the Government’s $140 million West Coast allocation from the Provisional Growth Fund (PGF), exploring how the Coast can take full advantage of the region’s many cycle trails.
With tracks like Old Ghost Road, West Coast Wilderness Trail, the newly opened Paparoa and Pike29 Memorial Tracks along with any number of sidetracks on the way, the Coast is positively brimming with exciting adventures.
“The review looks at how we can showcase the trails better, provide support through infrastructure and promote them so that everybody can enjoy them.”
Heath has just returned to the Coast following an absence of 13 years working in the hustle and bustle of London. When given the opportunity to return to the relaxed West Coast, Heath jumped at it.
“For me it was the opportunity to get out of the rat race, concrete jungle, traffic jams and congestion.
“To live in this natural untamed wilderness was the easiest decision I’ve ever made.”
Looking at the benefits of living on the Coast Heath says through PGF’s investment there is now high-speed internet connectivity across the region enabling people to live where they want and do business with the world.
Given the West Coast’s unmatched quality of life, the region will become increasingly more desirable for people looking to work remotely.
“The median house prices hover around $200,000—significantly lower than the main centres.
“It’s just great to wake up in the morning and walk out your door into the untamed wilderness.”
While dairy remains the largest GDP earner on the Coast, with over a million visitors a year the Coast is one of the fastest growing tourism destinations in New Zealand, providing significant opportunity for business growth.
The recent establishment of the Greymouth-based New Zealand Institute of Minerals to Materials Research (NZIMMR) is an exciting development for not only the West Coast, but all of New Zealand.
The $11m research institute is repositioning the extractive sector to convert minerals into higher value-added products.
For a mineral rich area like the Coast this will open up significant opportunities.
When, asked about the Coast’s reputation for rain, Health said you couldn’t expect to live in a rain forest without rain.
“A good friend once said ‘ On a fine day the West Coast is the best place in the world, on a wet days its second best.”
And all said and done it is the rainforests and nature that give the coast its magical charm. 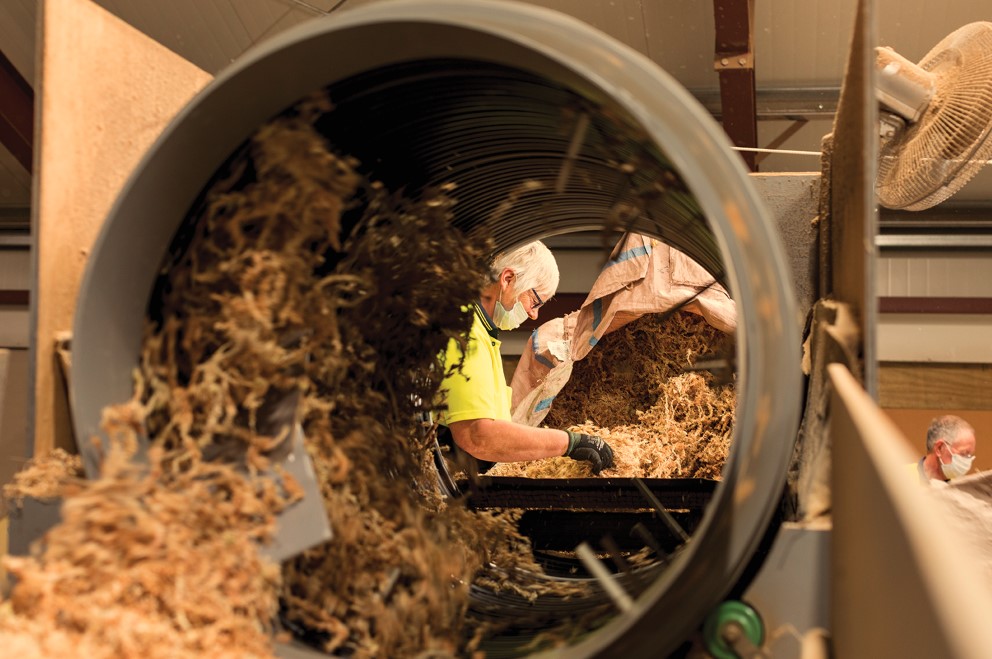 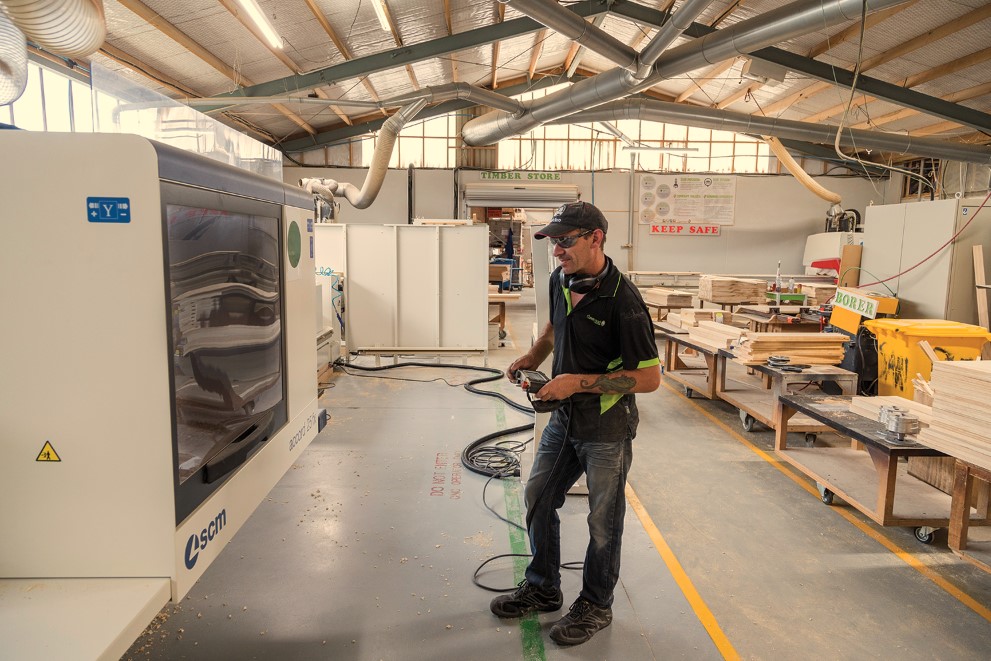 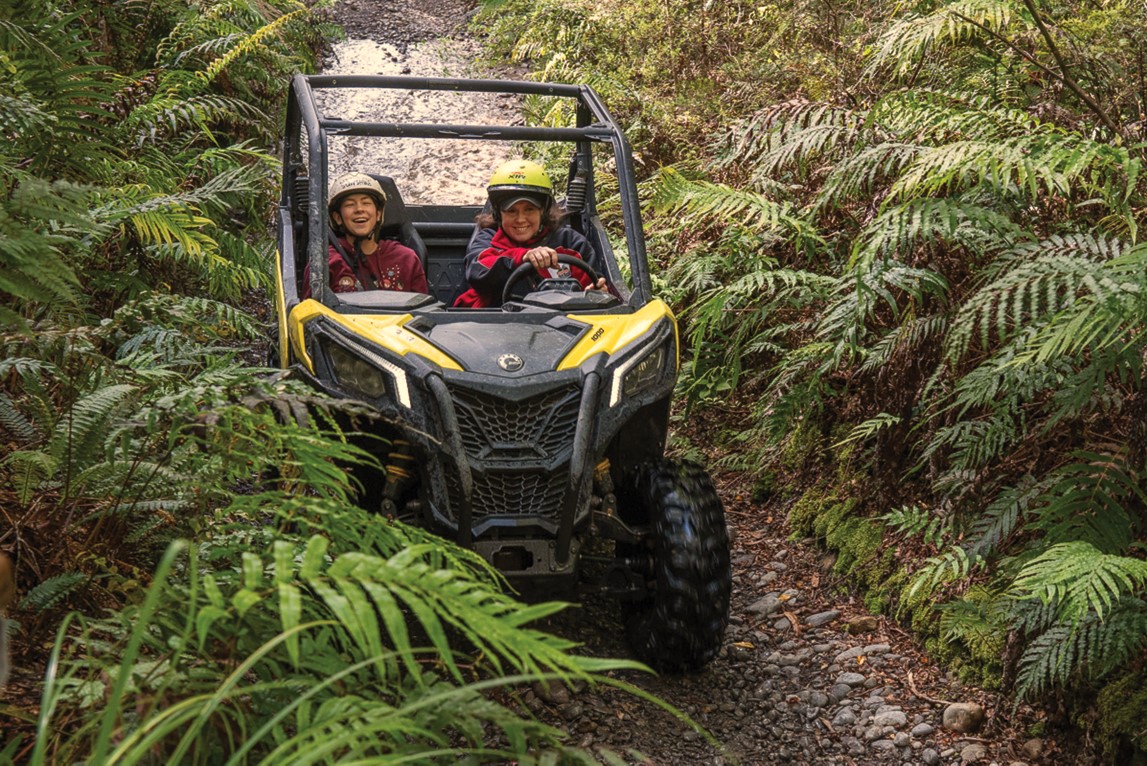 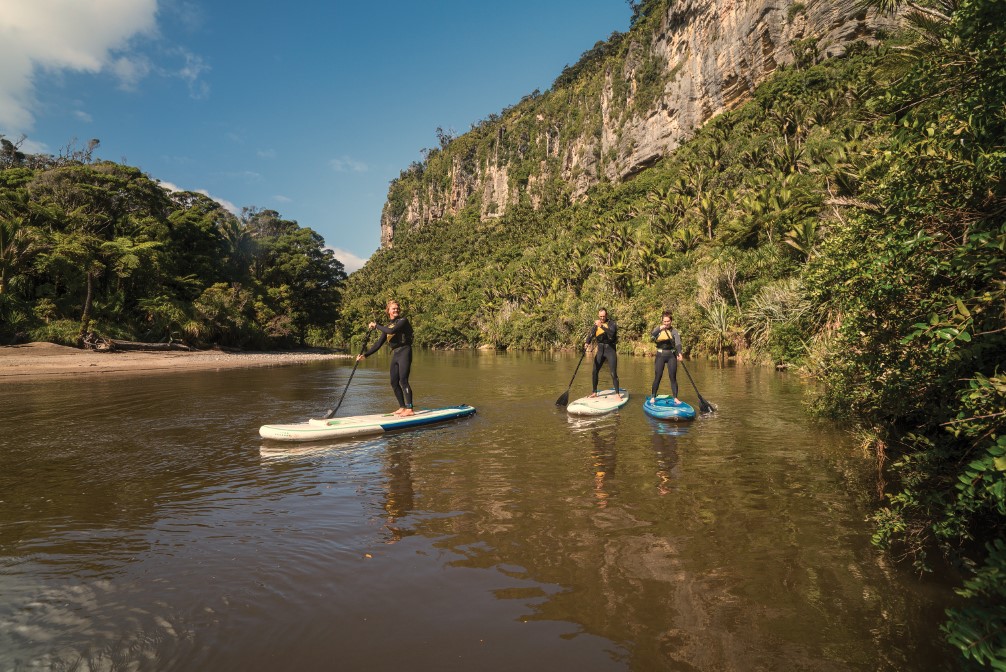