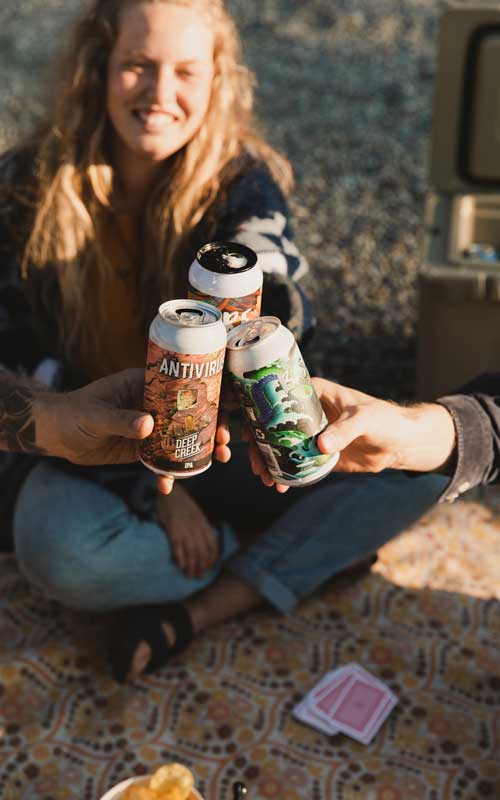 “Despite the challenges relating to Covid-19 and the lock-downs associated with it, our exports continued to grow in 2020/21, with the majority of our existing markets continuing to take orders, as well as new markets coming on board, such as Japan, Singapore and most recently Hong Kong.

“China is our biggest export market and has grown 427% from the 2019 calendar year to 2020 and is projected to grow a further 180% in 2021. As of November 2021 export sales makeup 35% of our total sales revenue,” says company international sales manager Sarah Nicholas.

She says the company’s international success has come from identifying unique opportunities in each country, developing strong relationships with export partners and delivering consistent quality of product. Innovating, developing and modifying products for certain markets, particularly for China, saw the company produce batches of its Hazy IPA beers solely for that market as well as introduce new products such as its Fruited Sour range. Sarah says this has enabled Deep Creek to increase the specialisation of this product and it continues to work on new product development for that market, with the idea that it then drives new product sales in other markets including here in New Zealand.

Deep Creek began in 2011 as a brewpub in Browns Bay on Auckland’s North Shore. Within 24 months of opening, two other brewpubs were established, and the operations side of the brewery moved to Silverdale, where all beer is still brewed today.

The brewpub arm of the business was sold in December 2019 to focus entirely on brewery production, with a contract to continue to supply the Browns Bay bar and retain the Deep Creek branding.

Other awards include a tender win in Norway for one of its Hazy IPA products in 2020, which was significant as it resulted in large volume sales being made, opening the opportunity to enter this complex market.

Closer to home in New Zealand in April 2021, two of the Deep Creek beers won an award in the Top 30 New World Beer & Cider Awards.

Deep Creek Brewing Company is a finalist at the 2021 Westpac Auckland Business Awards in the Excellence in International Trade and People’s Choice awards.

To meet demand Deep Creek Brewing Company installed further fermentation capacity during 2020 and is currently expanding its production capabilities with a newly designed brewhouse arriving in the country soon.