““There’s about 400 – 500mm of organic matter over the drained area and we cultivate that once or twice a day when the cows are in to get it to a stage where it starts to compost. You get the carbon/nitrogen ratios to do the composting with the manure and urine starting the process and then adding sawdust as required.””

When Justin Pigou, business manager for Pamu’s Waitepeka complex in South Otago, considered options to house his cows over the wet winter months, the idea of a Compost Barn was floated.
The initial idea was to reduce herd numbers, build a free-stall barn to house the herd and become self-contained within the complex.
Then sage words from agricultural luminary Keith Woodward put the Pamu team on the scent of the compost option and a number of existing barns were visited in both North and South Islands.
With an extensive farming background spanning 30 years – the majority of which has been in Central Africa and the Sudan – Justin had previous experience with sand barns and was eager to trial the compost option.
Located 17 kilometres south of Balclutha and straddling the Owaka Highway, Waitepeka Complex is comprised of Dunns and Landsdown dairy units on the eastern side of the highway and a support block on the western side.
Home to 1350 cows, while well drained both farms are very winter wet and cannot be grazed, with all stock wintered off farm as far afield as Central Otago.
Herd homes had previously been built on Dunns and the new home was destined for Landsdown.
“We decided to do a pilot project and built a compost barn for 150 cows, which will become the calving barn if we build another one or decide to go free stall.
“ We hoped the barn would be completed last winter but in the end it was completed in time for spring. So we haven’t been able to assess it for a whole year yet.
“It’s not the design of barn we will eventually go for but it provides a good pilot.”
Constructed close to the milking shed and next to an existing concrete feedpad to utilise the feedbins, the 1400sqm barn was designed to provide 9sqm/cow, exclusive of feed area, but Justin says early assessment is that 7sqm/cow may be sufficient.
Construction included digging and lining a pit and laying drainage with a layering of rock covered with woodchips and sawdust.
“There’s about 400 – 500mm of organic matter over the drained area and we cultivate that once or twice a day when the cows are in to get it to a stage where it starts to compost. You get the carbon/nitrogen ratios to do the composting with the manure and urine starting the process and then adding sawdust as required.”
With automatic cow scratchers and brushes installed, water outside in the feedpad area and the cows free to wander in and out as they please, the compost barn has proven to be a very comfortable farm environment for both cow and man over the wet miserable months.
“Eventually we will build a larger 400 cow barn and the smaller one will become the calving barn, giving us a total capacity of 550 cows. We’re currently sitting at 380kgMS/cow.
“With the barn we can get better utilisation and increase condition score with having the cows in barns and use the support block to produce silage for that, while maintaining total production with less cows.” 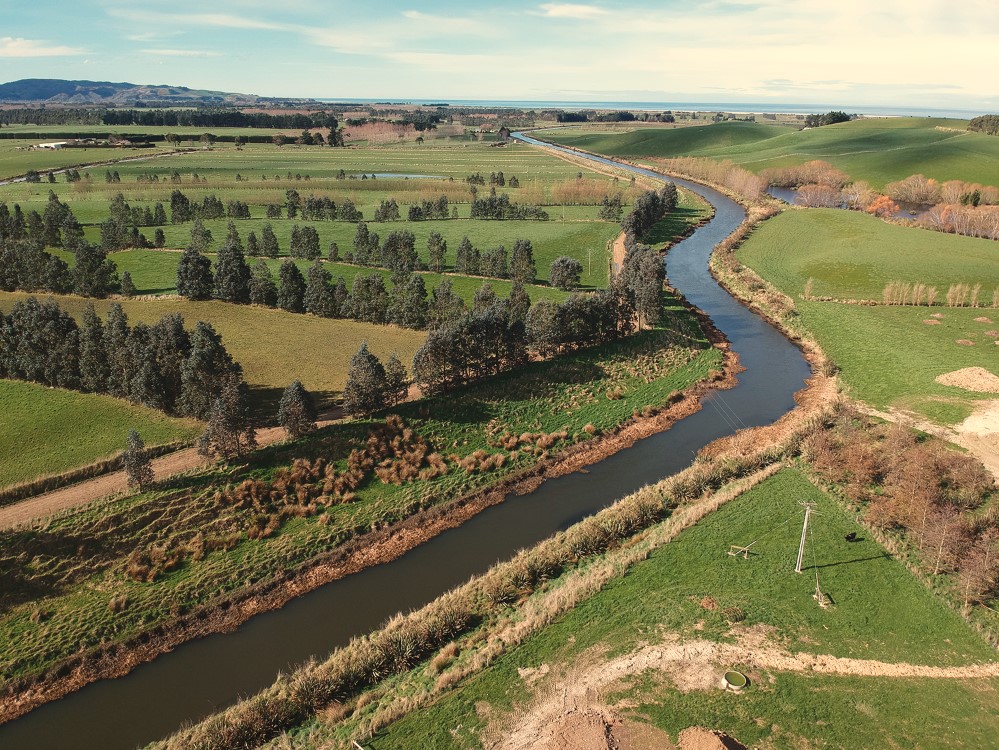 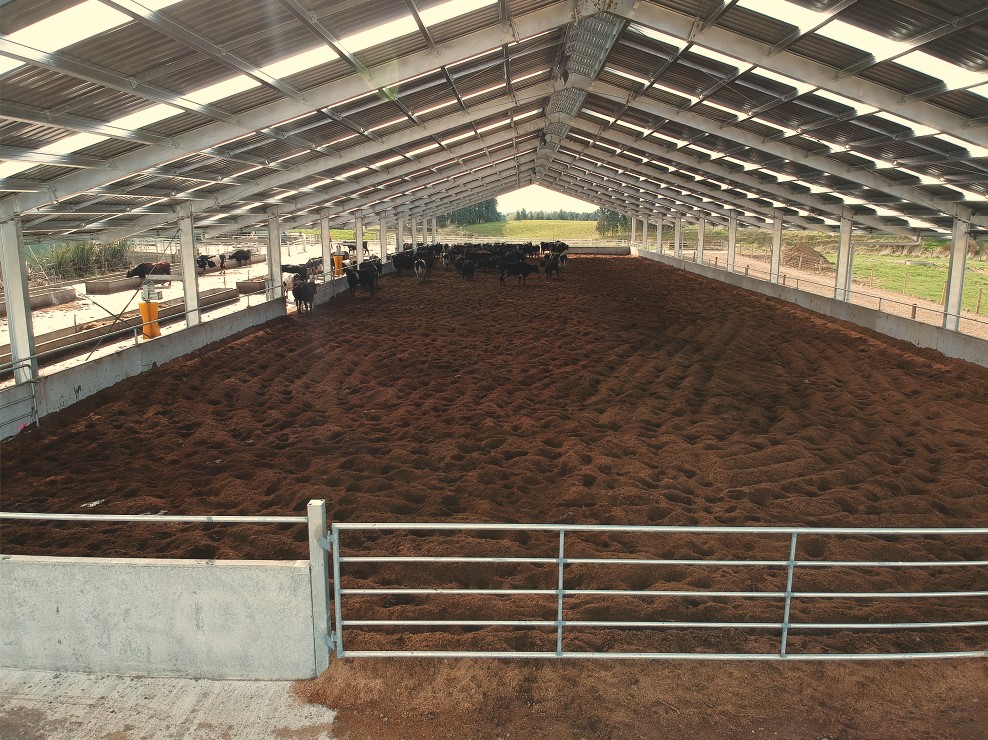 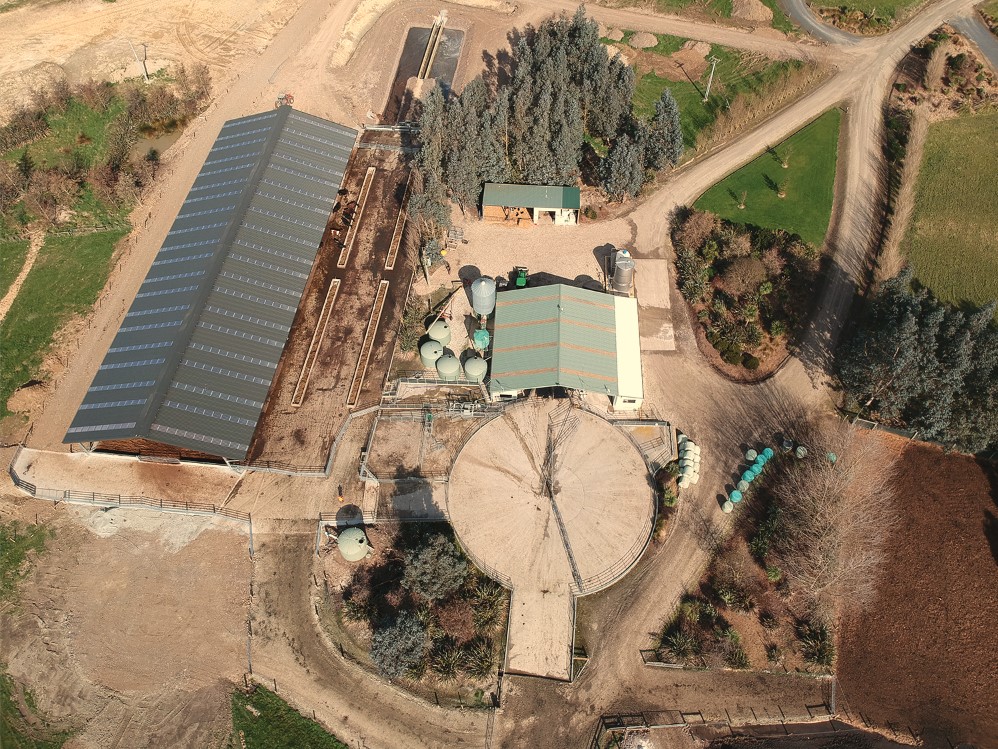