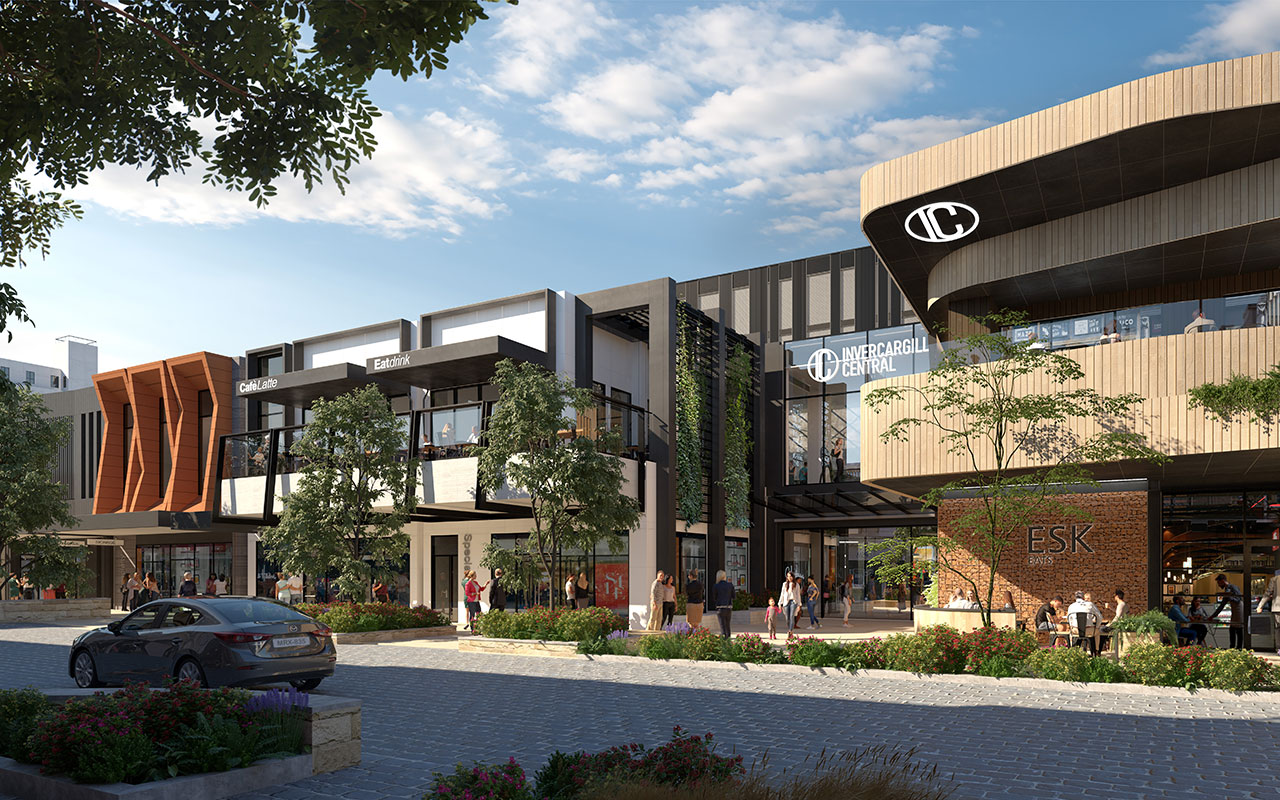 Stage one of the ambitious $165 million redevelopment of Invercargill’s retail heart, covering almost an entire central city block, is close to achieving its mid-point milestone.
The project is being undertaken under the umbrella of Invercargill Central Limited which involves a joint venture between Invercargill City Holdings Limited (a council-owned investment enterprise) O’Donnell Family Investments, the Provincial Development Fund and Geoff Thompson
O’Donnell Family Investments directors Scott and Jocelyn O’Donnell, also directors of transport giant H W Richardson, originally spearheaded the vision for the redevelopment which covers the block of buildings between Esk Street and Tay Street, bordered on the east and west by Kelvin and Dee Streets.
Just three buildings in this block, the Kelvin Hotel and Reading Cinemas have been untouched, while three historical building facades in Esk Street have been retained.
Invercargill Central is being undertaken is being completed and opened in three separate stages.
Stage one comprises the construction of anchor tenant Farmers’ two-level store, some accompanying ground floor retail space and an adjacent upper level car park which opens in May 2022.
Stage two involves retail space, food and beverage outlets and further car parking with completion of the final stage of the entire project planned for late 2022.
The project constructed area covers 60,000 square metres, of which 35,000 square metres comprises car parking.
The car park structure, which will be adjacent to Farmers, will form the roof for about half the retail areas with the total number of retailers expected to number about 59.
There are also further plans to develop a medical centre in the block.
In a design and plan statement presented to Invercargill City Council by development architects Buchan Group, Scott O’Donnell described it as a once-in-a-lifetime opportunity to give Invercargill a bright and bustling city centre.
In recent decades Invercargill’s central retail precinct has been affected by big box retailers establishing their businesses in the outer edge of the central city, effectively creating a secondary retail hub,.
The development of Invercargill Central aims to bring vibrancy and new life back into the heart of the city.
Invercargill Central project director Geoff Cotton says the demolition and redevelopment of an entire block on an established site is unprecedented.
The redevelopment will be complemented by the construction of a nine -storey tower on the north- west corner of the block for H W Richardson.
The HW Richardson building will feature commercial space and an apartment, plus retail tenancies on the ground floor and a link to the main centre.
Further adding to Invercargill Central is Invercargill Licensing Trust’s $40 million Langlands Hotel currently being built in the adjacent block north of Esk Street.
Geoff is pleased the main contract for Invercargill Central was awarded to a local company, Amalgamated Builders.
“At the outset of the project, the aim was to try and get as much of the money spent in Invercargill and in Invercargill businesses.”
Amalgamated Builders Limited (ABL) director/Southland Project Director Bruce Middleton says winning the Invercargill Central tender was exciting for the company’s directors and staff.
“We are very happy for the region because we employ a lot of local people. It’s the single biggest project in Invercargill in a long time.”
Site work started with demolition and site clearance in January last year, undertaken by Christchurch-based company Ceres NZ, with the piling subsequently completed by Smith Crane and Construction; this stage took seven months to complete.
The block was subject to archaeological assessment as the demolition and clearance progressed.
ABL currently has about 65 staff working on site; this number will ramp up as construction progresses and with subcontractors added there is currently about 80 working on the project.
Bruce expects that at its peak the construction phase will involve more than 180 workers. on site.
He says that the scale of the development and the Covid-19 pandemic meant procurement of materials was always going to be a challenge.
“In some cases it’s not that you can’t get the product, it’s the time frame to get the product. That’s not just us, it’s everybody in the country.
“It has presented its challenges, and it needs good planning and a good lead time, however we have the ability to store a lot of materials.”
“From our perspective it’s an exciting project, it’s not very often you get to rebuild a whole block . We feel privileged to be involved.”
The completion of demolition followed by the block becoming a hive of construction activity has become a catalyst for other projects to be planned or initiated, he says.
“In the big picture I think it’s anchored a whole lot of different areas, which is really good for the city.”
© Waterford Press Ltd 2021 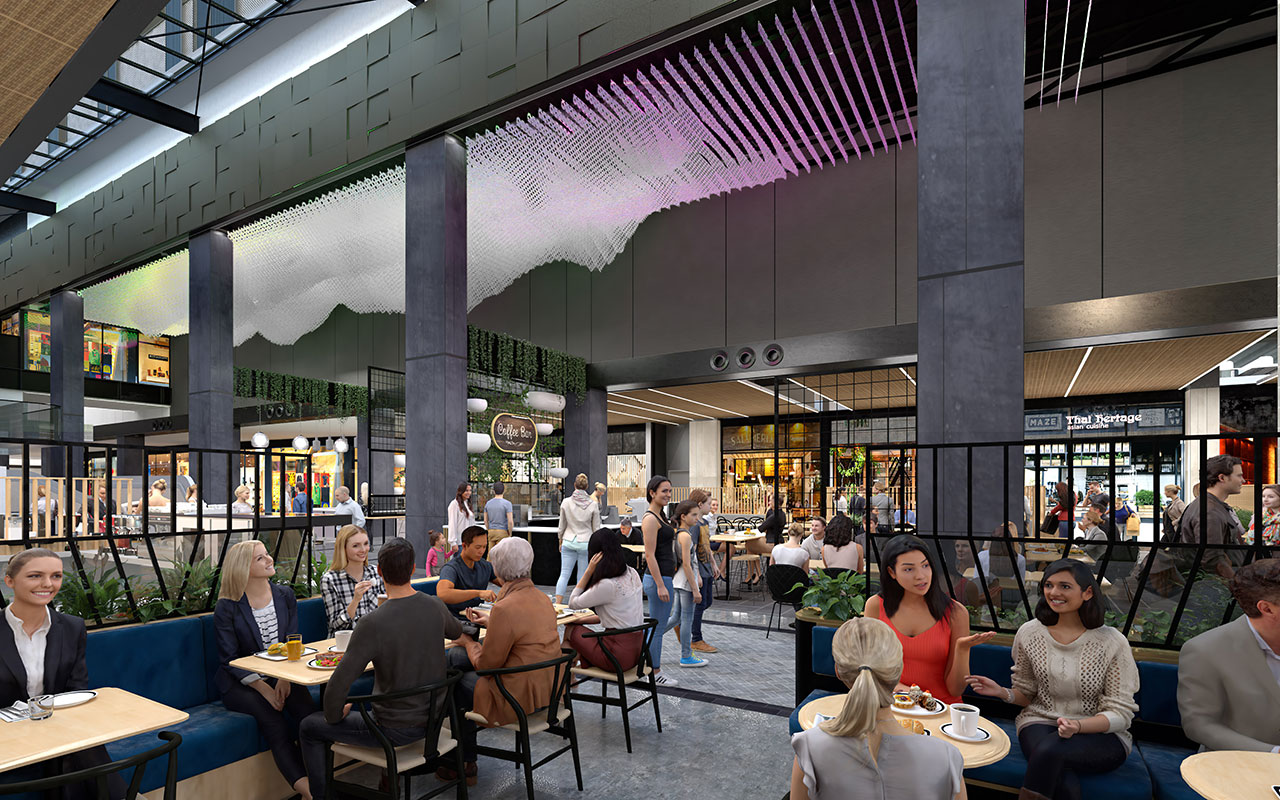 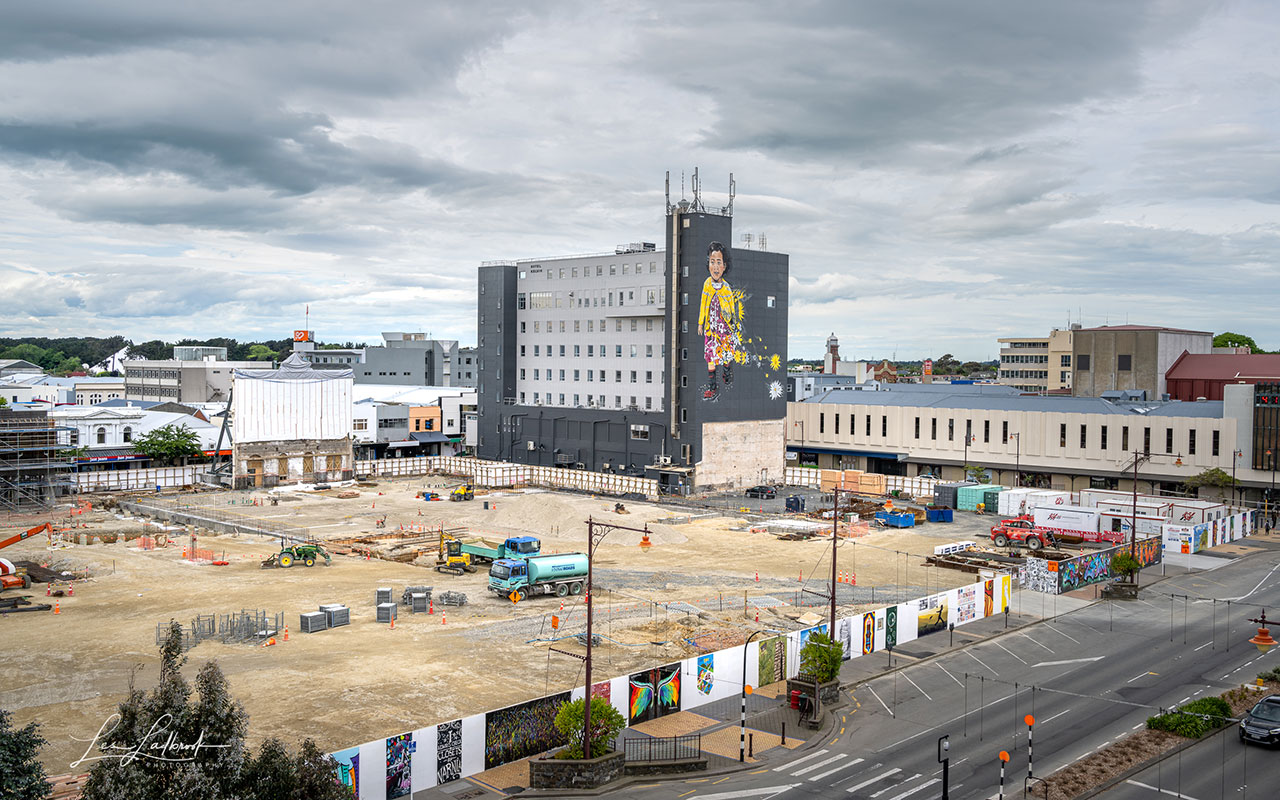 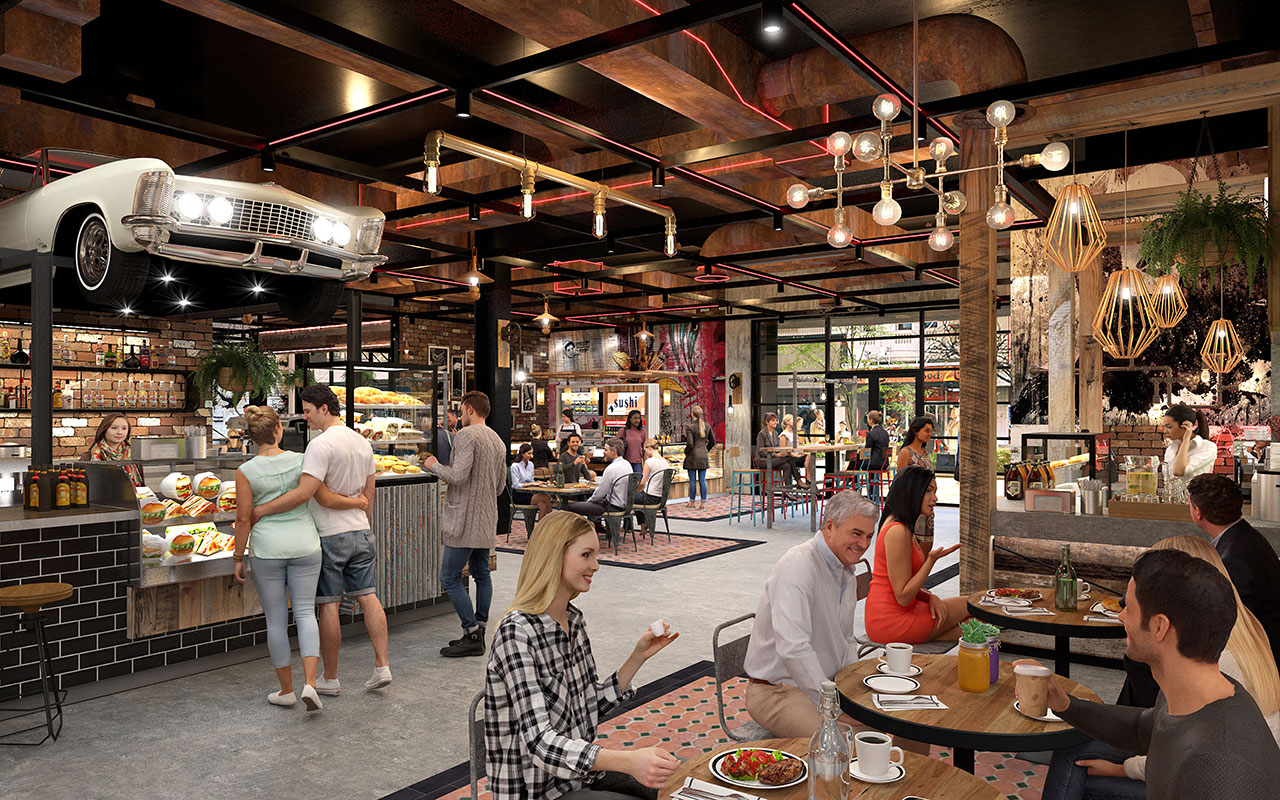