Upsides for WestSide around oil and gas

Despite recent governmental shifts around oil and gas WestSide New Zealand Limited still sees a positive future for the industry in this country. The company entered the New Zealand market in 2016 and owns and operates the Rimu, Kauri and Manutahi (RKM) ﬁelds located south of Hawera, Taranaki.

The ﬁelds comprise wells producing light oil, gas/condensate from Rimu and Kauri and heavy oil from the Manutahi ﬁeld, in addition to oil and gas processing facilities and power generation.

WestSide Chief Operating Ofﬁcer, Simon Mewing, says the aim is to continue to grow the business in New Zealand.

April 1, 2018. “We certainly see New Zealand as a proven hydrocarbon province and a good place to operate. We see Kaheru as a logical extension of the RKM facilities,” he says.

The RKM asset includes production capability for gas sales to the national grid, propane and butane liqueﬁed petroleum gas (LPG) trucked into the local market, oil and condensate for export via the Omata tank farm to South East Asia as well as gas generated electricity for sale to the national electricity grid.

The production facility has a nameplate capacity of 8,000 boe/d and 10 mmscf/d and expandable to 20MMcfd. The asset includes a number of well sites including around 13 well pads, nine of which are active, with 39 wells.

The wells are drilled from onshore but extend into undersea areas to access the reservoirs. The ﬁelds have produced 1.58 million bbls of crude and 10.9BCF of gas to date.

WestSide is pursuing the development upside across the ﬁelds including the redevelopment of the Kauri gas and Rimu light oil ﬁelds, further development of Manutahi oil ﬁeld and associated exploration targets across all the RKM areas. 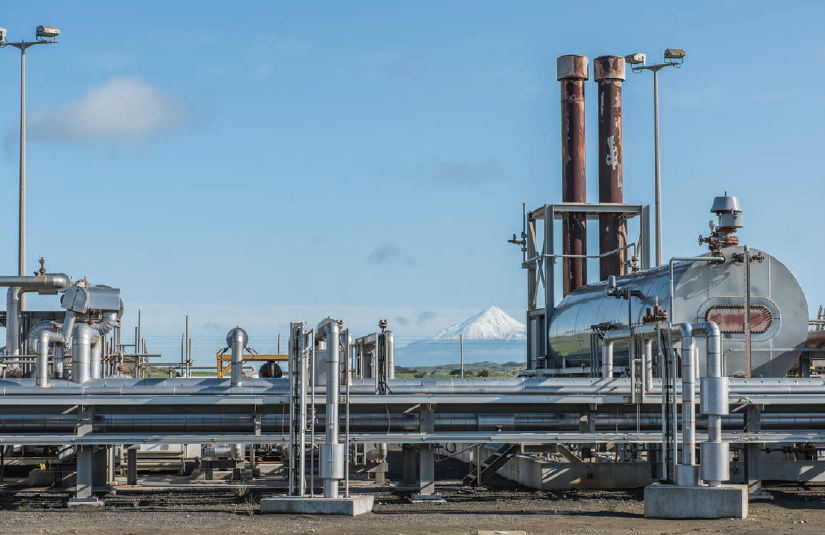 WestSide NZ produces light oil, gas/condensate from its Rimu and Kauri fields and heavy oil from the Manutahi field, in addition to oil and gas processing facilities and power generation.

Simon says that this year WestSide plans to drill three wells: a peripheral water injector at the edge of the ﬁeld targeted at oil production; an exploratory well targeting oil as an extension of the existing Manutahi ﬁeld and a side track well into the existing ﬁeld.

While every well has an element of risk associated with it Simon says that the company has identiﬁed good opportunities for success with these three wells.

The company, which is a member of the Petroleum Exploration and Production Association ofNew Zealand, is also in the preliminary planning stages regarding Kaheru and has a commitment to the New Zealand government to carry out seismic re-processing and well planning works within the next two years.

“We see the New Zealand market as being at a very interesting stage. The New Zealand government is about to release further statements on the gas forecasts position in New Zealand so we will wait for this to come out before planning our next steps in this market,” says Simon.

“While New Zealand is a good place to do business, at the moment there are also uncertainties,” he says.

He says the company’s approach in New Zealand with regards to how it operates in terms of health and safety and the environment will build on the sound reputation it has established over 10 years of business in Australia.

“Our aim is to be seen as good operators with a good reputation in the market. We seek to develop close relationships with landowners and contractors and create synergies where possible.”

Growth is a focus internationally and Simon says WestSide is constantly on the lookout for new opportunities. “We see the on-going demand for oil and gas as being strong in the Asia region.”