Westside optimistic on growth in NZ

Westside New Zealand has hired a range of local contractors to operate and maintain its facilities in Taranaki.

Westside New Zealand is a subsidiary of Australia’s Westside Corporation, an oil and gas producer that has been operating in Queensland, Australia since 2005.

Alongside production capability for gas sales and gas-generated electricity to the New Zealand national grid, the Rimu, Kauri and Manutahi fields produce propane and butane liquefied petroleum gas (LPG) for the local market, and oil and condensate for export via Omata to South-East Asia.

The production facility has a capacity of 8000 barrels of oil equivalent per day and 10 million standard cubic feet per day of LPG expandable to 20 million.

“Westside also holds an offshore Kaheru permit, which we see as a logical extension of our existing assets in New Zealand and intend to develop in the near future,” says Simon Mewing – Westside Corporation’s Chief Operating Officer. “As Westside rounds off its third year of operations in New Zealand, our team is predicting strong growth in New Zealand.”

Westside New Zealand has a number of employees and contractors working in the Taranaki region, and has hired a range of local contractors to operate and maintain its facilities.

“We utilise local expertise from Kiwi contractors wherever possible, and take seriously our responsibility to provide good prospects for local community members seeking work in the oil and gas industry,” says Simon. 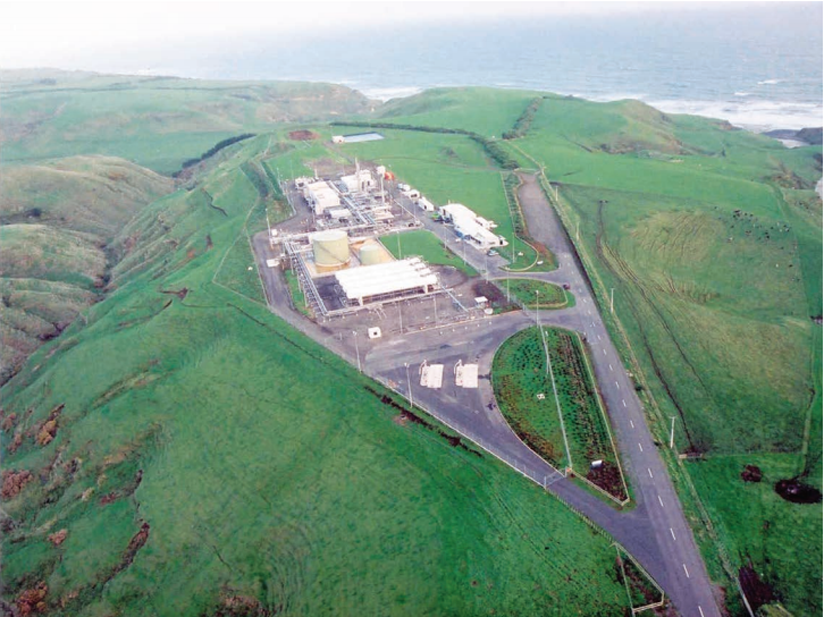 The Rimu Production Facility in Taranaki has a daily capacity of 8000 barrels of oil equivalent and 10 million standard cubic feet
of LPG.

Strong community ties and sustainable business are core to the New Zealand business community, and Westside’s New Zealand team prioritises respectful and productive interaction within the communities in which it operates, engaging regularly with the Taranaki Iwi and neighbouring farming communities.

At an industry level, Westside is aiming to work closely with other oil and gas sector leaders in New Zealand, having become a member of the Petroleum Exploration and Production Association of New Zealand.

From an environmental perspective Westside New Zealand seeks to ensure it has minimal impact on the natural environment surrounding the Rimu, Kauri and Manutahi sites.

Taranaki Regional Council has acknowledged the commitment and positive contribution Westside has demonstrated to protecting and maintaining the state of the region’s environment.

“As a matter of course, Westside completes detailed studies and audits on every site we operate, ensuring we meet or exceed all recommendations to protect the surrounding environment. We also work collaboratively and transparently with local environmental authorities to maintain rigorous monitoring systems to quickly identify and fix any environmental issues that emerge as a result of our work.”

Likewise, Westside New Zealand maintains best-practice health and safety practices for all staff and has established a sound reputation over 10 years operating a variety of sites in Queensland’s Bowen Basin in Australia, carrying over that longstanding focus on health and safety to its New Zealand field operations.

“Looking to the future, Westside sees strong growth potential in New Zealand, given the richness of New Zealand’s natural resources, its potential as a proven hydrocarbon province, and ongoing demand for oil and gas across the Asia-Pacific region.”