The Invercargill Licensing Trust is developing the $40 million Langlands Hotel in central Invercargill.

The Invercargill Licensing Trust has an impressive programme of capital works on its books, the pinnacle being the construction of The Langlands Hotel.

Trust chairman Alan Dennis announced on October 7 the construction of the $40 million hotel was set to start immediately with the awarding of the tender to Christchurch firm Leighs Construction“This is an incredibly exciting moment for the development and we’re looking forward to now seeing a flurry of activity occurring on site as the construction phase gets underway,” Alan said.

“Leighs stood out throughout the process in terms of delivering a quality, cost-effective construction solution which sees The Langlands Hotel on track to be open in October 2021,” he says.

“The last few weeks have been very intensive for all involved in the project as we’ve worked on extremely specific details around the construction elements of the programme and Leighs commitment has been impressive.

“We are also excited by the fact Leighs has nominated 12 local subcontractors that will bring an Invercargill flavour and ensure an opportunity for those businesses to be involved in one of the city’s most extensive projects.”

Leighs Construction managing director Anthony Leighs said the company was pleased to be entrusted with building Invercargill’s premier hotel.“For Leighs, the project is an exciting opportunity to be part of Southland’s economic growth.

Leighs will be engaging a large number of local subcontractors and workers on the project,” he said. The development will inject significant funds into the local economy and even boost Invercargill’s population.

“Leighs has signalled key staff will be moving to the city for the duration of the project. They are ready to mobilise immediately and kick-start con-struction which is fantastic from our perspective,” Ramsay said.

Established in 1995, Leighs Construction has earned a reputation as a specialist in producing innovative solutions and boasts an extensive portfolio of complex projects across an array of sectors, including health, education, commercial, retail, primary industry, community and government.

Alan Dennis says The Langlands Hotel development was set to transform Invercargill’s central business district.“Our focus is on creating a modern space with contemporary elements and a ground-floor presence which generates wow factor.”

“As we embark on this ambitious project, it will undoubtedly spark a long-overdue rejuvenation for the inner city and we’re excited to see the positive impact it will have as Invercargill continues to grow as a destination.”

Features include eateries and bars at ground level connected by a covered lane-way, meeting and private dining spaces on the first floor, 4.5-star quality accommodation and a trendy rooftop function space with terracing for indoor/outdoor appeal.

Alongside the hotel construction, the trust is embarking on an ambitious programme of capital works over several of its establishments.Its 2019/2021 capital and project maintenance budget has been approved at the “substantial” level of $7.5 million.

“This year’s plan again has a focus towards our accommodation properties as we seek to maintain current market positions in the lead up to the new hotel build.”

The ILT and the ILT Foundation provide donations and sponsorships of around $8 million annually to over 500 organisations. 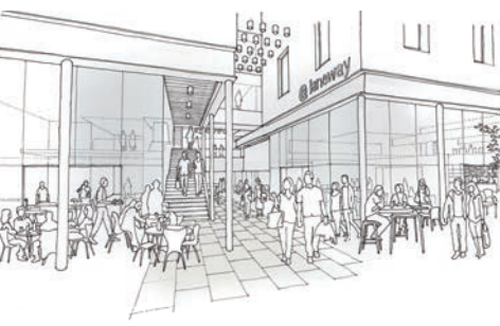 Flagship community projects to date include Invercargill’s ILT Stadium Southland and the Velodrome which are examples of the special community initiatives the trust has been able to instigate and support to the benefit of the community.

“These projects have demonstrated that local agencies, councils and businesses can work together to create something special for their community.”