Completion of the enclosed shopping centre sets Tauranga Crossing up to become the largest retail destination in the BOP.

The upper level, known as The Observatory, will introduce a selection of ﬁrsts to the Bay of Plenty including restaurateur Fleur Caulton and Kiwi chef Josh Emett, who will open their ﬁrst Hawker & Roll Malaysian-inspired restaurant in the area.

The Observatory will also include the ﬁrst Bird on a Wire outside of Auckland, the ﬁrst Ramen IP PIN in the Bay of Plenty and the ﬁrst Cantina de Mad Mex in New Zealand. Downstairs, the garden eateries will provide a more casual dining experience in an internal and external garden setting, featuring a variety of delicious cuisine from around the world including Indian, Mexican, Thai and Japanese.

The lower level will open out onto a sun drenched garden, which Steve says will be unique and reﬂect the local community’s love of the outdoors. This has also been reﬂected in the interior design of the complex, which brings natural light into the shopping precincts.

Steve says that The Observatory will stay open later in the evenings to complement Event Cinemas’ complex with six theatres.

“It will be the ﬁrst purpose built Vmax cinema in the Bay of Plenty offering a fully immersive experience, including the ability to live stream sports events and music concerts from around the world,” he says.

At over 24 metres wide the Vmax screen will be one of the largest in New Zealand, he says. The mall also has a big focus on fashion including local, national and international brands, some of which will be new to Tauranga such as H&M, which has chosen Tauranga Crossing for its ﬁrst provincial store in New Zealand.

Car parking has been centralised at Tauranga Crossing, which will provide more than 1800 car- parks including 250 covered car parks.

Tauranga Crossing is situated at the intersection of three major roads at the Western Gateway to Tauranga and has exposure to more than 18,000 passing vehicles each day. 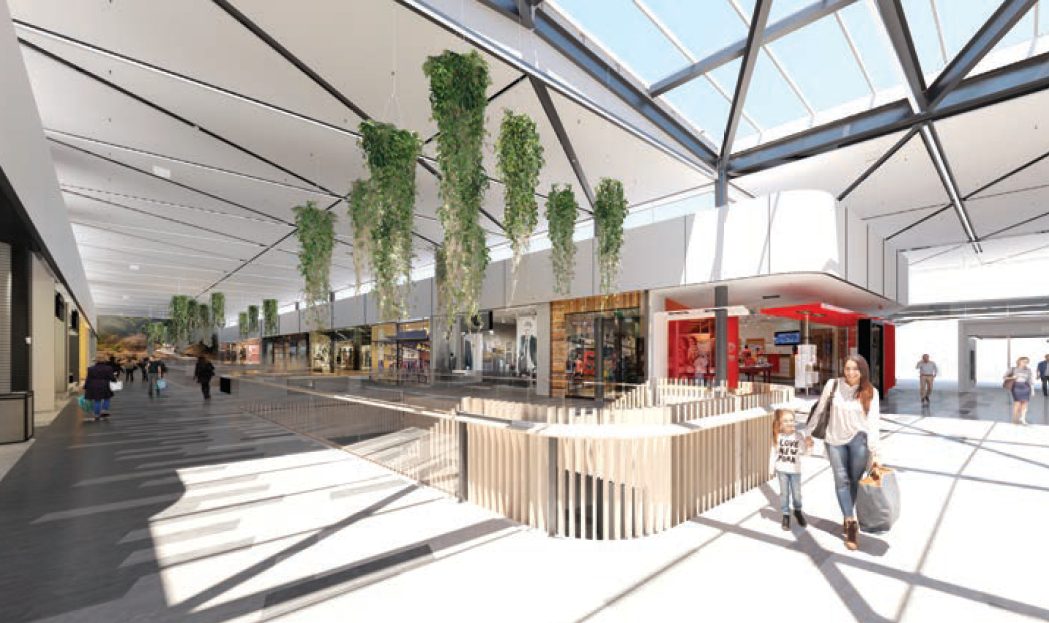 The entrance to the mall galleria at Tauranga Crossing.

When fully completed Tauranga Crossing will eventually offer 70,000 square metres of retail space spread over a 19ha site. “It will be a vibrant hub for the community,” says Steve.

“The completion of the enclosed shopping centre is a signiﬁcant milestone on our way to becoming the largest retail destination in the Bay of Plenty.”