The new coolstores will essentially see a doubling of the precooling and cooling capacity.

Seeka is in the process of building a new coolstore, laboratory, offices and amenities building in Northland due to be completed by February 2020. The project follows on from a 90,000sqm pack-house and grading machinery that was commis-sioned in early 2019.Seeka CEO Michael Franks says the new complex will enable Seeka to significantly increase its kiwifruit and avocado production capacity to meet growing demand.

“It’s probably the biggest investment in Northland for decades. Seeka has identified the region as a growth area for both avocados and kiwifruit and establishing a post-harvest hub in Northland has been a priority,” he says.It was in early 2018 that Seeka purchased T&G Global Limited’s post-harvest facilities in Kerikeri for the packing and storing of avocados, kiwifruit and citrus.

The deal also included approximately 80 hectares of orchards in and around Kerikeri.The new facilities replace the original T&G Global facilities and Seeka is also in the process of converting the orchards to higher producing varieties and selling these with supply agreements to Seeka in place.

Michael says that Seeka is anticipating increasing demand for kiwifruit as growing conditions have proven very favourable, particularly for gold varieties, and with Seeka providing a new competitive dynamic to the market focusing on quality, price and service.The coolstores will essentially see a doubling of the precooling and cooling capacity. Where previously 1.2 million trays of kiwifruit were packed each year there is now capacity for up to four million.

With new avocado developments in the area Seeka is also expecting demand for post-harvest facilities to increase.Seeka holds the exclusive rights in New Zealand to grow the GEM variety avocado. With 16,000-18,000 trees currently in the ground the fruit will come onto the market next season.“It’s a smaller tree and the fruit hangs on the inside of the tree better protecting it from weather.

The GEM will be slightly later maturing (after Christ-mas) so it will hit a different supply window.”He says that New Zealand avocados are unique due to our temperate climate“The fruit takes longer to mature which means it has a much higher oil content resulting in a distinctive rich, buttery taste,” he explains.

While investing in new machinery has been an important facet of the overall project in Northland Michael says this has not been at the expense of people and that Seeka recognises its role as a significant employer in the region.“We want to support the communities we are part of and contribute to the local economy through investment and employment. 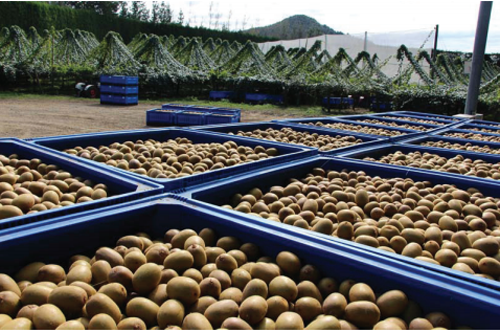 “We are ensuring our local people have the right infrastructure to deliver quality, price and service in our post harvest business. “We are investing to support our existing growers along with the tremendous support of new growers choosing Seeka as their post harvest service provider.”

Tags:
Previous Article
Busy packhouse all set to get busier
Next Article
Industry group chalks up half century