Risingholme returns in all its splendour

The reopening of Risingholme Community Centre in Opawa coincided with its 75th anniversary. It was gifted to the people of Christchurch by J.R. McKenzie in 1943 for the “health, amusement, and instruction of the public”.

The historic Risingholme homestead, known for the past 75 years as the not-for-profit Risingholme Community Centre, has risen again, literally from the ashes this time, after being badly damaged by a fire just weeks shy of starting its earthquake repairs in 2016.

The original homestead was built in 1864 by William and Mary Reeves. It was a grand mansion, set in a park, with a traditional English style garden with fruit trees and vegetables.

It stayed in the Reeves family until 1891 and was owed by various people until 1943, when it was purchased and given to the people of Christchurch by J.R. McKenzie. He said it was for the “health, amusement, and instruction of the public”.

“The first class was probably a sewing class, and it developed from there,” says Risingholme Community Centre executive committee member Lynda Burdekin.

“We quickly grew out of the homestead and in 1946, the committee raised funds to build some additional buildings on site. These were built largely with local input and volunteer labour.”

A hall to house the Risingholme orchestra, choir, and drama group was added in 1947, then craft rooms for woodworking and pottery were added in 1954.

Risingholme became renowned for its craft classes during the 1950s.Today Risingholme classes stretch far and wide from the homestead in Opawa.

When the adult education courses traditionally run by high schools became too complex for them to administer, Risingholme took over the administration and kept them going in their local communities.

“Which of course was very useful after the earth-quakes,” Lynda says. The first quake caused damage but the home-stead was still operational, but after the February quake, it was closed due to the amount of damage. 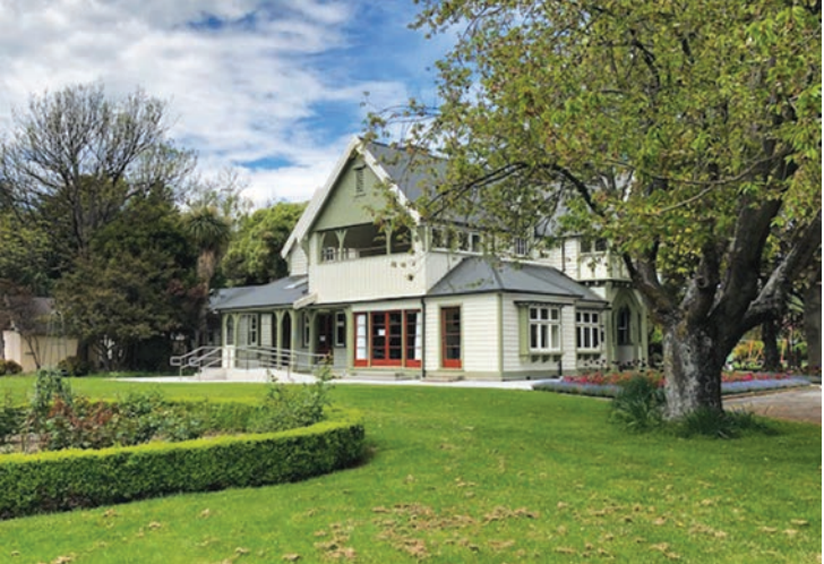 Risingholme Community Centre reopened to the public in June after a suspicious fire nearly gutted the building.

“So we were using our suburban sites, and some businesses also offered us their boardrooms to run things like our language classes.”

After a push from the community and from Heritage New Zealand, where Risingholme holds a category two listing, earthquake repairs were agreed upon with the Christchurch City Council.

A number of chimneys in the centre of the building were removed, the building was stabilised, furniture was removed from the homestead and put into storage, and doors and windows boarded up to avoid vandalism.

“Then somebody lit a fire on the first floor fire escape which burned through into the building. No one noticed it until it really took off and alerted alarm sensors, but there was a fast response from the fire service. The whole Risingholme committee was notified and arrived and watched as gallons of water were poured in overnight to put the fire out. The earthquake repairs were weeks away from starting and it was really devastating to watch the house burn.”

The fire was on the first floor and the spaces where the chimneys used to be forced the fire up, not down. Everything was burned from about door height on the ground floor upwards.

The ground floor floorboards, doors, the staircase, and a lot of timber was undamaged and has been reinstated in the recent rebuild. Even the stained glass windows, made by Risingholme students in the 1980s, have been reinstated.

Risingholme Community Centre reopened in June, and the reopening celebrations have coincided with its 75th anniversary. “The refurbished building is just amazing, and the Council have done an amazing job,” Lynda says.