There are increasing opportunities for a number of airlines such as Air Chathams to service regional routes in New Zealand.

Waiting in the wings; as Air New Zealand pulls back from regional routes many smaller ‘third tier’ airlines await poised and ready to take off, offering good passenger service.

Aviation New Zealand’s Chief Executive John Nicholson says there are increasing opportunities for a number of third tier airlines such as Barrier Air, Sounds Air, Air2there, Air Chathams and Fly My Sky to get on board.

“We’re already seeing some of these airlines extending routes to take advantage of Air New Zealand’s withdrawal from some regional centres. Sounds Air with services to Westport and Taupo is a good example.”

But, he says there is a challenge for the smaller third tier airlines that tend to operate older aircraft. Safe as they certainly are, regular services could be impacted by unscheduled maintenance requirements.

John believes there may be an opportunity for a number of the third tier operators to work much more constructively and collaboratively than they currently do, extending to ﬂeet acquisition, maintenance and aircraft sharing.

“When you go down that route there’s more integration which helps with common ticketing and coordinated ﬂight schedules.

While John can see the opportunities for third tier operators to capitalise on Air New Zealand’s withdrawal from regional routes, he says it will require strong leadership to bring it about in a sustainable way.

John says better career planning, training and providing the pilots of tomorrow is another reason for Aviation New Zealand to involve itself in the complex issue.

Currently the pathway to becoming an Air New Zealand pilot is to obtain a commercial pilots license (CPL) and either become an instructor until enough hours have built up to join the airline or ﬂ y for one of the regional airlines until the required ﬂying hours have been clocked up – historically around 1500hrs.

John says if Air New Zealand were able to more realistically estimate what its future requirements were then there would be the ability for the supply side to react accordingly.

He says where the people of tomorrow come from to facilitate industry growth is a major challenge facing the New Zealand aviation industry as a whole.

“It’s like many industries in New Zealand which have an aging work force, and engineering is a good example.

“We need to be attracting more and younger people into the depth and breadth of the aviation industry – people who will make a career of it,” John says.

“We need to be telling them what the options are and that is not being done particularly well at the moment.”

John says that the increasing rate of change impacting on aviation technology and practices, is another challenge facing the industry – New Zealand needs ﬁt for purpose regulations to match.

“The sort of knowledge that the regulator has been required to have has been fairly easy in a world that’s not changing quickly.

“But, as the speed of change increases we need an increasingly responsive regulator and much more collaboration with industry.”

The next major challenge is the integration of manned and unmanned ﬂight using drone aircraft.

Glimpsing into New Zealand’s aviation future, John makes the point that we have about 1000 people per aircraft in this country, which he believes to be the lowest ratios of people to aircraft in the world.

Currently aviation companies do everything by manned ﬂight but John says that in the future they won’t. 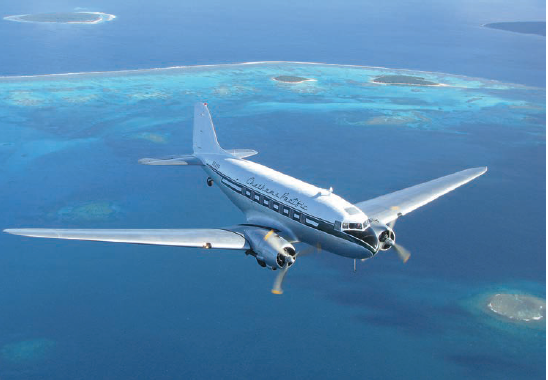 “At the moment we distinguish between manned and unmanned air operations. Overtime, the boundaries will blur; manned aviation companies will recognise they can incorporate some unmanned operations as part of their solution with a high level of safety.”

He says precision agriculture, emergency search and rescue, and monitoring and surveillance are just three examples of areas where there will be more drone operations in the near future.