Community at the fore of development

David Hill is the face of the massive new development at Papamoa Plaza. He’s been in the role of centre manager for six years and says this new and significant development will further reflect the needs of the community.

“We have undertaken a great deal of surveying to ascertain what this rapidly growing community wants to further integrate the centre into the community,” says David.Formerly called Palm Beach Plaza the centre was first built in 1998 with fifteen shops including anchor retailers Countdown and the Warehouse.

In 2013 Tinline Properties purchased the existing site and building and set about strategising it’s next development.“The build is going extremely well. Existing retailers have been very accommodating. Construction is no excuse to impact daily activity at the Plaza.”

A Best Start childcare centre and new office block will further diversify the activity within the precinct and David says this is very fitting given the feedback from the wider community.

Large format retailers, yet to be named, will also open next year.The childcare centre is almost complete and is due to open for enrolments in December, ready for the new year.“The community pointed the developers toward the future direction of activity on the site.

“They wanted a community meeting space. More and more people these days want to live, work and play in their local area and this development is reflecting that.”Community interest in the expansion at Papamoa Plaza is high with David encouraging locals to pop in and see how the build is progressing.

The office block extends over 1200sqm and is not yet fully tenanted.“We have been very careful about selection of tenants in the office block and there has been a lot of interest from businesses located in Tauranga’s CBD who want to have a presence here.”

This makes sense considering Papamoa is New Zealand’s fastest growing suburb. In the past six years the population has doubled to 36,000.“It is only 1km wide but 12km long as people want to live close to Papamoa’s amazing beaches.”

The plaza’s car-park is being extended by a further 250 spaces.“Under the terms of the current consent this project completes development on the site, however Tinline Properties potentially has more land which may be developed in time.”

Since the expansion began in 2013, growing the existing footprint from 9000sqm to 20,000qsm, 180 roles have been created at the plaza and with the addition of 15 stores the total number of retail outlets has grown to 55.The new office block will open for business in March next year. 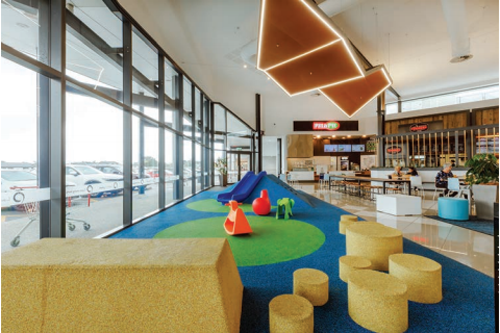 “Papamoa Plaza really reflects how a modern shopping centre should look and feel. It is more than just a collection of shops with a village green space outside for people to gather. It’s been wonderful to have been involved in this significant development which will serve this rapidly growing community for years to come.”

New base in Wanaka for vet clinic
Tom O'Leary Mar 21