Pan Pac, which grows, processes and delivers quality radiata products to international markets, originated in 1971 on a Whirinaki industrial site, 20 kilometres north of Napier. In 2007, it became wholly owned by Oji Green Resources, a fully owned subsidiary of Oji Holdings Corporation of Japan.

“We had all our assets in Hawke’s Bay and if there’s a significant issue [e.g. natural disaster] Hawke’s Bay would have limited ability to export to our customers.”Upgrades to the Milburn plant have doubled annual production output of green sawn timber from the now consolidated Milton and Milburn sites to 100,000 cubic metres at Milburn.

This has been possible due to the installation of state-of-the-art drying facilities.“We’ve also invested in a dry handling facility and in the sawmill, all in the last three years.” “It’s all about quality of product to our customers.”About 95% of production is exported to more than 20 countries around the world.

“Our ability to supply customers with quality product has been assisted by the good support we have received from corporate and private log suppliers.”“Pan Pac Otago is the largest wood processing facility in Otago and the investment has been aimed at creating a state-of-the-art production facility that is competitive internationally.”

In addition to increased production, key performance indicators have been trending upwards since the upgrades; recovery of raw material has increased year-on-year, as has sawmill up-time which has increased by more than 30%.

There has also been a very pleasing parallel success story.“Most significant is that we have been four years without a lost-time-injury. In a heavy manual environment it’s a significant milestone.” 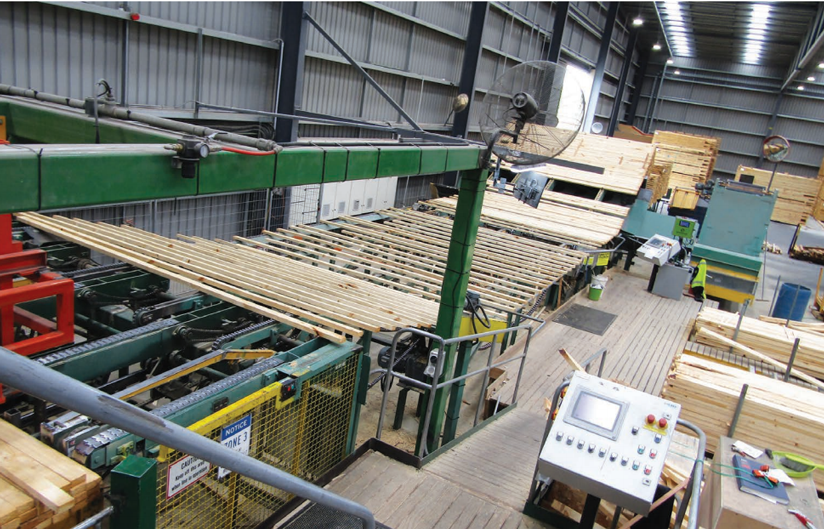 Upgrades to the Milburn plant have doubled annual production output of green sawn timber from the now consolidated Milton and Milburn sites.

Achieving this has required intensive consultative management with staff and contractors, good communication and feedback and cultivating an “exceptionally solid” team ethic.“I’ve worked in both New Zealand and Australia and this team by far is the best team I’ve ever been involved with.

“Everybody has a lot of trust in each other and their abilities.”Although Pan Pac is overseas owned, it continues to be deeply rooted in New Zealand, with the combined benefit of considerable international capital backing and substantial investment in the regions where it operates.

This regional investment is much more than economic. Pan Pac supports the communities in which it operates by making financial donations to a wide range of local charities, schools, sports clubs and other organisations.

In Otago, a partnership was formed to implement native planting and restoration within the Sinclair Wetlands, an internationally renowned wetlands covering about three square kilometres south-west of Dunedin.Local volunteers started planting in November 2018, followed by Pan Pac Otago staff a month later.

“During the project about 1,287 volunteer hours were contributed, including by several hostels from the Otago University, Rotary Youth Leadership Group, Rotary combined clubs Otago, International Students abroad and local volunteers.”The final wetland plants went in the ground late February 2019 with a total of 8275 plants having been placed.