In June OceanaGold Waihi celebrated 30 years of modern mining and 3 million ounces of gold production from the modern Martha mine.

To mark the occasion staff were presented with a commemorative gold and silver coin showing the Cornish Pumphouse, mine truck and underground drilling machine.

Staff then enjoyed a spit roast dinner on site. A video was shown of highlights from the last 30 years set to music from 1988 – the first year gold was poured from the site.

“It provoked a lot of laughter as obviously things like health and safety has changed over the years. Staff with shorts and singlets, no safety glasses – things you’d never do these days,” says Kit Wilson.

Recognising the role the mine play in the community the public was treated to a giant fireworks display above the Martha open pit.

“There were thousands of people there. We had a lot of feedback pouring in afterwards. It was a fantastic free event,” says Kit.

He says that the 30-year anniversary is a big deal for the small community. “Over the years we’ve always thought we would be closing soon.

“Our mine life has often only been three or four years. I doubt that when the mine started in 1988 that people thought it would still be going 30 years later.

Now we are not only over the 30 year line but are looking at another ten years of work if not more.

We know that 40-45% of the economic throughput of this town relies on the mine so 30 years is a big deal.

“Our detractors tell us gold mining is a boom or bust industry and I think we’ve clearly demonstrated this is not the case. It’s here for the long term and contributes to the community over the long term.” 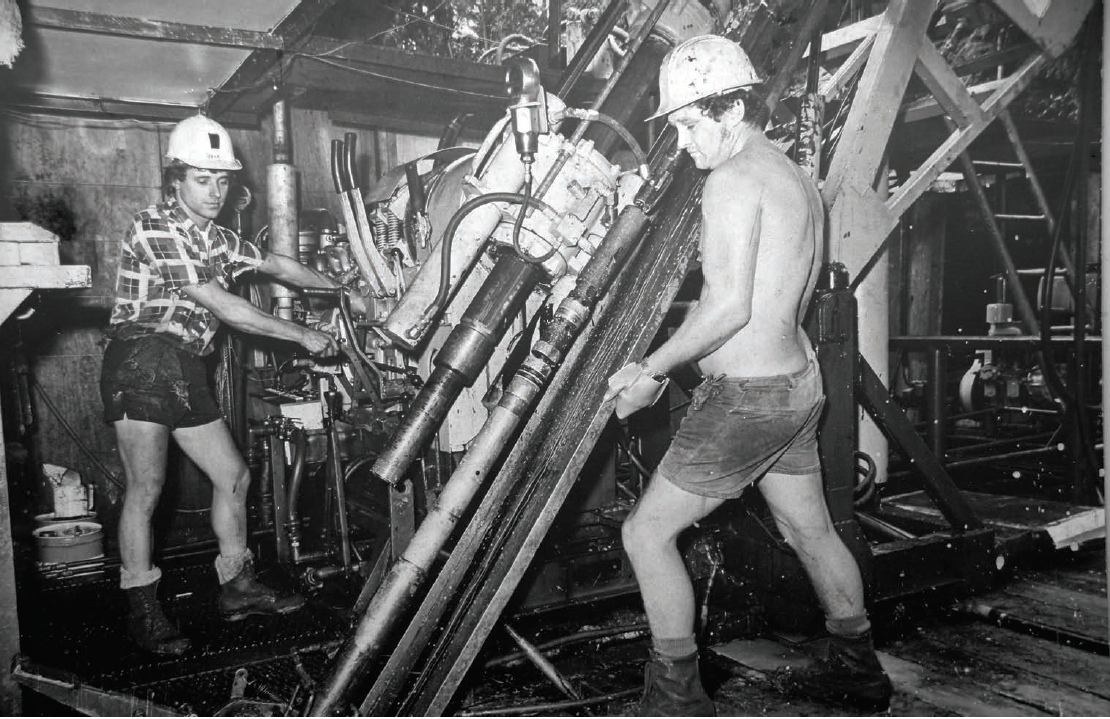 The way they were – exploration drilling at Waihi back in the early days of the Martha Mine’s life.

Big changes made over the years
Kim Stewart Oct 02