ID Loader’s core operations are drainage and roading and projects such as this retaining wall.

Third generation family civil engineering company ID Loader is now under the ownership of a trio of siblings and cousins who have taken the helm of the company started by their grandfather Ian 65 years ago.

ID Loader was initially based around bulldozer work in the local district, and expanded to include major clients like Wanganui District Council and NZTA.

Having each worked in the business for nearly 20 years, brothers Hayden and Matt Loader and their cousin Justin bought the business from their fathers on March 1 2019. Their fathers subsequently retired at the end of 2019.

Hayden is general manager and says the new generation has a slightly different vision from the previous.

“We are looking more towards growth, image and professionalism is key,” he says.

“While the safety and wellbeing of our staff is always priority number one, we’re looking at maximising profit through increased efficiencies, upskilling staff, and investment in up to date equipment to ensure we can get the work done to programme.”

ID Loader’s management team is pushing the dollars and by the same token, resourcing the team well enough so they can do the work efficiently.

During the past 12 months, ID Loader has refurbished its premises on Hatrick Street, Wanganui.

Closing down its landscape supplies operation freed up space in the yard, so the company has refurbished and reconfigured its buildings to make the contracting yard more useable.

With new fencing the working environment has been improved for all of ID Loader’s 62 staff.

Hayden, Matt, and Justin are celebrating the successful completion of a stand-out project which has been running for two years but was completed under their ownership.

“The multi-million dollar retaining wall project stands out from what we’ve done previously because of its high dollar value,” Hayden says.

“We won it based on the track record and relationship we have with the client, proving we had the skills and resources throughout our company to deliver a high quality project for a fair price and done on time.”

He says this professional approach is augmented by the team on site who keep a nice tidy site and complete their works well and to specification.

ID Loader provided early contractor involvement on this project, getting around the table with the main contractor Higgins Construction and client NZTA to share its thoughts on constructability of the design.

Another recent project had ID Loader helping to open State Highway 4 near Raetihi, after a slip collapsed the road in October. 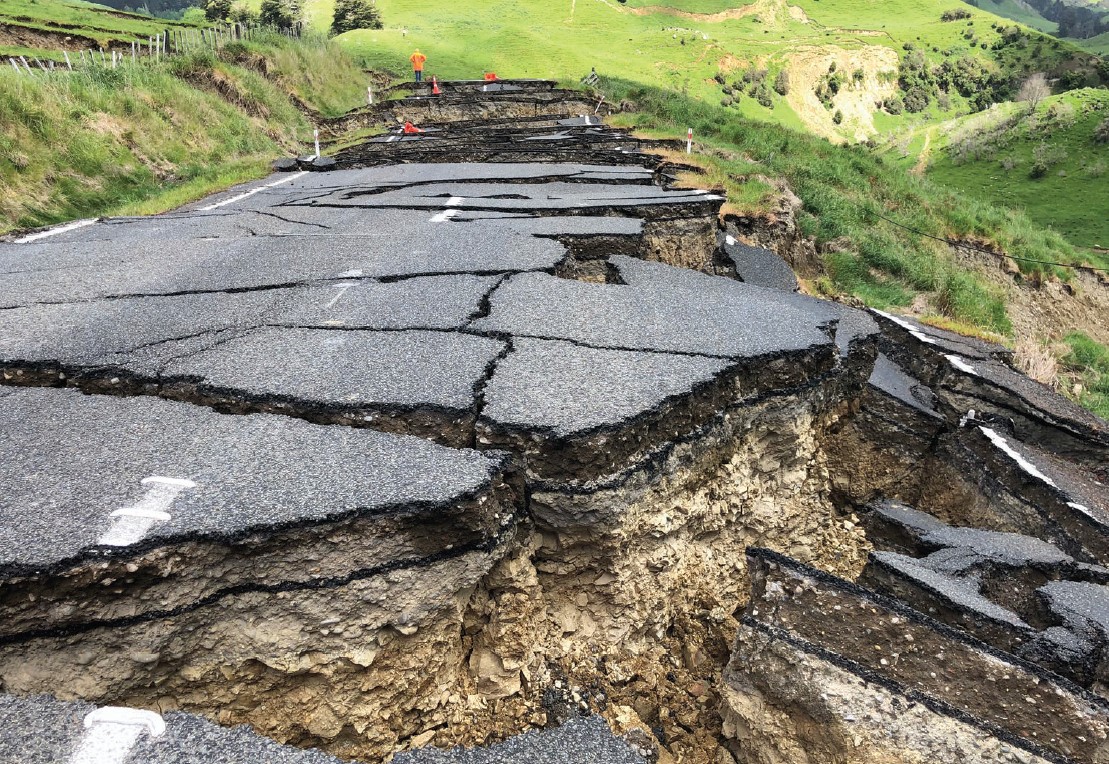 ID Loader was involved in the remediation of State Highway 4 near Raetihi, after a slip at Matahiwi collapsed the road in October. Below, the new highway was finished in time for the busy Christmas holiday period.

“We helped to build a road just on Christmas and with a huge push, got it open for everyone travelling between Wanganui and Raetihi.”

Tags:
Previous Article
Awards win a credit to all involved
Next Article
Firm reaps rewards on the Kapiti Coast