The new Darfield Four Square supermarket has three times the floor space of the previous store on site, and includes a purpose built bakery, delicatessen and chillers, and a separate café

Located on the same site as the previous store, customers are enjoying a Supermarket three times the floor space complete with purpose built bakery, delicatessen and chillers, and a separate café adding to the customer experience.

“It looks pretty impressive now and the owner/operators Kelvin and Delwyn and Foodstuffs are happy,” says John McIntosh, Managing Director of McIntosh Commercial Construction. “The Supermarket was officially opened in Mid-August and it’s a great asset for the local community.”

Having successfully completed several Food-stuffs buildings over the years including Methven’s Four Square about eight years ago, when McIntosh Commercial Construction heard about the Darfield project they requested to be put on the tender list.

“We’d built up valuable experience with the previous projects along with relationships with many of Foodstuffs preferred subcontractors and their project manager.

The depth of history that John refers to goes back to his great grandfather who originally founded the McIntosh’s business. Over the years the business has been developed and grown by succeeding generations and now encompasses residential and commercial construction, painting and precast concrete operations.

A fourth generation chippie by trade, John served his time as a carpenter but an accident some years ago left him with three broken vertebrae in his spine. “I decided to have a bit of a change and studied as a quantity surveyor and then a as a construction manager.

To be honest I still like getting back on the tools. Even on the Darfield project we had a day when we were struggling to get things done and so I ended up putting the tool belt on.” 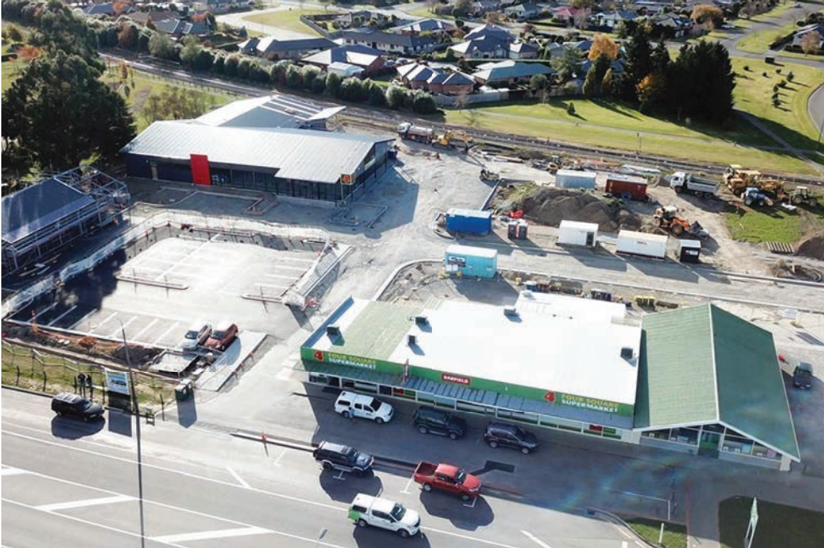 Based in the new Business Estate on the north side of Ashburton, the McIntosh business operates the depth and breadth of the South Island with precast concrete work even stretching to Antarctica. “Our big point of difference is that we’re a family orientated company and very close knit. Dad is still actively involved in the business.

John says McIntosh Commercial Construction is small enough that it doesn’t have the big company overheads but still has the capacity to handle the bigger projects and successfully deliver them.