Happy client Grant Edwards - experience has proven that once the soil receives exactly what it needs, improvement in fertility is noticeable in a relatively short period and remains good long-term.

Kiwi Fertiliser Co. Ltd was founded by Ron McLean, who after decades in the trucking industry, based around transporting Lime and Fertiliser, decided to do something about the state of farmers’ declining soil fertility.

It was the farmers themselves that shared their concerns to him about the depletive direction their soils were heading in.

“I was delivering fertiliser and lime all over New Zealand and the theme of disgruntled farmers despairing at the break-down in their soil fertility became more and more apparent. Something was going horribly wrong.”

That something came down to the reliance farmers placed on prescribed directions from fertiliser cooperative reps that often resulted in the application of too much phosphate and nitrogen.

“I researched the work of Dr William Albrecht, emeritus professor of soils at the University of Missouri,” Ron explains.

From this observation he evolved formula for the ideal percentages of elements in various soils.

Ron says that calcium, magnesium, potassium and sodium are critical in supporting soil to hold on to essential nutrients and consequently grow superior pastures and crops.

In 2009 Ron was invited to attend a three-day soil fertility and introductory course presented by Neal Kinsey, from Kinsey Agricultural Services, Missouri.

This experience confirmed just how critical accurate, effective, objective and consistent soil testing had to be, in terms of administration of essential nutrients to the soil. 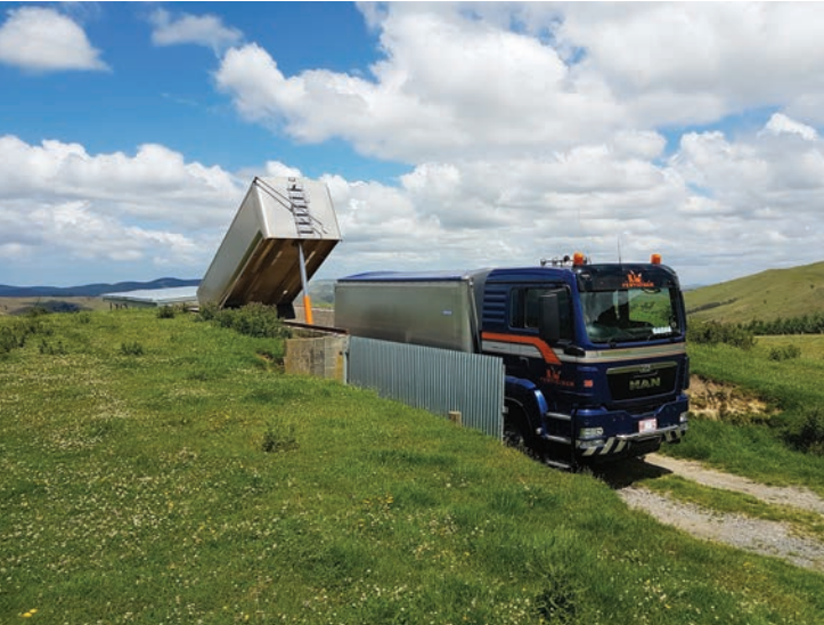 Kiwi Fertiliser Co. Ltd has a team of 12 experienced consultants based in the North Island.

The chemistry of the products is used to change the physical properties of the soil, to improve the environment for the microbes.

Microbes solubilise the minerals for the plants and in return, the plants exude sugars into the soil to feed the microbes.

It is a regenerative process, not a degenerative one that should be occurring when your fertiliser is applied.

“We have found by sending our soil samples to the independent PAL lab in Missouri, there is more extraction done resulting in more consistency across samples.”

Kiwi Fertiliser Co. Ltd has a team of 12 experienced consultants based in the North Island.

These consultants visit client farmers and growers, taking soil samples annually that are sent to the US laboratory.

Within 12 to 16 days the lab emails comprehensive reports which the consultants are formally trained to convert to recommendations that are prioritised to correct soil fertility, starting with the weakest link.

“We don’t have a generic fertiliser that we sell to everyone. We prepare a custom blend specific for each area tested.

“It’s apparent that the biggest issues have been in calcium and magnesium deficiency.”

New Zealand’s relatively high rainfall can also impact negatively on calcium levels through constant leaching of the mineral through the soil profile.

Experience has proven that once the soil receives exactly what it needs, improvement in fertility is noticeable in a relatively short period and remains good long-term.

After the first year’s application pasture and crop production and animal health can improve and by year 5 a 35% gain, particularly in pasture quality is common.

Ron thinks the deterioration in New Zealand soil has taken up to 60 years to play through, with far too much phosphate and nitrogen having been applied in order to treat symptoms of a declining system instead of tackling root causes of poor performance.

“Production should never be a measure of success. That role belongs to profitability.”

This year Kiwi Fertiliser is looking forward to welcoming Neal Kinsey back for his 10th visit to New Zealand.