A challenging build at the beachside

When completed The Grove in Orewa will offer over 70 apartments. Construction is taking place over three stages.

Kalmar Constructionhas just completed stage one of The Grove retirement village project. Located in Orewa, 40 kilometres north of Auckland, the development is on a level site just five minute’s walk from the beach and close to Orewa’s shops and cafes.

The first building comprises three levels and includes an underground car park and 27 apartments with conservatories. The building also includes common areas for residents to enjoy. Constructed from precast concrete panels and structural steel the building is clad in Titan façade panel as well as board and batten as a design feature.

Kalmar Constructionn quantity surveyor Steven Francis says, the build progressed smoothly with the main challenges being the ground conditions, which were sandy soils with a high water table. This meant the site had to be de-watered during the initial stages of the build until the structure was heavy enough to prevent water pushing up.

As some works had to be undertaken on the nearby road and footpath, traffic and management of the general public were other aspects of the project, which necessitated Kalmar’s expertise to ensure the project continued to flow.

Typically Kalmar Construction likes to be involved in projects early as this is where the most value can be added regarding buildability and influencing the project costs from the client’s perspective, says Steven, and this was exactly the case with The Grove.

“The Kalmar team collaborated with the client and design teams to offer practical value engineering solutions, to support the feasibility of this design and build development,” he explains.The village is being developed as a joint venture between entities associated with Senior Trust and Aegis Projects Limited.

Construction of stage one started in late 2017 and stage two is in the design stage with Kalmar once again involved to add value. The entire project will include three stages and offer over 70 apartments.Steven says that The Grove is a real team effort.

Kalmar has a number of projects recently completed and underway in the busy Auckland construction market. Kalmar has recently finished stage three of the $180 million Sugartree apartment development in Nelson Street, having completed stages one and two. 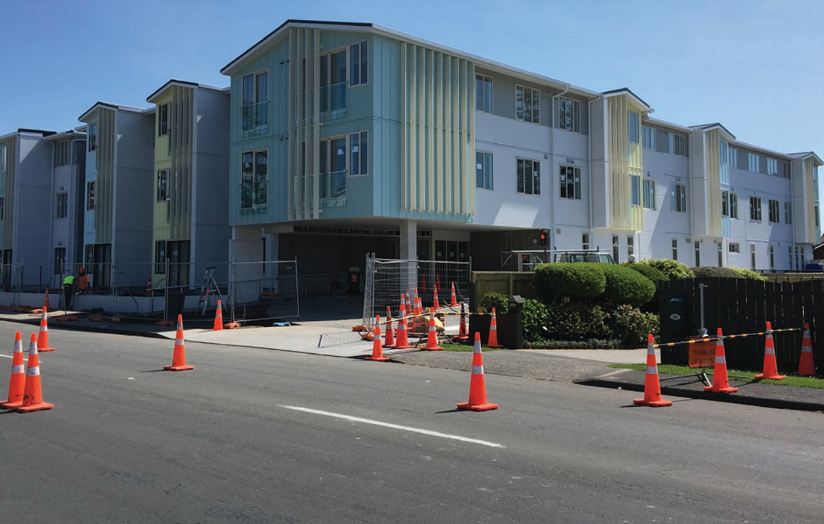 The first building of The Grove retirement village project comprises three levels and includes an underground car park and 27 apartments with conservatories.

The $77 million final stage of the development comprises a 13-storey building with two levels of basement car parking, 285 apartments, and 13 commercia l units. Before the end of the year Kalmar will complete Skhy2, comprising 47 apartments, 13 commercial units located in Khyber Pass Road and Bloom Hirstich in Manurewa, 72 apartments.

Established in 2001, Kalmar Construction is a New Zealand-owned company with founding direc-tors Peter Kay and Bert Denee personally involved in every project.

Kalmar Constructionworks across the commercial, industrial, civic, residential and design build sectors and offers a complete start to finish service from first consultation to final opening. Over the years Kalmar Construction has won a number of awards in recognition for its work.

The company is a member of the Registered Master Builders Association of New Zealand and the New Zealand Green Building Council. Steven says that Kalmar offers the approach of a large company as to how it undertakes projects combined with the personal approach of a much smaller company offering a unique service.