Builder Jack Swart admits he almost put a major house renovation project he has just completed at Brodie Lane, Pauanui in the too hard basket.

Ground issues on the site, discovered once the project had kicked off, necessitated a re-think and some extensive ground and foundation works to remedy. To get the high level of finish the client desired meant that everything had to be perfectly level.

“But I thought – I can do this, I won’t let it beat me,” says Jack who has 50 years’ building experience and operates Jack Built Limited.

The resulting stunning home is testament to the skills of Jack and his team.Situated on a large 1800sqm piece of land, the original home was built in the 80s in the exclusive Hopper Developments subdivision.

The ground of the site is located on a sand spit by the channel entrance and organic matter was discovered layered in the sand that had settled and subsided. Holes were bored down and the foundation reinforced with concrete and steel.

The home was extensively renovated both inside and out. The existing cladding – a mix of brick and cedar – was removed. The bricks were re-used and bagged and plastered then painted.

This was combined with James Hardie weatherboard cladding. A new roof by Ambro Metals was hand cut and meticulously installed.

LED lighting and automation was included in the home, timber flooring, a fireplace and extensive kwila decking. Jack Built worked in with the landscape designer to achieve a stunning result that ties in with the overall design of the home.

The duration of the entire project was two years and the roof alone took five months to complete, giving some indication of the complexity of the project and the amount of detail involved in every aspect of the build.

Jack Built has also recently completed a bespoke new home build at the canals in Pauanui. 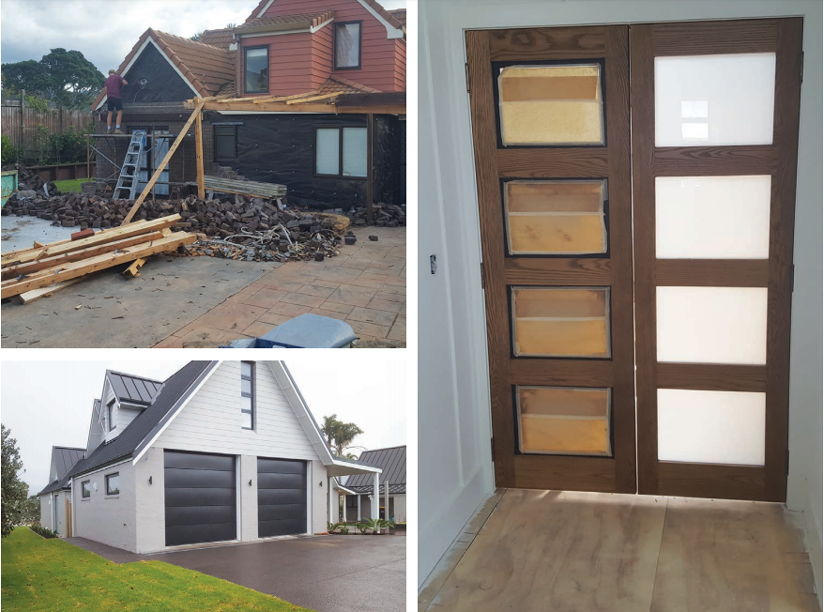 A complex renovation that took two years to complete, the results well worth the work involved.

The architecturally designed home was clad in imported materials including tonka wood.Jack started building straight out of school and immediately worked under his own name after qualifying.

Based in Hamilton, he has largely worked in this city and Paunanui, as he owns a holiday home there. Most work has been by word of mouth from satisfied clients. Jack Built specialises in residential construction but has also completed light commercial projects.

After a lifetime of building Jack says the house at Brodie Lane will probably be his last big project before he retires. He credits his team of builders, many of whom he trained up as apprentices, and subcontractors as a key part of the successful projects Jack Built completes.

“It’s been a fantastic project for me and my team. At Jack Built we always try to be the best at what we do and get the best outcome for the client.”