Transport through time a major attraction

Transport World has something for everyone including family-friendly areas such as the LEGO room.

The range of year-round attractions that now call a southern tourism hub home cater for the widest of audiences. Invercargill-based Transport World has the vision of creating New Zealand’s premier wheeled tourist destination, bringing a growing number of domestic and international visitors to the city for a world-class experience in the south.

“There’s something for everybody at Bill Richard-son Transport World, from our world-class collection of vehicles that appeal to motoring enthusiasts through to vintage vaults, a movie theatre, and family-friendly areas like our LEGO room – which is just as popular with adults as younger visitors.

“Meanwhile over at Dig This Invercargill, children from as young as five can have a go operating machinery in our giant gravel pit.

“There are gruntier pieces of machinery suitable for adults and even the youngest members of the family can get in on the action; our on-site café and sandpit, which has miniature versions of the machines roaring around nearby, makes it the ideal spot to visit for a family day out.”

At Classic Motorcycle Mecca, the leading motor-cycle collection in the Southern Hemisphere, a new exhibit celebrating homegrown motorsport icon George Begg will be opened in February 2020.

Further bolstering its offerings, the company opened The Lodges at Transport Would, a boutique accommodation offering with six luxury apartments right across the road from Bill Richardson Transport World in 2017, and opened a seventh apartment late October.

The Lodges is the only Invercargill accommodation provider to have attained a Gold Qualmark rating from Tourism New Zealand.

For events, Bill Richardson Transport World is a unique venue with more than nine spaces and the ability to cater for five to 1000 people. 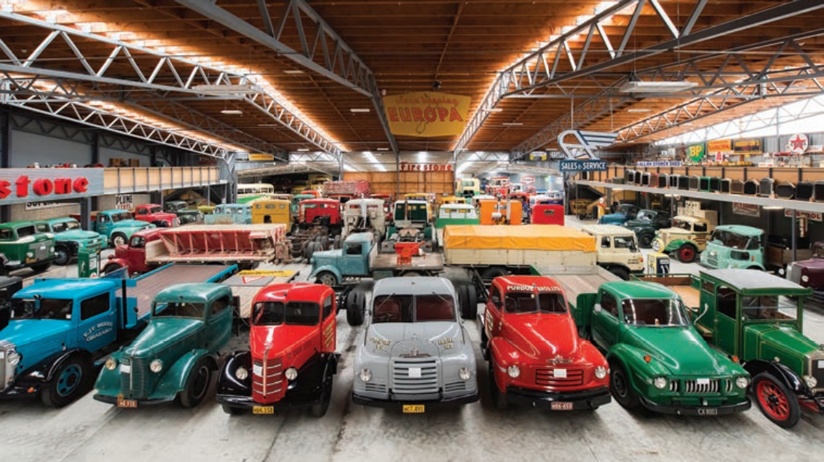 It is one of Invercargill’s most versatile venues, has hosted glamorous gala parties, intimate cocktail evenings, beautiful weddings and hundreds of conferences and is an Invercargill conference facilities and functions venue that provides endless opportunities.

In addition, The Handle Bar at Classic Motorcycle Mecca is Invercargill’s newest events space and is suited for cocktail events or intimate sit-down dinners.

“It features the same quirky touches as our events spaces at Bill Richardson Transport World, and showcases the sympathetic restoration of two heritage buildings in Invercargill’s inner-city.”

The emergence of Transport World as a major tourism provider in New Zealand is extremely timely on the back of Air New Zealand creating a fi ve-day-a-week direct route from Auckland.

In addition, Invercargill is about to undergo a radical transformation in a multi-million-dollar redevelopment heralded as a once-in-a-lifetime opportunity to revitalise the heart of the city.

Consent and funding for the $160 million-dollar project has been confirmed and demolition of most of a central city block is expected to be soon under-way. The project has been spearheaded by HWCP, a joint venture between H W Richardson Group and the Invercargill City Council.

HWCP chairman Scott O’Donnell says the project will create a vibrant, bustling city centre.The O’Donnell family is contributing up to $25m to the project.

The redevelopment will include eateries, retailers, a covered multi-storey carpark, a medical centre, office blocks and apartments.

Tags:
Previous Article
A taste of opulence in Central Otago
Next Article
Events in Southland have really kicked up a gear