Community hub a winner on all fronts

Foxton’s Te Awahou Nieuwe Stroom has become an integral part of the community since it opened on November 18 last year.

Te Awahou Nieuwe Stroom is a multi-purpose community hub dedicated to the preservation and development of Horowhenua’s cultural, social, and economic heritage.

“It provides services for the local Foxton community, as well as facilities, events, and exhibitions attracting visitors from across Horowhenua and outside the district.”

Eight months after opening, 111,231 people had visited Te Awahou Nieuwe Stroom, and Foxton Library book issues for December 2017 were up 78% from December 2016.

“Being part of Te Awahou Nieuwe Stroom has put our library at the heart of the community, and that is reﬂ ected in the positive lending statistics,” says Hendrix.

In addition to a thriving library, Te Awahou Nieuwe Stroom has maintained a busy and varied schedule of events, including Sinterklaas by the Manawatu Dutch Society, glass art workshops by Australian glass artist Ruth Oliphant, an on-site holiday programme during the summer holidays, musical duo Toi Warbrick, the Big Dutch Day Out, and the Abel Tasman Exhibition.

Te Awahou Nieuwe Stroom has also hosted tour groups from Foxton Day Tours, and even a wedding. Hendrix says the facility is giving Foxton people opportunities they never had before. 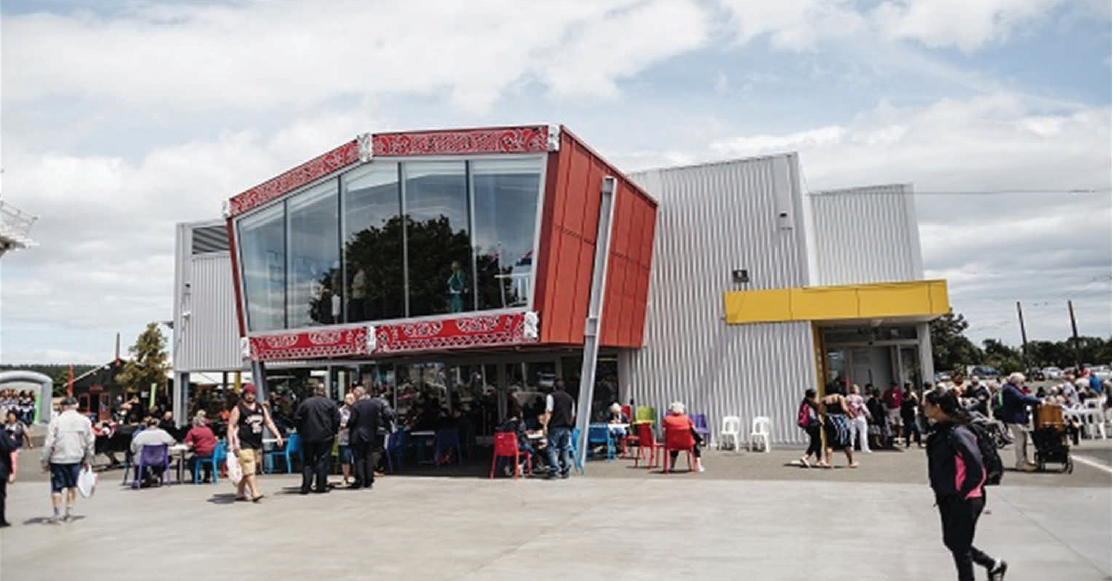 He says the awards reﬂect the growing national and international recognition that the facility is a great asset for the Foxton community and an outstanding example of what can be achieved by working together.

“The awards recognise the incredible contributions of many individuals, organisations, and the community over a number of years,” he says. “Everyone involved in making Horowhenua District Council a reality can be very proud.”

Tags:
Previous Article
Bathurst Resources not fazed by block on Sullivan purchase
Next Article
Upsides for WestSide around oil and gas