This 135-year-old Nelson building has been lovingly transformed back to the grand colonial building it once was; below the building as it was before restoration.

A tired, withered old lady no more – a 135-year-old Nelsonian has been lovingly transformed back to the grand colonial building she once was, again enjoyed by all who grace her doors.

And who better to perform the restorative magic than Homes Created – the Nelson based specialist in beautiful architectural builds.

At the heart of Homes Created is husband and wife partnership Alistair Middleton and Barbara Lawson.

Around the corner from where Alistair and Bar-bara live, in a Nelson suburb called ‘The Wood’, a very rundown two-storey colonial building sitting on 800sqm of land came up for sale.

Three days later and in partnership with Redbox Architects – Justin and Gina Fletcher, the property was purchased.

Throughout its long life the building had always been a shop downstairs with living accommodation upstairs but in latter years the building’s maintenance had fallen into neglect.

“We slowly pulled everything down so that we could start restoration, ensuring it was in keeping with the neighbouring property,” says Alistair.

Taking the approach that there was no turning back, the brave team at Homes Created just got on with the job, replacing 75% of the weatherboards and 50% of the framing timber.

Reroofed, rewired, replumbed and earthquake strengthened it was time to start on the inside.

“The upstairs was gutted re-gibbed and painted. 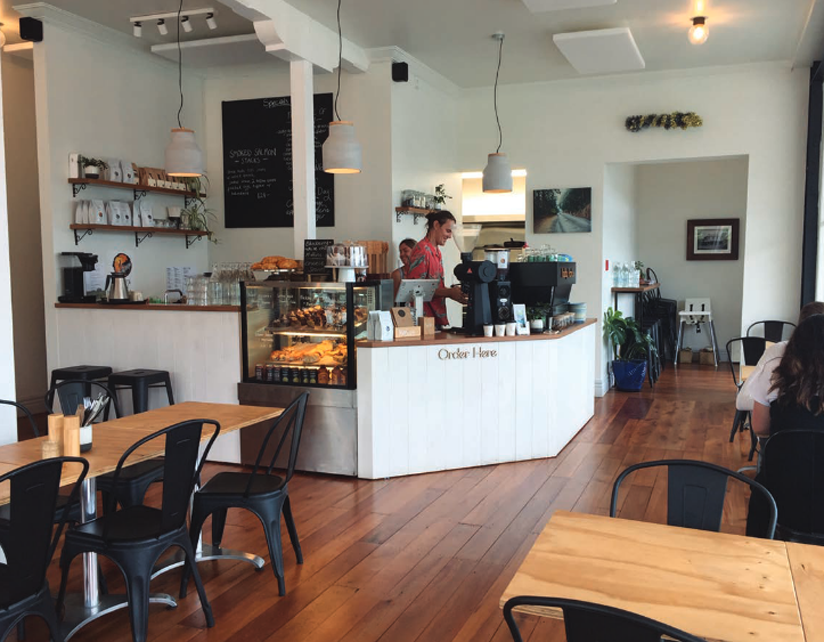 The restored building houses a cafe on the ground floor.

“We re-used all the old floorboards and sanded them up, took the doors off and re-fixed them, new skirting boards and architraves—everything looks as it should be for the era—but it’s mostly pretty new.”

The upper level restored to all its shining glory, a tenant quickly took it up.

The intention was always for the lower level to become a cafe and that too was taken up quickly, becoming ‘Bobby Franks Café’ and doing very well serving good coffee with fabulous food.

Having applied for a SHA (Special Housing Accord) on the rest of the land, Homes Created is now building Sydney/Melbourne style townhouses adjacent to the original old building on the remaining land.

“We decided that we wanted to be building smaller more affordable architecturally designed homes for families and established Homes Created about 6 years ago,” explains Barbara.

As a director on the national board of Master Builders, Alistair has gone to the heights of the building industry—but Barbara says Alistair’s real passion lies in the nitty gritty of getting a house off the ground.

“I enjoy the challenge of architectural homes,” adds Alistair.

“Over the years I’ve done so many builds on the hills and I’ve just got used to it.

I know exactly what I’m doing, how I’m doing it, the best way of doing it and approaching it differently to get the best result.”

Hailing from Wellington, Alistair had plenty of opportunity to hone his skills building hillside properties and now plies that regularly in Nelson where there is a distinct shortage of available flat land.

Alistair says clients looking to build on the hill of-ten don’t get it quoted properly or they buy a piece of land and get horrified at the construction cost.

“We quote people a real price for building on the hill.

“Half your budgets gone before anything is done – cutting into the land, stabalising it, getting geotechnical reports and putting retaining walls in.

“If we get involved early we can give a realistic price for an architectural home.”

With degrees in business and visual arts, Barbara complements her husband’s special set of skills and works both behind the scenes as well as centre stage.

“I do the administration side of the business along with the interior design work for our spec homes.

“I also make that service available to clients who commission us to build them a home.”

Masters at creating beautiful spaces, Homes Created have utilised their architectural skills, breathing life back into the barely living enabling one of the first commercial buildings in Nelson to again be a vital part of The Wood neighbourhood.