Ingenuity and expertise sought after

King Country helicopter services company Heli A1 will be showcasing Kiwi ingenuity on a global scale next year, when it provides its services to the Gough Island Restoration Project in the middle of the South Atlantic Ocean.

Gough Island is a remote and uninhabited island which is relied upon for nesting by millions of the world’s most unique seabirds.

Mice were accidentally introduced to the island by sailors in the 19th century, and these are now killing more than one million seabird chicks every year, pushing some species towards extinction.

In 2020, rodenticide bait will be spread across Gough Island, in an attempt to to eradicate the mice and restore the island to its natural state.

Heli A1 has been providing agricultural and commercial helicopter services to the greater Waikato region since 2005.

With a proficient agricultural division which is becoming more and more experienced in fertiliser spreading on high producing dairy country by the day, Heli A1 was sought out by a Gough Island Restoration Project consultant last year.

“He turned up to look at our trailer conveyor fertiliser loading system,” says Heli A1 business manager Alex Mudford.

“He sent us the Expression of Interest, and we tendered for and won the project with a Johannesburg-based helicopter company as our joint venture partner.”

Heli A1 has been keen to get involved in island eradication work for a while, and missed out on the Antipodes Eradication project in the winter of 2016 due to lack of offshore experience. 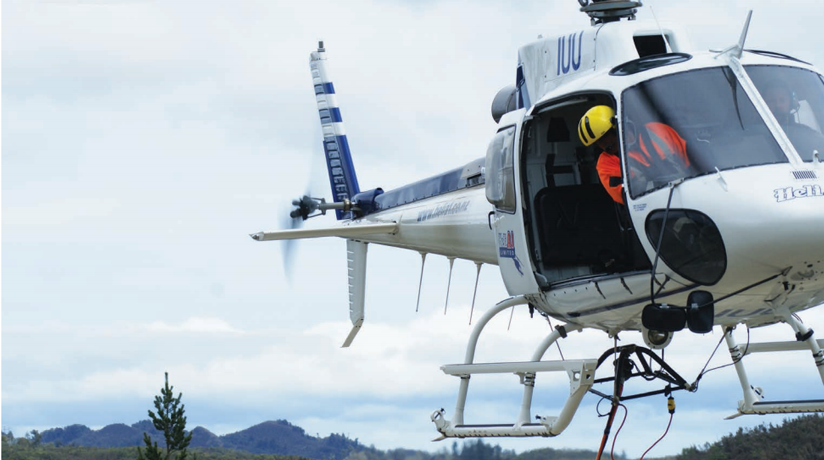 Heli A1 is looking forward to proving the accuracy and consistency of its spreading procedures with a successful outcome in the upcoming South Atlantic operation.

So in the same winter, Heli A1 sent its AS350BA with crew to complete lifting works in Tonga, lifting more than 70 tons of tower structure and radio equipment.

“That gave us the offshore experience these tenders require,” Alex says.

“We’ve now got our foot in the door, with one of the most difficult projects you could hope to start out with.”

The Gough Island Restoration Project is going to be logistically complex due to the island’s remoteness, tough terrain, and harsh weather conditions.

A ship will take a team of about 40, including some of the world’s leading experts in rodent eradications, the helicopters and associated plant and equipment on a six-day sail to the island.

The helicopters will be used to lift off about 400 tons worth of equipment, then the team will settle in to the programme for the next three to four months.

Heli A1 is looking forward to proving the accuracy and consistency of its spreading equipment and procedures with a successful outcome in the South Atlantic.

Here at home, Heli A1’s stringent safety and compliance protocols give agricultural and commercial clients alike peace of mind their project will be undertaken to the highest possible standards.

“We put safety first in everything we do,” Alex says.

“This approach has helped us to win work for power companies, where we work closely with clients to make the helicopter part of their operation and as efficient as possible, reducing costs and making helicopter use viable.”