Business, community gets behind facility

Businesses and individuals still have the opportunity to gain naming rights to parts of the Fraser Park Sportsville complex in Lower Hutt although options are disappearing rapidly, says Peter Healey, general manager of the Hutt City Communities Facilities Trust, which owns the building.

“People can have a brick engraved for $100 or a paver for $800, that will line the front entrance of the facility, right up to naming rights on changing rooms and squash courts.

“So if you want to have your name on a key facility in for the Hutt Valley come and talk to us,” he says.

From large corporates, such as Ricoh, which has naming rights over the whole complex, to SMES, such as local company G and S Rooﬁng, which sponsored a softball diamond and changing room, the community has been keen to get involved, says Peter.

The project has been two thirds funded by local council with the Trust fundraising for the remainder.

Stage one was completed in 2015 and delivered three new softball diamonds, an artiﬁcial football turf, lighting and landscaping costing $3.5 million.

Stage two, which is currently underway and due for completion later this year, will cost $13.1 million and includes a 3000sqm building serving a range of clubs and codes, including rugby, softball, hockey, football, cricket an d squash. Other features include six squash courts, indoor training facilities and a cafe.

Peter says that the philosophy has always been to deliver a world class sporting facility to the region: “For example the six squash courts are being imported from Germany and will be identical to those used in the Commonwealth Games.

“The sprung ﬂooring in the complex is from Denmark and will be the same as used at the Olympics. It’s about designing something for local use but with international aspirations.

“The pay off for the city is that we hope the facility will attract national and international players and events,” says Peter.

Attracting events will assist the wider local economy as people need places to stay, to eat etc. He says beneﬁ ts have already been noticed from Stage One which is being well utilised.

The Hutt City Community Facilities Trust is a charitable trust and Council Controlled Organisation, established by Hutt City Council in 2012 to promote, develop, own, operate and maintain recreational leisure, and community facilities in Lower Hutt.

Peter says the vision is to develop and maintain world class community facilities that will see communities thrive, the local economy grow and the city become a place where residents are proud to live, work and play. 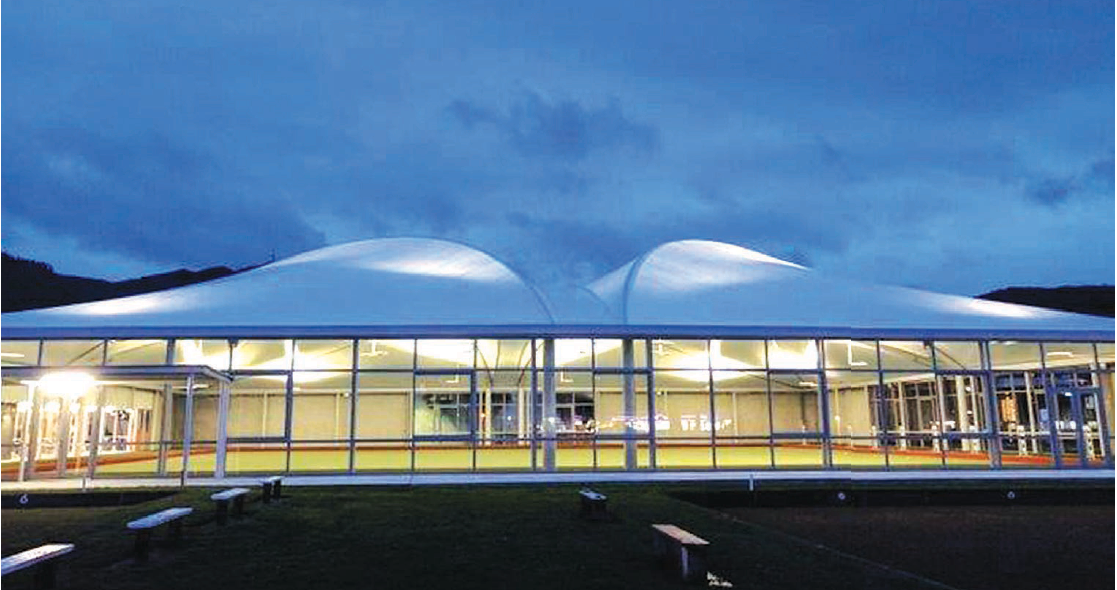 The Hutt City Community Trust has completed $45 million worth of projects since 2013, including the Naenae Bowling Club, considered to be the best bowls facility in Australasia.

The Fraser Park Sportsville complex is the most signiﬁcant project the trust is working on but it is not the only one it has completed. Since 2013 it has constructed $45m worth of projects such as the Naenae Bowling Club, which

opened about six months ago, and is already considered to be the best bowls facility in Australasia attracting some large events and seeing club membership rise from 180 to nearly 900.

Peter says there are also an additional $15-20m of projects in the pipeline with the next one being the Naenae Community Hub multi purpose building and a sports hub in Wainuiomata.