An extra 500sqm of retail space has been added to Fendalton New World, taking its total footprint up to 3000sqm.

Nearly 85 years after Walter Turner opened Turners Grocery Store in a small shop on the corner of Fendalton Road and Clyde Road in Fendalton, the business is still in the family and is now evolving into the large format Fendalton New World.

An 18-month construction programme has added an extra 500sqm of retail space to the existing Fendalton New World, taking its total footprint up to 3000sqm.

Walter’s great grandson and Fendalton New World owner, James Turner, says the store was last extended in 2004, and that project was mainly a back of house extension. “This new extension is around the customer side of the business and the major part of the extra space is going to that,” he says.

“We’ll be offering a better supermarket experience and more of what our customers want.”James’ grandfather Jim got into the grocery game by helping Walter in the shop and delivering groceries on his bicycle after school.

In 1960 the Turners opened a second ‘self help’ store across the road, Fendalton Foodmarket, on the site now occupied by BP Fendalton. Jim took over the business in 1961 after Walter retired.

In 1965, Jim and his brother William bought the site now occupied by Fendalton Mall and started working on creating a supermarket and shopping centre.

In 1968, while still developing Fendalton Mall, Jim became the youngest president of the New Zealand Master Grocers Association. When Walter died in 1974, Jim took his position on the FoodStuffs board, and served there until 1995.

Turners New World opened in 1970 (800 sqm in size). It had major expansions in the 1990s and 2004, and eventually became Fendalton New World James says Jim’s goal was to build a business to meet current and future consumer demands and to be a wholesome member of the community, and that approach remains the same for he and his co-owner, brother Richard.

“But super-marketing has changed an awful lot since the business was opened in 1936. We’re no longer delivering on bicycles, although sometimes a bit of exercise wouldn’t go amiss. There used to be a grocer which was the dry goods, and greengrocers, butchers, and bakers were other businesses. Now we’re all of that and more in one.” 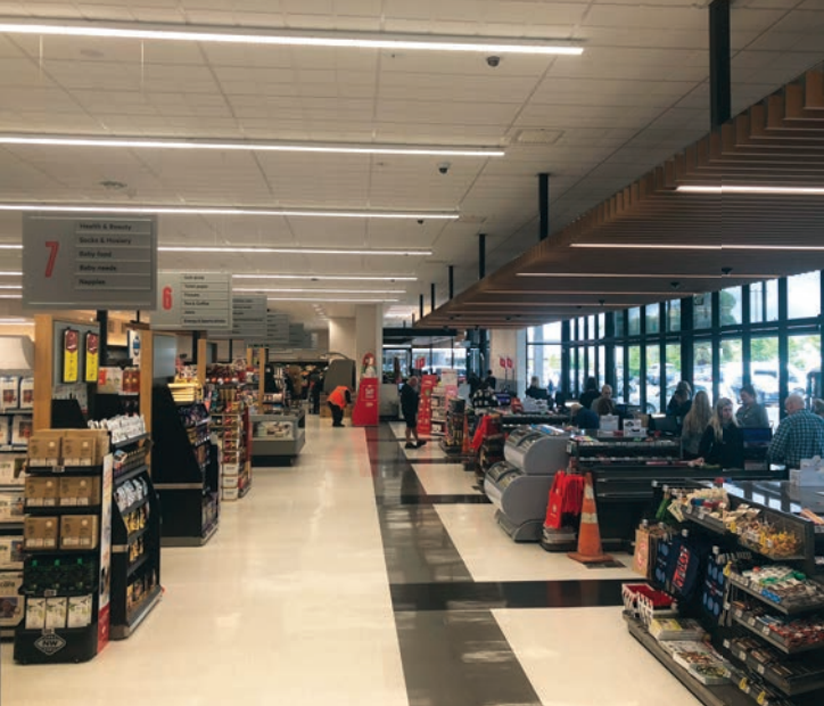 Fendalton New World customers are loving the natural light and the extra space to move around.

Jim passed away in 2016, but James thinks he would be pleased and proud of where the building and the business are heading. Fendalton New World has expanded towards the boundary of the site in one direction, and also demolished a vacant tenancy on the other side to make way for its expansion.

Marrying the new into the old 1970’s building while continuing to trade throughout was challenging and required careful design, planning, and consideration.

James says McCoy and Wixon architects and Armitage Williams Construction along with dozens of subcontractors and consultants were great to work with and provided the necessary expertise in their particular fields.

James say that the expansion and new store layout have been well received by their customers who are loving the natural light and the extra space to move around.

Tags:
Previous Article
Events in Southland have really kicked up a gear
Next Article
Fresh look for pioneering car dealership