Warehouse project has its challenges

The day Christchurch builder Peter Robertshaw completed his apprenticeship he handed in his notice and established his own construction business.

Initially trading as Peter Robertshaw Builders, Peter focused on building high-end residential properties, but in 2000 changed direction to concentrate on his passion for commercial construction.

Trading as EPR Construction Ltd Peter and his team bring a wealth of experience and craftsman-ship to commercial projects ranging from new builds and fit-outs, extensions, renovations and seismic upgrades.

The project commenced early December 2018 with the demolition of part of the office block not required by the building’s new tenants.

Removing 50% of building’s concrete floor, the ground was excavated, new flooring poured and tied into the tilt slab walls.

“The tilt slabs hadn’t previously been tied into the floor and there had been no reinforcing in the floor either so that all had to be sorted out,” Peter says.

“The tilt panels were cracked through earthquake damage and had to be epoxy injected.”

Over the years the building’s exterior had been painted multiple times and had formed a thick crust that had to be water blasted off in order for EPR to locate the extensive cracking.

“Once the cracks were filled new double-glazed windows and doors were put in and the face of the building re-plastered and painted in lighter and trendier colours. Previously the building was painted black.”

Offices, fire system, plumbing and electrical, roofing, gutters were all upgraded, to comply with requirements.

“New paraplegic toilets were built and the existing male and female toilets significantly upgraded. So now the toilets are all tiled floor to ceiling where previously they were just painted concrete and gibboard walls. Two new kitchens were put in—one reasonably large kitchen for the warehouse staff and one upstairs for the office team.”

Peter says the biggest challenge of the project was the replacement of the 2500sqm roof, guttering and drainage system.

“You couldn’t take the whole roof off all at the same time because the office block would be exposed to a downpour of rain.

“So we had to get our timing right and do it progressively.

“We really just got the roof completely replaced in the first week of March, managing to beat the rain.”

Working closely with the EPR team over many projects, John Jones Steel has also been a key player in the supply and installation of the steel work for the seismic strengthening component of the project.

Peter says that having completed a large number of these types of projects, EPR Construction’s strength is in its depth of experience within the team. 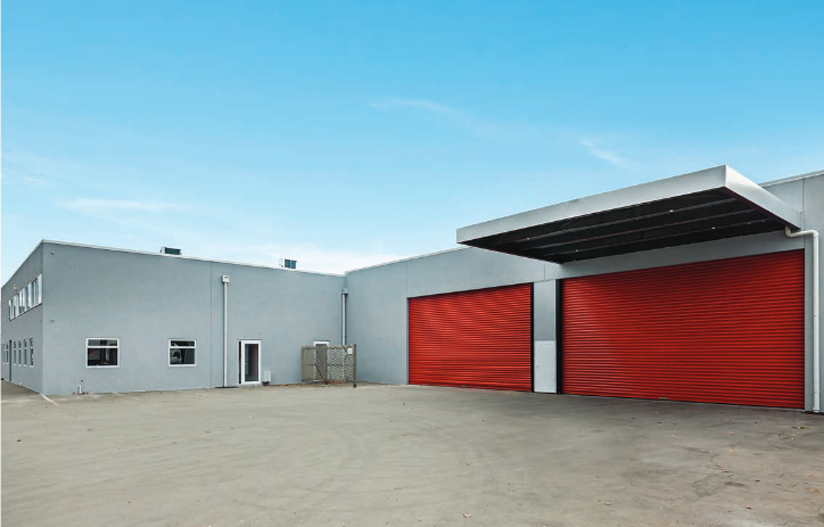 “We have a wealth of experience. Of the 13 staff, the minimum that my qualified tradesmen have been with me would be 7 years.”

Based in Christchurch, the EPR team operates mainly in the Christchurch area but undertakes projects further afield when required.