Waimak region has plenty to offer

Time out: there is plenty for people to enjoy in the Waimakariri District.

More and more people are realising that North Canterbury’s Waimakariri District is a really nice place to live. Immediately following the Christchurch earth-quakes, Waimakariri absorbed 10 years worth of growth in three years putting pressure on roading systems and other infrastructure.

While growth has slowed somewhat it still continues at a relatively fast pace facilitating the delivery of services not previously enjoyed in the local area Completion of the northern motorway and corridor has significantly improved travel between Christchurch and North Canterbury while the Waimakariri District Council has worked hard to ensure local infrastructure has met growth.

Affectionately known as ‘Waimak’ by locals, the area is bordered by the Waimakariri River in the south, the Puketearaki Range in the west, Pegasus Bay in the east and the Hurunui District boundary to the north. The major urban towns are Rangiora and Kaiapoi, with Oxford, Woodend and Pegasus adding to the district’s population and services.

Currently experiencing 2.4% population growth and 3.0% GDP growth, the population of Waimaka-riri has grown consistently since the 2013 census and now has a population of 62,800. Mid level projections estimate that Waimakariri will have a population of 83,100 by 2043.

The most rapid growth area is in the Woodend/Pegasus area with a large number of new sections available. Ravenswood and Pegasus are the largest developments in this area including space for living, retail, commercial and industrial developments.

Miles Dalton, Business Support Manager for Enterprise North Canterbury, the economic development agency for Waikamariri and Hurunui, says there are many factors that make North Canterbury a very attractive place to live.

“If you’re looking for a sense of community Waimak is brilliant. It has just enough people living here that you have got everything you need without it becoming crowded.

“Then of course you have the beaches, the cycle trails, the walking and swimming—all of that beautiful nature stuff. The other side of that is you get the lifestyle while also having the city on your doorstep.” 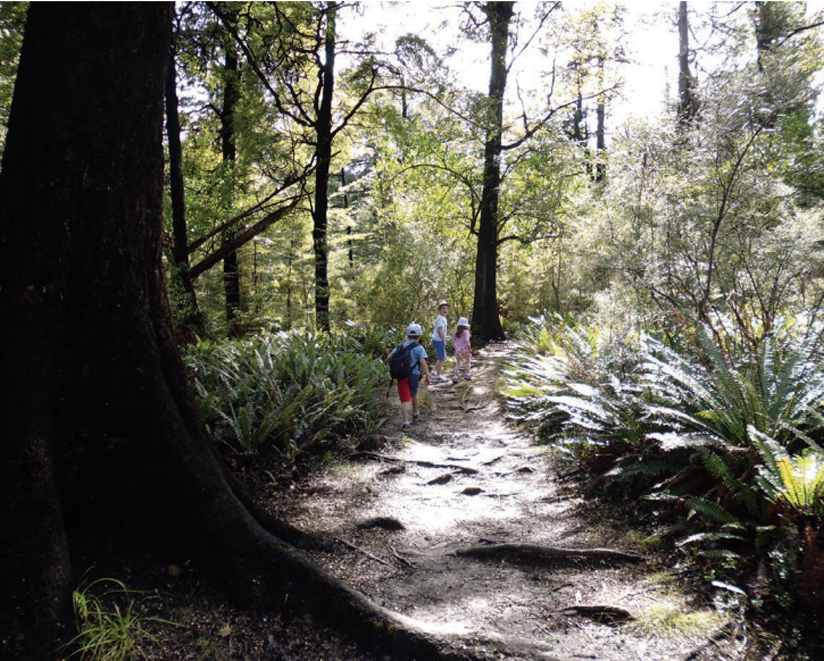 The Waimak region has nature on it’s doorstep with beautiful bush walks and cycle trails.

“But the nuts and bolts of business is the labour force. While North Canterbury has a very low unemployment rate, that’s deceiving because a large number of people commute and work in the city – but would prefer to work locally.”

The district also presents an easier option than the city for business owners wanting larger parcels of land, though leasing a building can be easier than buying due to land banking.Looking to the future two shiny projects are in the wings.

Oxford is preparing to take advantage of the popular new dark skies tourism network forming throughout New Zealand by transforming its current observatory into a tourism and education hub for the town. Though still in its feasibility stages, the vision for an Aquasports park called WHoW is receiving positive backing.

A surf and aquasports park, it will be designed and built to give the feel of a natural ocean surf break and to provide for a wide range of activities and users. “We also have manufacturers looking at coming here, big box-retail are always poking around along with a number of franchises and we always have people starting up their own businesses,” says Miles.

“One thing coming through is after the earth-quakes people came here and set up home-based businesses.  “They’re now at the stage where they need to expand into offices outside of their homes. “So shared space offices are becoming quite popular.”

Tags:
Previous Article
Kiwi North has plenty to offer visitors
Next Article
Tekapo school redevelops with an eye to the future