The adventure begins at the ‘gateway’

Destination Westland is a diverse organisation managing various assets for the Westland District Council and running events such as the renowned Wildfoods Festival.

Tourism through the coast has become increasingly important to the local economy and a part of the South Island adventure where natural beauty flutters its eyelashes around every corner. Yet in recent times, Mother Nature has disrupted travel plans as storms and cyclones wash away bridges, creating havoc.

Bridges from the north, south and the East Coast ,surrounding the West Coast, tempt fate and quietly wait for a major Civil Defence event such as the Alpine Fault to shake things up.

The Gateway to the Coast, Hokitika Airport provides access from the outside world with two Air New Zealand flights arriving each day from Christchurch—adding to the local and wider regional economy.

In the event of a major Civil Defense disaster like earthquake or tsunami, due to its height above sea level, Hokitika airport is likely to be the only remaining airport capable of bringing in emergency services, supplies, equipment and people.

Melanie Anderson, newly appointed CEO for Destination Westland, explains that while there are other airports on the coast, none are as big as Hokitika’s with Civil Defence transport capability.

“Hokitika Airport is the only airport on the coast that has Air New Zealand services. The main aircraft using the runway is the 50 seat Bombardair Q300 plane. It can also take a 78 seat ATR Turbo Prop plane but only at 80% capacity with the length of the runway. There are also a number of charter flights coming into the airport. And Airforce Hercules can land as well—so it’s a big enough airport in the event of a disaster.”

The airport has two runways running at right angles from each other as a risk management strategy. In the event of an earthquake, while one runway may suffer damage, the direction of the quake should leave the other one useable for emergency services. 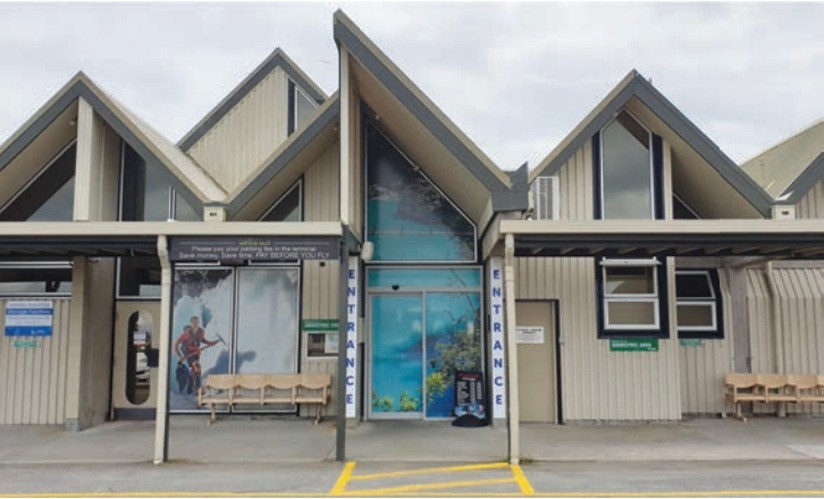 Hokitika Airport – the gateway to the West Coast – is the only airport on the coast that has Air New Zealand capabilities.

Aware that Air New Zealand will be replacing its Q300 flet with the bigger ATRs as required, thought is now being given to extending the main runway within the next five years to fully utilise the ATR’s carrying capacity of 78 passengers.

“That will mean an increase of visitor numbers to the coast either as a destination or as a starting point of their wider South Island journey. That provides benefits to the community and economy as well as the coast’s growth.”

A passionate advocate for the Westland District and Hokitka itself, Melanie says there is no place better to watch the sun setting on the west than standing on Hokitika’s beachfront.

“People don’t seem to realise that there’s more to Hokitika than just the Hokitika Gorge. It is iconic – but there is so much more that it has to offer. You can be surfing, swimming, walking, mountain biking, sailing or skiing all on the same day or just enjoying the local cafes that we have to offer.”

“We also run iSite and events including the Wild-foods Festival which has just celebrated its 30th anniversary. So it is a huge and diverse organisation given the types of portfolios from airport to pensioner housing to events.”