A sculpture acknowledging the tipuna Te Maro has been installed at the Ruatanuika lookout.

The space was redeveloped for the commemoration of explorer James Cook’s landing in New Zealand 250 years ago, and will represent 1000 years of navigation and settlement in Turanganuia-Kiwa Gisborne.

Sculpture and storytelling will acknowledge the ancestor Maia who landed at Tawararo (Kaiti Beach) and settled at the site, through to the landing of Captain Cook at the same site 750 years later. Currie Construction civil project engineer Corin Heath says the highlight of this project is the story it’s going to tell.

A total of 112 steel tukutuku panels, punched with 53,900 individual holes have been woven with 7.3km of cord by volunteers from Ngati Oneone and DOC, Gisborne District Council, and other skilled weavers from around Tairawhiti.

“In weaving, you get to exchange with another person with a barrier between you, and together you offer materials through that barrier and create something quite beautiful at the end,” he says.

“The space aims to balance the historical narratives of the region, bind a sharing of stories, history, and heritage, to bring together our shared differences.”

A sculpture acknowledging the tipuna Te Maro has been installed at the Ruatanuika lookout, and a 1000-year walk bridge and wananga observation facility on Titirangi will be completed next year. 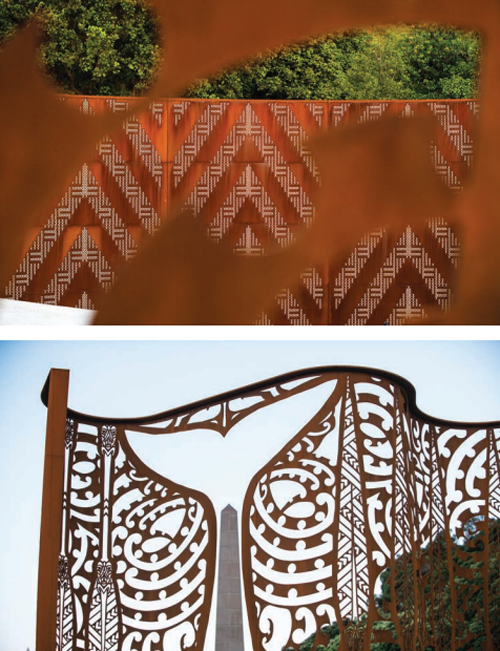 With a staff of about 60, Currie Construction is one of the largest commercial construction companies in its area.

Corin says reliability is a key strength for Currie Construction, certainly in terms of encountering issues and making them right, and an open and honest relationship with all of its clients.

While the commercial construction division is keeping busy with Ministry of Education works and other commercial projects, Currie Construction is now growing its civil division, particularly with specific services like tie back and weep hole drilling, shot crete, and retaining walls.

As one of several subcontractors to tier one companies like Fulton Hogan and Downer Group, Currie Construction’s civil division is looking towards the work happening on fixing flood damage on the region’s road s and associated infrastructure